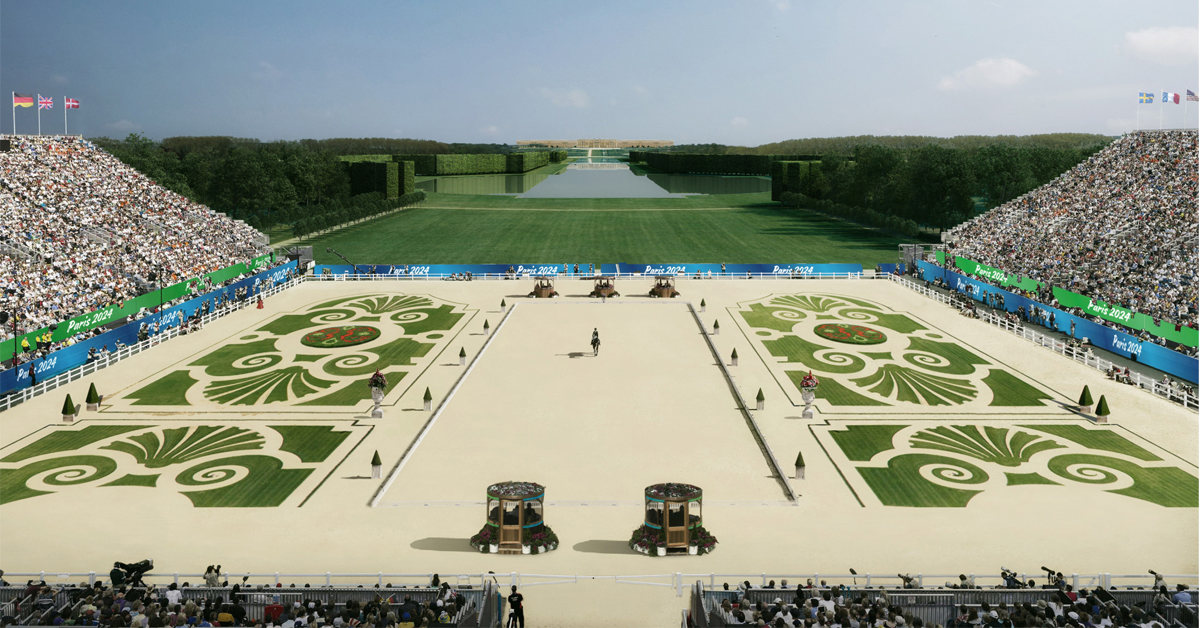 The equestrian sports at Paris 2024 will take place at the Palace of Versailles.

Santiago Varela Ullastres (ESP) and Gregory Bodo (FRA) have been appointed as Co-Course Designers for the Jumping and Jumping Eventing Competitions at the Paris 2024 Olympic Games. The decision was taken by the FEI Board at its last teleconference for 2022 held on 6 December.

Santiago Varela, 54, is a 4* Technical Delegate and Course Designer in Jumping and is one of the sport’s most respected officials.

He was introduced to horses as a child and began designing courses at the Club de Campo de Madrid in 1984 at the age of 14. A year later, he qualified as a “Local Course Designer”. In 1993 Varela was promoted to International Course Designer status. In 2011 he designed the FEI Jumping European Championship in Madrid (ESP) and in July 2013 he achieved FEI Level 4 Course Designer status. That same year he was appointed as Course Designer for the first Furusiyya FEI Nations Cup™ Final in Barcelona (ESP) and has built courses at numerous events of all levels across the world. These include the Longines FEI Jumping World Cup™ qualifiers at Lyon (FRA) and La Coruña (ESP), the Longines FEI Jumping World Cup™ Finals 2018 and 2019 as well as various championships for Children, Juniors, Young Riders, and U25.

Santiago Varela served as Technical Delegate for Jumping at the FEI World Equestrian Games™ in Normandy (FRA) in 2014, the Rio 2016 Olympic Games, the Longines FEI Jumping World Cup™ Final 2017 in Omaha, NE (USA) and the FEI Jumping European Championship 2017 in Gothenburg (SWE), among many others.

Despite his many achievements in the sport, Varela is perhaps best known for his work as Course Designer for Jumping and the Jumping test of Eventing at the Tokyo 2020 Olympic Games where his designs were lauded for their vibrant colours, creativity, sensitivity to Japanese culture as well as the challenges they set for riders while remaining respectful of horse and athlete welfare.

Frenchman Gregory Bodo, 44, has being building Jumping courses internationally for over 20 years. He officiated as the Assistant Course Designer at the FEI World Equestrian Games™ 2014 in Normandy, where he first cooperated with Santiago Varela, and the FEI Jumping European Championships for Children, Juniors, and Young Rider 2017 held in Šamorín (SVK).

In 2017 Bodo built his first Longines FEI Jumping World Cup™ qualifier in Lyon (FRA), where Santiago Varela was Assistant Course Designer. Since then, Bodo and Varela have held these roles every year except for 2020 when the show was cancelled due to the Covid-19 pandemic.

In 2019 Bodo was promoted to 4* Technical Delegate and Course Designer status, the highest level for an FEI official. He is currently one of only two French Course Designers in Jumping to have achieved this degree of excellence.

“We are delighted to have appointed Santiago Varela and Gregory Bodo as the Jumping Co-Course Designers for the Paris 2024 Olympic Games,” FEI President Ingmar De Vos said.

“As is always the case for the Olympic Games, we went through a thorough evaluation process and selected two individuals both of whom hold a wealth of experience and are renowned for their dedication and impeccable work ethic. The designs created by Santiago Varela and Gregory Bodo are stunning and combine huge expertise with unique local flavour. Most importantly, they always put the horse at the core of their thought process and produce courses mindful of the welfare of both our equine and human athletes.

“Santiago Varela and Gregory Bodo have worked together on numerous occasions and will make a great team. I am convinced that with their knowledge, creative spirit, and professional attitude, the equestrian community, the spectators and the fans around the world can expect Jumping courses of the highest quality. With the equestrian events scheduled to be held in Versailles with the historical château as the uniquely beautiful backdrop, these are set to be truly exceptional Paris 2024 Olympic and Paralympic Games.”

The Olympic Games will take place from 26 July to 11 August 2024, and include three equestrian disciplines on the programme: Jumping, Dressage, and Eventing. Equestrian has been a regular fixture at the Olympic Games since 1912.

The equestrian events of the Olympic Games will begin with the first Eventing Horse Inspection on 26 July and will end on 6 August with the Jumping Individual Final. For Para Dressage, medal days will be spread across 3 to 7 September.

For more information on the Paris 2024 Olympic and Paralympic Games and ticketing, which opened on 1 December, please visit the event’s official website paris2024.org.