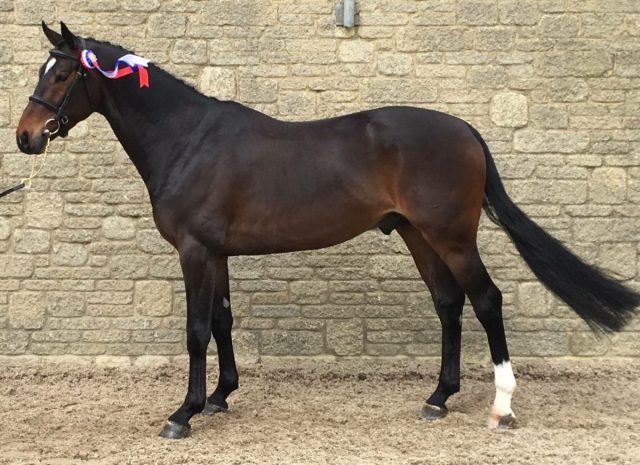 Having nothing left to prove in his career as an event horse, William Fox-Pitt’s incredible partner Chilli Morning was retired to stand at stud for his first full season last year. Offspring from 18-year-old Brandenburg stallion (Phantomic X Koralle, by Kolibri) are already following their father’s hoofsteps, holding their own in international competition and, in the case of his first graded stallion progeny Party Trick, the breeding shed.

Nick Gauntlett, of South Gloucestershire, England, produced Chilli Morning to the CCI4* level so it only seems right for him to bring on Party Trick (Chilli Morning X DHI Party Piece, by Tolan R), his first graded stallion progeny. At 6 years old, he says the similarities between Party Trick and Chilli Morning are already numerous.

Nick recalls what it was like to work with Chilli Morning: “Back when Chilli was a young horse, there were not many stallions out eventing.  He was therefore quite novel. We worked hard not to make him think he was any different from any of the other horses on the yard — he had to behave like a gelding in order to fit into our competition yard.”

Nick says they have treated Party Trick the same way, and notes that it helps that they don’t do any collecting at home, taking him instead to West Kingston Stud. “There he behaves like a stallion, and the rest of the time he is a competition horse,” Nick says. “Nowadays there seem to be a lot more horses kept as stallions and taken eventing. This makes it more important than ever before that the successor to Chilli’s stable was very classy.” 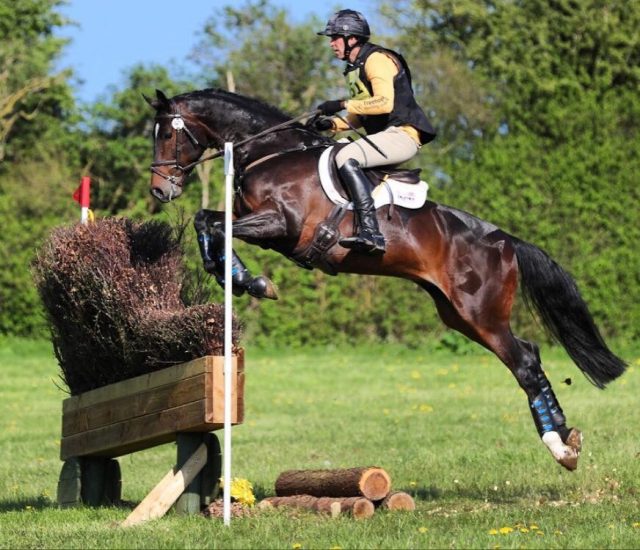 One obvious difference between the two horses is their coat color — Chilli Morning is chestnut, while Party Trick is a bay. Which is a good thing, Nick says! “I wanted the next stallion we bred not to be chestnut. It amazed me how many people wouldn’t use Chilli because of his color, not wanting to breed a chestnut mare! I actually had a lot of success on my chestnut mare Young Rider horse so I don’t share the prejudice, but it amazed me how many times I heard that!”

Party Trick’s Dam, DHI Party Piece, has produced numerous talented offspring. Her first foal DHI Zulu is an international show jumper who was previously based at the Ludger Beerbaum Stables Germany, having won international classes as a 6 year old; she is now in Canada jumping 1.45 tracks.

Party Trick was SHB (GB) Champion Stallion in his grading in 2016. He was third at the Badminton 4-year-old Young Event Horse class in 2016, 5th at the 2016 Burghley Young Event Horse Finals, and second at the 2017 Badminton 5-year-olds. This spring he has been turning in double clears at the 1.15 level in show jumping and is scoring 76% in dressage. 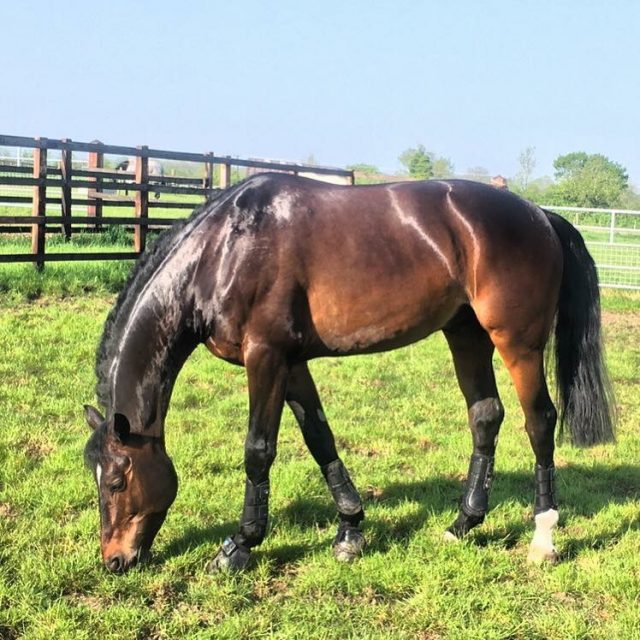 Party Trick completed his first ever Novice horse trial (the British equivalent of Prelim) this year at Larkhill after having no pre-runs due to all the events being cancelled this spring. He only added time penalties to his dressage score and was a machine cross country. He most recently placed second at his third ever event and second Novice at Broadway. He also took home the win at Farley Hall Horse Trials in June.

Party Trick is available for exported semen as of fall of last year. His progeny have already had numerous successes and first placings, winning “Elite” at the BEF Futurity Shows and “Best Eventer” at the British Breeders Network Great British Mare and Foal Show. He has partaken in the Badminton and Burghley Stallion Parades, once alongside his father, and was featured again this year at Badminton 2018, taking the big atmosphere in stride. He is already proving his mettle as a sire, displaying desirable traits from his father and a lovely temperament to match.

Nick says, “Party Trick has an amazing brain. He is always so keen to please and tries with all his heart. Obviously he also has great movement and a scopey jump. He has also really impressed me with how brave he is. He just makes the cross country feel so easy.”

Nick puts a lot of time and care into the production of his youngsters, and makes sure to never push a horse beyond what they’re ready for. If a youngster keeps eating up the challenges, then he continues challenging them to be the best that they can be, but if they say no and back off he is the first to take his foot of the accelerator and slow down to the pace that they need. 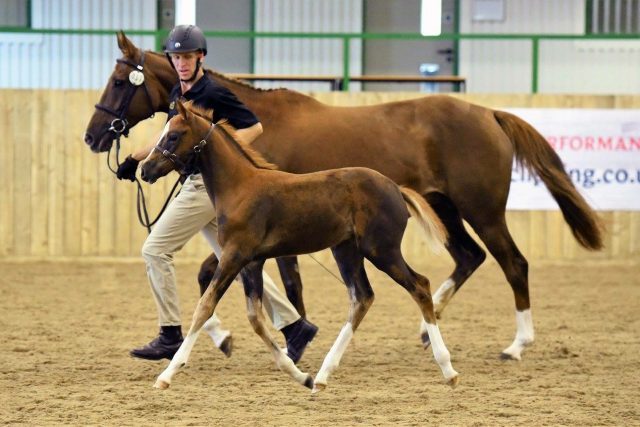 “Party Trick had big boots to fill and so far he hasn’t disappointed at all,” Nick says. “He has always been so mature and found the work so easy. I am being careful not to rush him along. I’d love to take him to Le Lion but with just three places per country, I won’t over run him to prove to the selectors he deserves a place, so I think we will end up waiting until next year. I really believe he is the best I have ridden and can be a horse for the big time. I want to do right by him and give him every chance to get there and have a long career at the top of the sport.”

Nick has been doing a lot of breeding at home with both of his stallions Party Trick and The After Party, crossing them with successful show jumping and eventing mares. He currently has over 15 broodmares either doing embryo transfer or having their own foals.

Nick shares his thoughts on what a stallion like Party Trick could do for the British breeding industry: “Now I’m obviously biased on this point, but I think Party Trick is the ideal sire for anyone breeding event horses. I do believe that stallions like Party Trick have to be good for encouraging breeders to breed British.”

No doubt this stunning young stallion will indeed follow in his father’s footsteps while also creating his own legacy that will stand on its own. Learn more about Party Trick here.