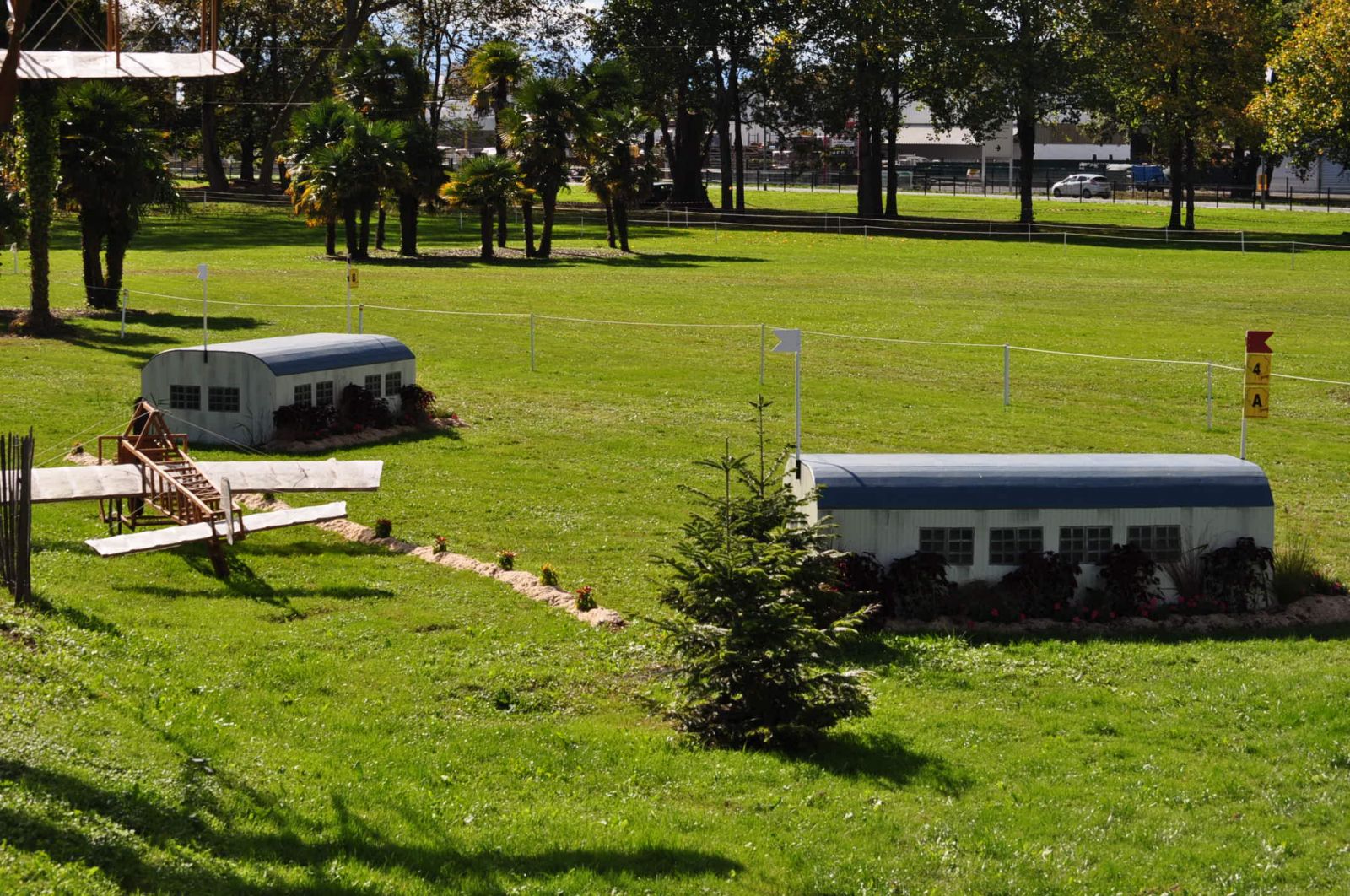 Good morning from Pau! It’s another beautiful day here, and CCI4* cross country begins at 12:15 p.m. local time (6:15 a.m. EST). For those of you awake at this early hour back in the States, be sure to follow along with the live stream, which seems to be working well this morning. This is a big day for Team USA, and arguably one of the most important days of the entire season as we’re looking for seven clear cross-country trips across Pierre Michelet’s course. All seven of these horse-and-rider combinations are capable of getting around the course and have the necessary experience. It’s just a matter of getting the job done.

The general consensus amongst the riders is it’s more of a mental course than a physical course. The majority of the jumps are smaller than what you’d expect to see on a CCI4* course, but they’re set at tricky angles that will require our riders to be very accurate and committed to their lines. And while the course starts out softer with a lot of straightforward galloping fences, it builds along the way, with many of the trickier combinations coming toward the end. In that way, it’s more of a thinking course, and it’s going to require a lot of mental energy from the riders in those final minutes. Let’s do this. Go Team USA.

12:30: Willam Fox-Pitt and Neuf Des Coeurs were first out and delivered a double clear trip.

12:35: Andrew Nicholson and Viscount George retired on course because the horse apparently has an issue with keyholes and mounds. There’s only keyhole on course and multiple mounds.

12:40: We’re seeing a lot of time penalties so far, so William’s quick trip doesn’t necessarily mean the time is easy to make.

12:55: Sarah Bullimore and My Last One delivered the second double clear trip so far.

1:16: Peter Barry and Kilrodan Abbott had a refusal at fence 16 but are continuing on well.

1:29: Kathryn Robinson and Let It Bee had a refusal at fence 6, the duck in the first water.

1:36: The big screen in the main arena is showing Kathryn Robinson fell from Let It Bee. Not sure where on course.

2:05: Shandiss McDonald and Rockfield Grant Juan jumped clear with 42 time penalties.  That’s the first pair to make it around for Team Canada.

2:33: Clark Montgomery and Universe delivered a fantastic double clear trip as the trailblazers for Team USA!

2:41: Hannah Sue Burnett fell from Harbour Pilot early in the course at the first water jump when William slipped between fences. She’s OK. Kate confirmed the ground is very slippery there, and many horses have been sliding around.

2:43: Clark is signing autographs for young fans here in the main arena. #celebritystatus

2:54: Andrew Nicholson and Quimbo had a runout at the skinny at fence 20.

3:05: William Fox-Pitt delivered yet another double clear trip with Seacookie TSF. They will hold their lead going into the show jumping.

3:10: Hannah Sue is here in the main ring cheering on her teammates and lending a helping hand.

3:16: Another double clear for Team USA! Lynn Symansky and Donner just romped around the course in super form. Lots of hugs all around.

3:21: Lynn and Donner had the fastest trip of the day so far. They were 40 seconds up on the clock with just one jump to go.

3:22: Also interesting to note both Clark and Lynn were up enough on the clock to take the long route at the final combination and still make the time.

3:31: Michael Pollard and Mensa glanced off the skinny at fence 20b and will pick up 20 jumping there. Such a bummer as they were going so well.

3:38: Michael and Mensa came home with the one refusal and 24.8 time penalties.

3:41: R-Star protested the countdown to her start time by throwing in little rears. She looks ready to decimate the course. Kristi Nunnink and R-Star are on course now!

3:46: It looks like Kristi and R-Star missed the direct route into the water when Kristi had some steering issues. Kate is at the first water and she said it looked like Kristi re-routed to the option but then retired on course. Update: Kristi and R-Star actually received a technical elimination when she jumped the wrong C element at the option.

4:05: Lucy Wiegersma and Simon Porloe retired at the first water after failing to successfully navigate the duck option. They were sitting in sixth place overnight.

4:28: Phillip Dutton and Mr. Medicott come home clear with just 1 time penalty. They go into third place with about 15 horses to go.

5:09: Lucinda Fredericks and Flying Finish had a run out at the chevron in the final water. They were the overnight leaders.

5:15: Andrew Nicholson and Mr. Cruise Control shimmied over the final corner and took the flag before galloping for home. It really doesn’t look like he made it over the fence, and I’m thinking he’ll probably get eliminated for that.

5:25: William Fox-Pitt just came home double clear with Cool Mountain — his third double clear of today. Talk about a master of cross country. He’s now in first, second and third going into the show jumping tomorrow. Phillip Dutton and Mr. Medicott are in fourth place, with Maxime Livio and Cathar De Gamel in fifth place. Stay tuned for much more from Pau!