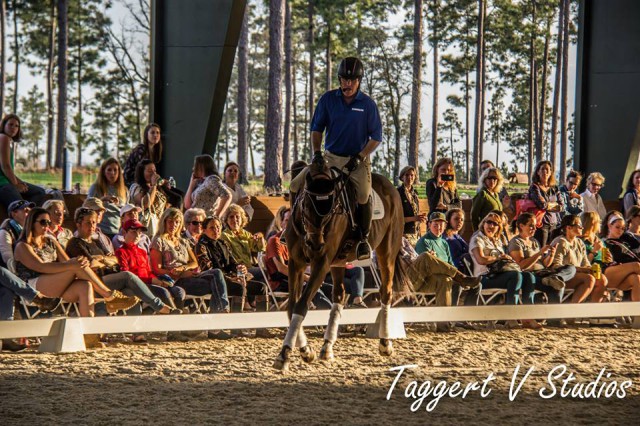 Dom Schramm worked his magic behind the microphone and music blasted from Stable View’s sound system as Phillip and Boyd rode Icabad Crane, Mr. Medicott, Shamwari and Master Frisky in a series of demonstrations.

Fan favorite Neville Bardos even came out in hand at the end to pose for photographs. It was a wildly successful outcome when you consider Boyd and Phillip only came up with the idea to host the event two weeks ago.

“Phillip and I have always talked about doing something like this, and we thought we’d give it a shot,” Boyd said. “We weren’t sure if we were going to get 10 people or 300, but the equestrian enthusiasts in Aiken come out in hordes. It was a brilliant evening, and the crowd really got into it.”

The spectators sat in chairs, on the arena walls and squeezed into every bit of standing room space they could find to watch the horses, several of which were feeling very fresh and excited with the electric atmosphere. 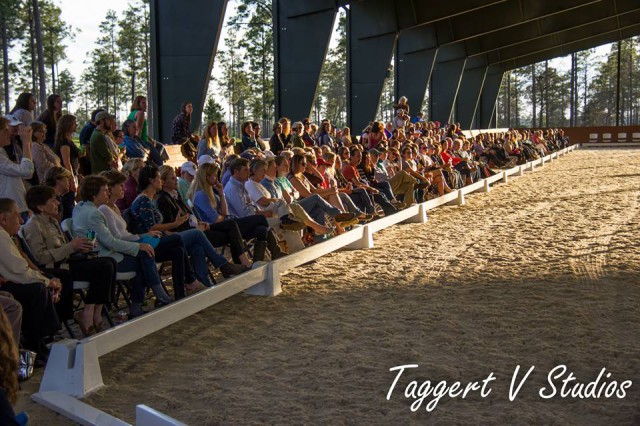 “We tried to have a blend of education and fun,” Phillip said. “Some of the horses reacted to the atmosphere and didn’t go exactly to plan, but I think everyone enjoyed that part of it because they could see how to deal with horses in all different kinds of situations.”

Shamwari went first in the lineup to give a dressage demonstration, with Boyd riding and Phillip offering commentary. “Phillip talked about how we were winning the WEG dressage after the trot, and then the canter fell apart,” Boyd said. “Instead of showing off the fancy trot, we went straight to the canter and talked about the exercises we’ve been working on with David O’Connor.”

Phillip then rode Icabad Crane, who won the Retired Racehorse Project’s America’s Most Wanted Thoroughbred Contest last year and just successfully moved up to the Preliminary level. “I was pleased with Icabad,” Phillip said. “He’s become a little star at this kind of event, and he was a great example for the American Thoroughbred.”

Boyd then rode Santos, an off-track Thoroughbred he acquired from Erin Kellerhouse following Galway Downs last year. “He was very keyed up for the evening — jumping around and throwing in a buck here and there, but it was actually a good thing to show the crowd how we deal with an excited horse,” Boyd said.

“Once he chilled out a little bit, we came up with some exercises to help him when he starts rushing the fences, and we put up some V poles to try to slow the jump down, which worked well.” 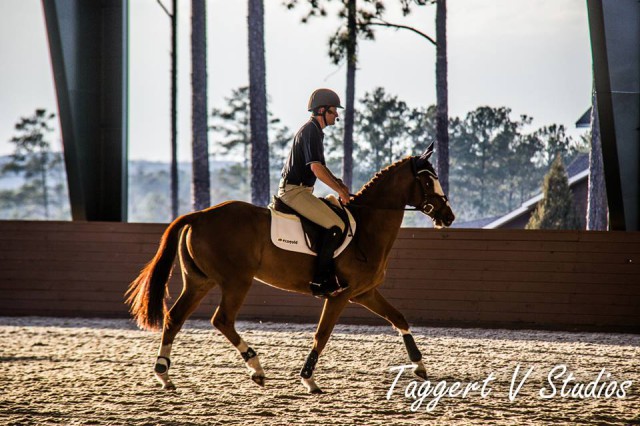 Mr. Medicott came out next, which Boyd said he thought was the highlight of the eventing. “He was by far the most experienced horse there, and Phillip did a wonderful demonstration to show what he does to improve his jump and get Cave to use himself.”

Cave is well known for being an exuberant jumper, and Phillip said the horse seemed to really enjoy being in front of the crowd, who all seemed to be impressed with the horse’s jumping style. “Cave jumped like Cave does,” Phillip said. “He was really well behaved, and he loved doing it.”

Master Frisky gave the final demonstration of the night over cross country fences. “We used barrels, narrow fences and corners to demonstrate to the crowd how you can train for cross country at home in the jumping ring,” Boyd said. “We also explained Master Frisky’s preparation for Rolex.”

Neville then came out in hand to conclude the evening, and the crowd was invited to come into the arena, give him a carrot and snap a photo. “He was bombarded by fans for an hour and really enjoyed all the attention,” Boyd said. 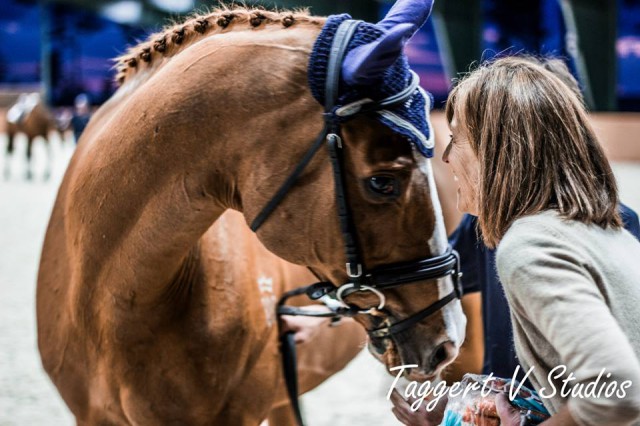 Proceeds from the event raised $7,686, and Stable View very generously agreed to match that amount, so both Aiken Equine Rescue and the Aiken Horse Park Foundation will each receive a check for $7,686.

“We have to give Stable View Farm a huge pat on the back,” Boyd said. “The venue was superb for the evening. The sound system, the music and the lighting in the arena was top class. On top of that, we are grateful to Stable View for matching the amount raised. It’s an unbelievable sign of their generosity.”