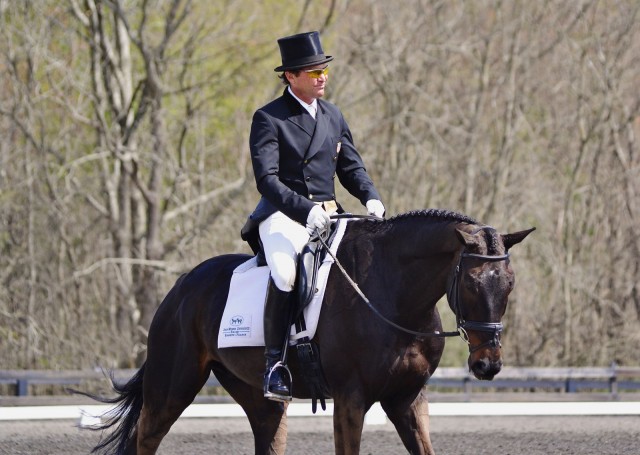 It certainly proved to be a very exciting afternoon in The Fork CIC3*, with horses and riders rising to the occasion to put in some truly memorable performances. Phillip Dutton continued his trend from yesterday of producing lovely work from Boyd Martin’s mounts, and he’ll hold the overnight lead with Shamwari 4 on a score of 45.9. They had one small bobble when Shammie swapped during the counter canter loop, but aside from that, it was very accurate.

Will Faudree and Pawlow also had a very nice test to move into second place on a score of 46.8, with Ernie looking relaxed and responsive throughout. Will has this horse entered in both Rolex and Badminton, and he said he’ll make the call at the end of the weekend as to where Ernie will be headed for his spring four-star appearance. 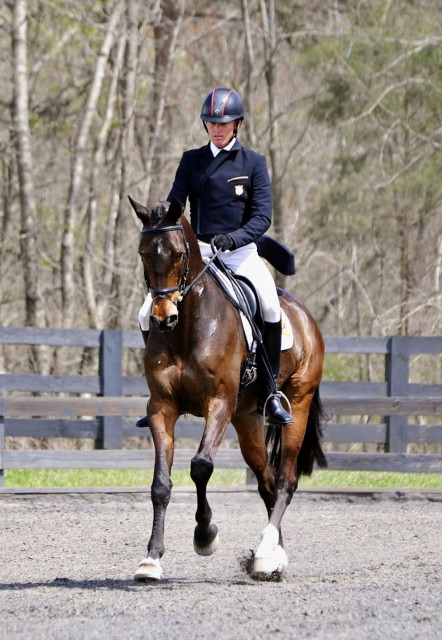 Allison Springer and Arthur, who rode their test yesterday, are in third place at the end of dressage, with Hannah Sue Burnett and Harbour Pilot sitting just behind them in fourth place on a score of 47.7. This was another very consistent performance, with the only blip coming at the very end when William swapped in the extended canter down the long side before the final salute. Sharon White and Rafferty’s Rules round out the top five on a score of 48.6.

Reggie looks better and better every outing since coming back from the injury he incurred at Burghley in 2012. He’s quite the showman in the ring and seemed to really enjoy the atmosphere and crowd that gathered to watch his test — many of them sporting Team Orange colors, of course. 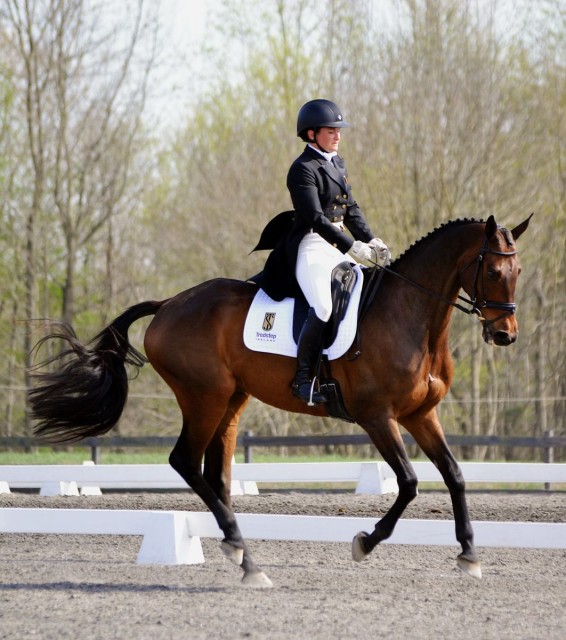 Another Reggie follows in equal sixth place, with Balleynoe Castle RM making a steady comeback of his own with Buck Davidson following a long break from a bone bruise on his stifle. We know how chill this horse is — what other top four-star horse could escort a bride to her wedding? — but it’s still impressive that he didn’t bat an eye when the entire long side of the arena from F to M blew over in the heavy winds that swept in this afternoon.

You have to watch the video below to see how Reggie takes it all in stride. Buck and Reggie’s score of 48.9 ties them with Jennie Brannigan and Cambalda, Holly Payne and Santino, and Jessica Phoenix and Patras VR. Erin Sylvester and No Boundaries round out the top 10 on their score of 49.5. 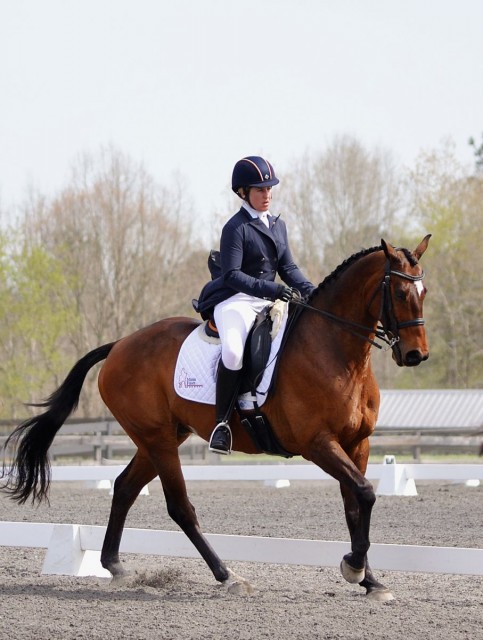 We also saw really lovely tests in this group from Sharon White and Under Suspection and Sinead Halpin and Manoir de Carneville, who are tied for equal 11th place with Kim Severson and Fernhill Fearless, Ruy Fonseca and Tom Bombadill Too, and Marilyn Little and RF Demeter — all on scores of 49.8. Tate’s test at Carolina International fell a bit flat, and he was much more expressive and lively today — perhaps a bit too lively at some points!

Sinead said she’s been experimenting with which bit works best for Tate at shows, so it’s just one more piece of the puzzle they’ll be working on leading up to Rolex. I shot a number of videos this afternoon, and I apologize in advance for the shaky quality. The strong winds made it difficult for both horses, riders and journalists alike. Stay tuned for much more from The Fork! 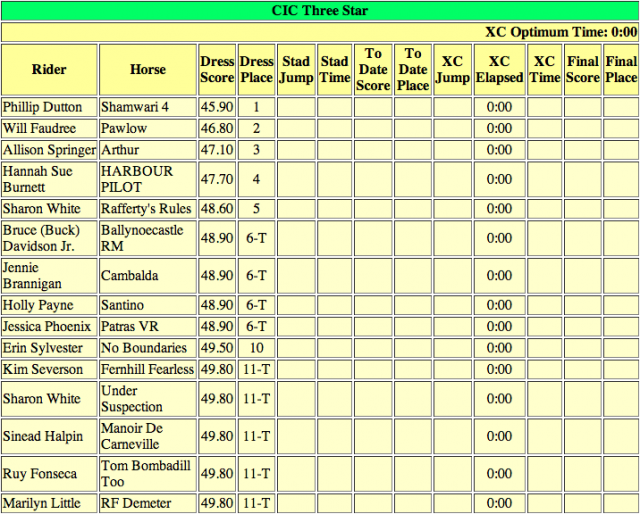