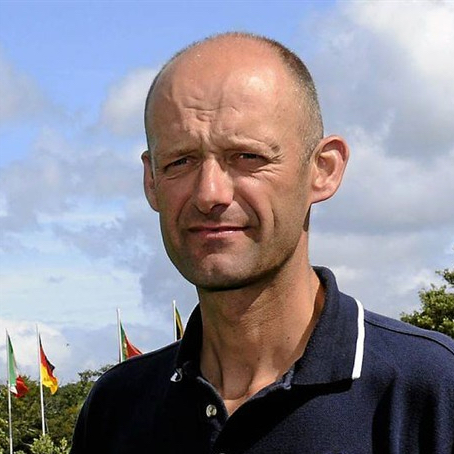 The Fédération Equestre Internationale (FEI) has confirmed the appointment of Pierre Le Goupil (FRA) as Course Designer for Eventing at the Paris 2024 Olympic Games.

A master in his field and highly respected by his peers in a role that requires enormous skill, Pierre Le Goupil (59) knows the sport from both sides of the fence. Born in a family entirely dedicated to horse sport and breeding, his father Andre Le Goupil had been a member of the French Eventing squad at the 1968 Olympic Games in Mexico City – a memory that Le Goupil still has clear in his mind.

“Taking part in the Olympic Games, somehow or other and whatever your role, can be seen as an absolute dream or the pinnacle in a career. I feel honoured to be appointed for the Paris Olympic Games as the Eventing Course Designer of a cross-country course held in the park of Versailles palace,” Pierre Le Goupil said.

“It is truly something like getting the “job of a life”! But it is also and above all a huge challenge that I am totally aware of. The fabulous opportunity of running the Olympic Equestrian Sports in such an iconic venue also commits all those who will be in charge of the event, to the highest level of responsibility.

“I am extremely thankful to those who trust and support me and I am excited to start racking my brains in that inspirational playground,” Le Goupil concluded.

A former top-level Eventing athlete, he competed up to five star level at international events from 1975 to 2002. He has been involved in organising events since 1995, and with his family created « Le Grand Complet », the biggest equestrian event in Normandy (FRA) and one of the most important in France and Europe. The event moved in 2010 to the Haras National du Pin.

His skill and proficiency in course designing has taken him to many parts of the world, working in ten different countries including Brazil, Bulgaria, Belarus, China, Hungary, India, Japan, Russia and Chile. His appointment for the Paris 2024 Olympic Games is an endorsement of his accomplishments and a true reflection of his wealth of experience which has also recently led him to being appointed as Course Designer for the upcoming Pan American Games to be held in Santiago (CHI) in 2023 and the FEI European Championships 2023 which will take place in Haras du Pin (FRA).

Le Goupil continues designing and building courses for international events in France. His expertise in consulting, cross country building and designing for all levels will make equestrian sport shine, not only in his home country, one of the world’s greatest equestrian nations, but to a global audience during the Paris 2024 Olympic Games, in the most exhilarating and prestigious setting at the Château de Versailles, an iconic symbol recognised worldwide.

“I am very happy that a French representative has been chosen to build the Olympic Cross Country course, in his home country, on a site with such historic value”, David O’Connor Chair of the FEI Eventing Committee said.

“Le Goupil has travelled the world designing courses at top international shows and the Olympics is the pinnacle of any sporting achievement. There is enormous pride in representing your country in a sport and profession you have dedicated your life to, and to be recognised on the greatest sporting international stage.

O’Connor continues, “as a former Olympian myself, I can only reiterate the feeling of pride when competing for your country – it exudes from within. It’s a unique experience for athletes, for fans and everyone involved in the Games. There is nothing that compares to the nostalgia you get when you walk onto the Olympic site knowing all that you have worked for to get there. Your roots, your heritage, your culture, and your place of living all on display to the world, the expectations are high but such an honour is irreplaceable.

“Working alongside the Paris 2024 Organising Committee and supported by an exceptional team, there is no doubt Le Goupil will pay homage to his great nation through the creation of the cross country course – demanding, technical and spectacular, but always with the horse welfare at the fore, showcasing key features of Versailles as the centre stage of the equestrian competitions”.

Le Goupil was elected a member of the FEI Eventing Committee in 2020 for a four year term.