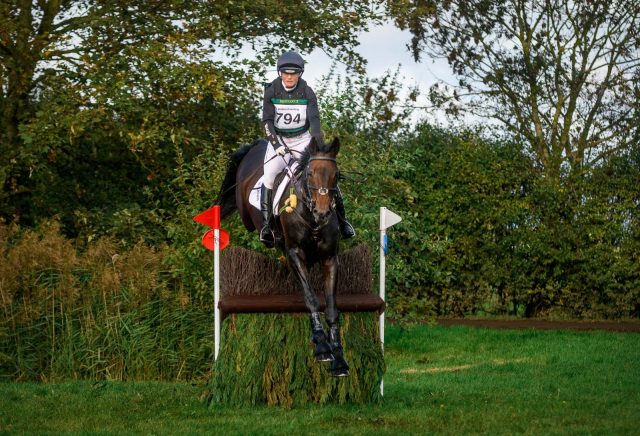 Piggy March and Laura Collett reigned victorious at the Childeric Saddles Little Downham International CCI4*-S, claiming a section each after an action-packed second day at the Ely Eventing Centre.

Piggy added a fourth international victory to her 2020 tally, taking Section P with John and Chloe Perry and Alison Swinburn’s Brookfield Quality — known at home, quite delightfully, as Nervous Norris. She moved up from fourth place after dressage to the eventual win after adding just four time penalties across the country to a first-phase score of 29.2, giving the horse his first four-star win on just his second start at the level.

“I was delighted with Brookfield Quality,” she said. “I have to get my brave pants on with him because he’s a big-striding horse and he’s not very easy to adjust, and so to go fast has taken us a few runs together. I can’t afford to make mistakes on him, so I really have to get myself in gear and make sure I’m on my A-game.”

For Piggy, the influential Jonathan Clissold track – which saw a 62% clear rate across the sections and was designed with Pierre Michelet’s twisty, technical test at Pau in mind – will have played a crucial role in the development of the 11-year-old gelding.

“He’s a big, scopey horse with lots of stride, and he really wants to do the job – but he’s still fairly inexperienced at this level, so I was just delighted with how he went and how confident he’s finished this round,” she said. “This track, I think, is brilliant – you really have to get stuck in. It’s very educational for them but you’ve got to make it happen. There’s lots of questions out there and it’s beefy enough. I’m just delighted with him – winning was a bonus today.” 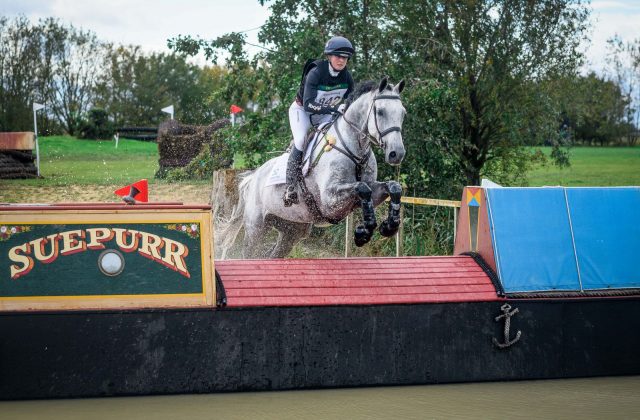 Piggy enjoyed a successful two days aboard her three other rides, taking second place in section P with the former Emily King ride Dargun, who added 12.8 time penalties, and second in section Q with Pau-bound Brookfield Inocent – the only horse to finish inside the time – and third with new ride Fonbherna Lancer. 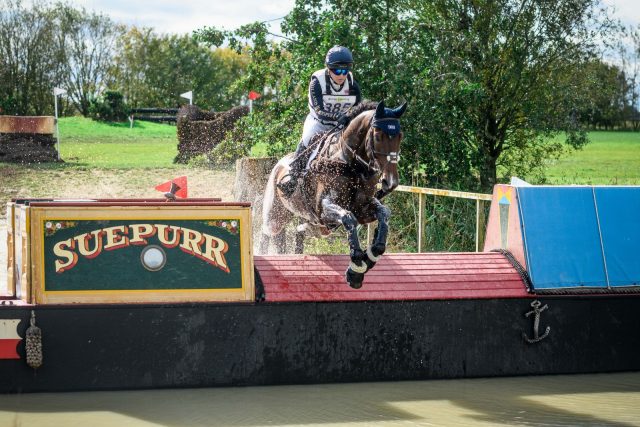 Laura Collett took section Q aboard her own, Karen Bartlett, and Keith Scott’s London 52. Like Piggy, she added just four time penalties to her first-phase score – a 24.4 that saw her lead from pillar to post. This win marks a final run before the eleven-year-old gelding – who also won Boekelo CCI4*-L and Chatsworth’s Event Rider Masters leg in 2019 – makes his CCI5* debut at Les 5 Etoiles de Pau in a fortnight.

“All year – even through lockdown – he’s felt like a totally different horse,” she said, recalling the mid-season blips that marked his record before his end-of-season victory last year.

“The best thing that could have happened was being able to take him to Boekelo – I just felt like we both needed it. We put it to bed and he’s come out stronger, both physically and mentally. Now it feels like there’s light at the end of the tunnel. he so believes in himself now; he’s taken a breath and realised how good he is. He just feels phenomenal – I actually get goosebumps, I’m so lucky to ride him. I have to pinch myself!” 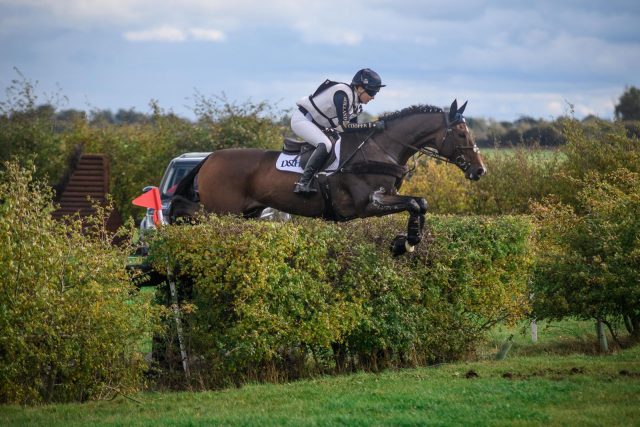 Laura, too, was full of praise for the track, which gave competitors a chance to tackle questions of a similar technicality and feel to 2020’s only CCI5* at Pau.

“I walked the course here and thought the ground was great on cross-country and there were a lot of questions. It was really nice because, to put the horses to one side, I felt like I hadn’t really got stuck in and ridden a proper course this year,” she said. “I was really glad that it had a real Pau-type feel with skinnies on mounds and blind turns and really committed distances. It was so nice to get stuck in and have nice rides around. It made you think as a rider, and they did a phenomenal job to put it on and build such a cracking course.” 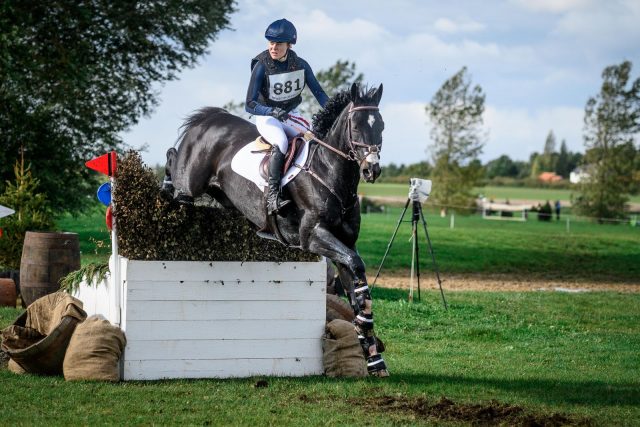 Laura also finished fifth in this section aboard Mr Bass, who joins London 52 in heading to Pau in two weeks’ time. Mollie Summerland and Charly van ter Heiden, one of Britain’s most successful young four-star partnerships, narrowly beat them to finish fourth, inspiring plans for a long-awaited five-star debut.

“He was a really good boy — he felt really relaxed in his dressage and really rideable,” says Mollie. “The showjumping was causing enough trouble, and he jumped really well out of the mud, so I was pleased with that. On cross-country he was just so genuine — he makes it all feel really easy. I’d watched the final water and knew it was causing quite a lot of trouble, so I knew that might be difficult when I rode into it, but he was great — and he’d actually lost a shoe somewhere on course before that!”

That influential final water, which featured a triple brush A element, a quite colossal brush on a mound and a tricky bending line — punctuated by two craftily-placed Christmas trees — to a final triple brush caused its fair share of problems, though mistakes were well spread around the course. 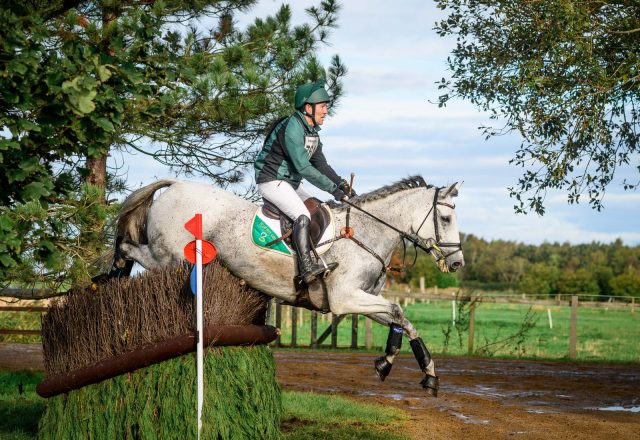 Despite the challenges of international eventing in a pandemic, the CCI4*-S hosted a global field, with Ireland’s Austin O’Connor and Colorado Blue finishing third in section P and Japan’s Kazuma Tomoto and Brookpark Vikenti finishing fourth. British team stalwart Harry Meade rounded out the top five in this section with the inexperienced but exciting Cavalier Crystal, who’ll be aimed at Bramham next year.

“She hasn’t done an Advanced and has just done a CCI4*-S at Burgham [in August], so this was a step up,” says Harry. “It was a really good test for her and she jumped a lovely double clear, which is a really good stepping stone for her. They had to work hard for it out there, and all my horses went out there and thoroughly enjoyed it.”

Despite adverse weather conditions that forced the cancellation of national classes on Monday and Tuesday, Little Downham delivered a tough but fair test and remarkably good conditions. The new CCI4*-S fixture was run behind closed doors in accordance with government regulations this year, but the organising team – headed by Tina Ure – looks forward to welcoming spectators to this exciting new addition to the calendar next year.