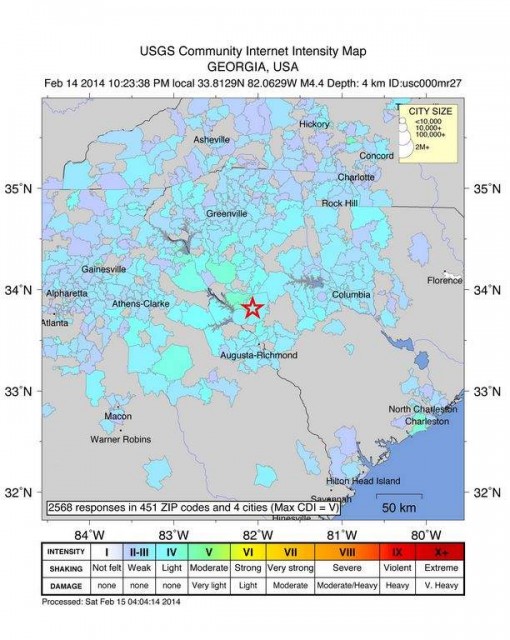 First, a historic ice storm that Gov. Nikki Haley compared to 1989’s Hurricane Hugo. Then, an earthquake that registered as one of the strongest in state history. We can logically conclude that a plague of locusts is on its way next to cursed Aiken.

The 4.1-magnitude earthquake struck in Edgefield, S.C., last night and was felt in Aiken around 10:30 p.m. EST, the Aiken Standard reports. No major damage to property or injuries to human or equine life are currently being reported, thankfully.

They say catastrophes come in threes. Hide yo kids, hide yo wife.