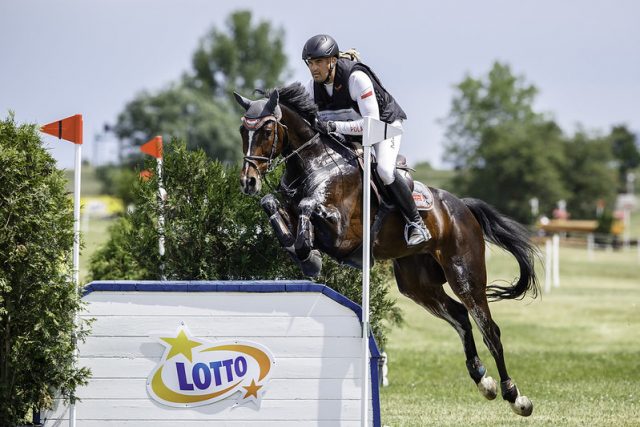 The future looks bright for Polish eventing, after a talented team scored a decisive win in the third leg of the FEI Eventing Nations Cup™ in Strzegom (POL). Finishing on an overall score of 139.6, the Polish teams two-phase jumping performances put them well ahead of the Netherlands on 151.1. Whilst Austria finished a close third on 151.4.

Thirty-one year old Mateusz Kiempa was man of the moment, leading the competition throughout on Libertina. A challenging cross-country course reshuffled the leaderboard after the dressage with no riders going inside the time and there were a number of eliminations, retirement and cross-country jumping penalties. 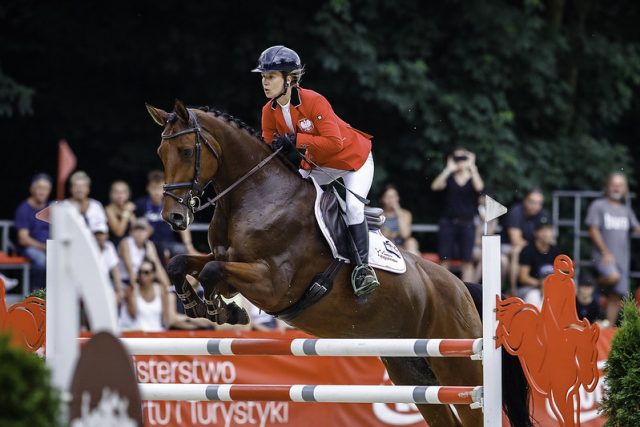 Małgorzata Korycka and Canvalencia finish in the top 10 individually for Team Poland. Photo by Libby Law for the FEI.

Kiempa, who has competed at elite level in Jumping, was joined by teammates Malgortzata Korycka, Joanna Pawlak and Jan Kamiński. Kiempa rode one of the best cross-country rounds of the day. He finished just six seconds over the optimum time. “It was a great round, the horse jumped fantastic. Libertina was really fast and reactive. It was my plan to go as fast as possible and I think it worked out well!” said the professional event rider who was also individual winner of the Polish National Championships.

Kiempa, who added just four faults in the jumping phase, was joined by teammates Malgortzata Korycka, Joanna Pawlak and Jan Kamiński. Strong three phase performances from Korycka and Pawlak strengthened the team’s chances. Thirty-one year old Pawlak jumped just one of five double clears in the competition, on Fantastic Frieda the horse she rode at the Olympics in Tokyo last year.

Whilst the Austrians took a comfortable lead in the dressage phase, some strong cross-country performances by the Polish team put the home nation out in front after the second phase. Although the Netherlands were breathing down their neck going into the jumping phase. The pressure was on as the Poles had less than a show jump in hand but they kept their cool to deliver some good jumping rounds. Meanwhile the Dutch did not have such a happy time in the final phase which nearly lost them the runner-up spot too. 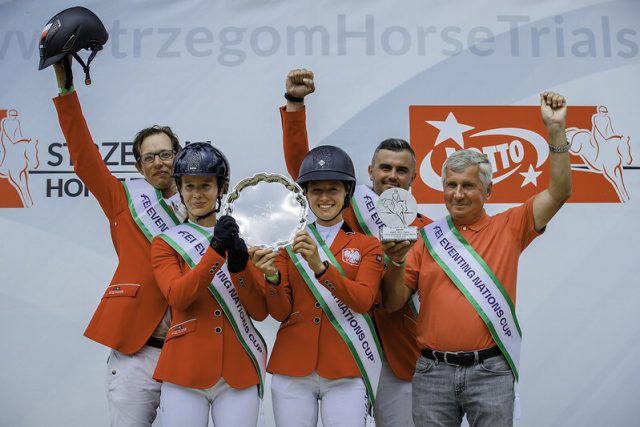 FEI Eventing Nations Cup™ action now heads to Avenches (SUI) from 7-10 July, the fourth of nine events in the 2022 Series. Sweden, who have participated in every leg so far, remain series leaders at this early stage.