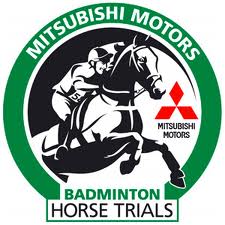 With only a month and a half to go and the release of the entry list yesterday, it’s high time we start analyzing and predicting. Will William Fox-Pitt claim the second-ever Rolex Grand Slam? Will a 15.1 hand Connemara bounce easily around Badminton on his way to Greenwich?

Laura Collett & Rayef: 22-year-old Laura took 8th aboard Rayef in their 2011 Badminton debut before getting the call-up for the senior European Championship squad. On a good day, Rayef’s probably unbeatable on the flat. Laura’s other ride Noble Bestman is 12th on the waitlist.

William Fox-Pitt & Seacookie,  Macchiato,  Lionheart,  Parklane Hawk and Neuf Des Cours: Macchiato is the only horse William hasn’t cross-entered at Rolex, which means the gelding’s probably a solid bet to start Badminton. But riders can only start two horses at Badminton and three at Rolex (possibly four with written consent), so it’s anyone’s guess which horses will go where. After winning Burghley with Parklane Hawk, William’s in contention for the Rolex Grand Slam, and all five of these horses are capable of making that happen.

Piggy French & Jakata: Have you been watching Horse & Country TV’s awesome “Getting to Greenwich” online? If so, you’ll know where Piggy and Jakata hope to end up. Expecting big things from P & J at Badminton.

Bettina Hoy & Lanfranco TSF: Though Bettina was a shoe-in for several international teams with Ringwood Cockatoo, Germany’s got seven riders accepted at Badminton (including WEG gold medalist Michael Jung in his Badminton debut); securing a spot on the London team’s gonna be tough. Bettina & Lanfranco placed third at the Blenheim CCI*** last year and a good finish at Badminton would do them well.

Olivia Loiacono & Subway: This pair currently sit 35th on the waitlist. 92 riders have been accepted, but only 85 will start, and riders with more than two accepted mounts (like William Fox-Pitt) will have to withdraw their extras by Monday, April 30. Will Olivia get in? Last year, only 17 horses were taken off the waitlist, though 31 were taken in 2010, 43 in 2009 and 38 in 2008. We’ll have to wait and see!

Zara Phillips & High Kingdom: If there’s anything the British press would love more than seeing Zara on the London team, I don’t know what it is. A top ten Badminton finish would help her follow in her parents’ Olympic footsteps. Zara and High Kingdom were 10th at Burghley last year.

Colleen Rutledge & Shiraz: “Luke” is a cross-country fiend, and I’d be surprised if he doesn’t make the course look easy.  Colleen’s also been putting some serious effort into her flatwork with Olympic O Judge Linda Zang. If they nail a solid performance at Badminton, can the selectors still look away?

Kristin Schmolze & Cavaldi: Kristen and her 17-year-old Irish Sport Horse gelding “Joey” have been partners for 10 years, with four four-star finishes (3 Rolex, 1 Burghley) under their belts. Kristen’s had her eye on Badminton for a while now, and though Joey can sometimes be unreliable in dressage, his cross-country prowess should help propel them through the finish flags.

Paul Tapner & Inonothing: Tapner will be sitting on the only previous Badminton-winning mount in the field, and though Inonothing underwent surgery for the stifle he chipped on the WEG cross-country course, he’s looked solid at early starts this year. Tapner joins Andrew Hoy, William Fox-Pitt, Pippa Funnell, Mary King, Oliver Townend and Mark Todd on the list of previous Badminton-winning riders entered.

The entire entry list is a who’s who: Caroline Powell and the 19-year-old Lenamore, Mary King with both Appache Sauce and Chilli Morning, and last year’s victor Mark Todd with both Major Milestone and NZB Grass Valley, amongst many others.

Weigh in with your early predictions and thoughts below. Go Badminton.