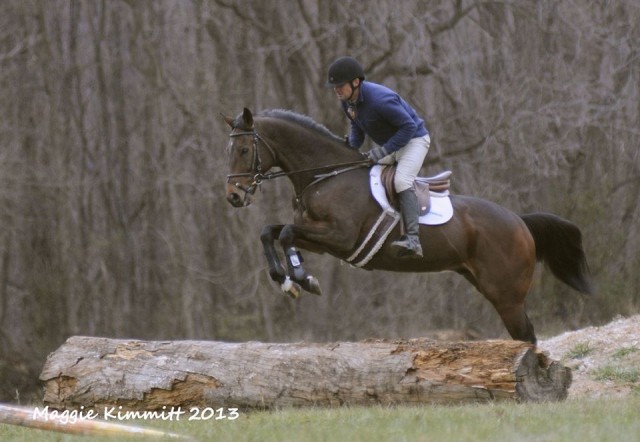 It’s no secret we’re suckers for a good OTTB story here on EN, and we especially love the latest news out of Phillip Dutton’s camp. Kentucky Derby-winning trainer Graham Motion and his wife, Anita, have sent 2008 Preakness Stakes runner Icabad Crane into training with Phillip to become an eventer. In addition to placing third in the Preakness, the now 9-year-old gelding [Jump Start X Adorahy, by Rahy], won or hit the board in numerous other stakes races, finishing his career last year with 33 starts and $585,980 in winnings.

Joe Clancy has the full story today over on his blog This Is Horse Racing, which chronicles Icabad’s success on the track, as well as the decision to ultimately retire him last year when he came back sound from an injury but no longer had his old spark left. The story says Graham knew Icabad “wasn’t a gelding who just wanted to go out in a paddock,” so he and Anita approached Phillip about a new career for the horse.

Phillip told This Is Horse Racing that Icabad is “naturally a very balanced horse who has a great attitude to being ridden and to learning.” Icabad is traveling to Aiken this week to spend the rest of the winter at Phillip’s Red Oak Farm, and he indicated the plan is to get the horse out to a few local shows this spring before entering him in his first event later this summer.

“I’d rather not compete him until he’s really ready,” Phillip told This Is Horse Racing. “I want to get him to understand that he’s not going to get in a starting gate anymore. He’s got to remember the stuff I teach him at home when we go places with a lot of other horses and loudspeakers and things.”

Icabad Crane has his own Facebook page where you can follow along with his progress in his new career as an eventer. And, of course, we’ll be sure to follow along with the story here as Icabad learns the ropes and starts competing. Kudos to the Motions for giving a war horse a second chance at a new career.

Just a guess, but I think Icabad is enjoying this whole eventing thing: