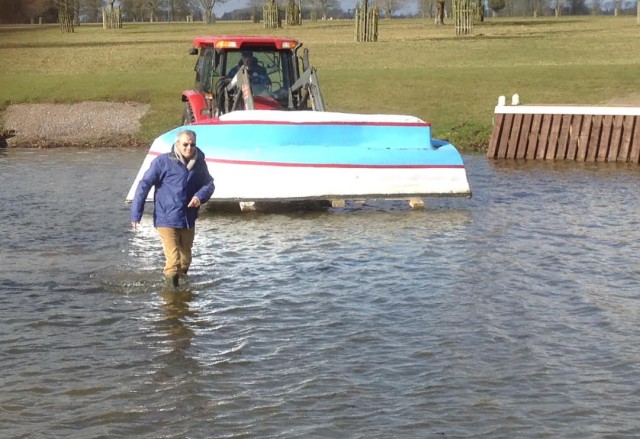 During the last couple of days, I have had the great opportunity to be at Badminton while Giuseppe della Chiesa set portables and put some of the finishing touches on his CCI4* cross-country track for the 2015 Badminton Horse Trials.

This is his second year as designer here. Last year the course proved to be quite a test — not helped by the wet weather. This year, running counter clockwise, he has softened the course slightly. But it is still Badminton, and it is still huge.

It is always interesting to see what different designers come up with at different levels. It’s what makes the design job so interesting. While there are parameters for each of the levels, there is plenty of room for the designer to put their own individual mark on it. 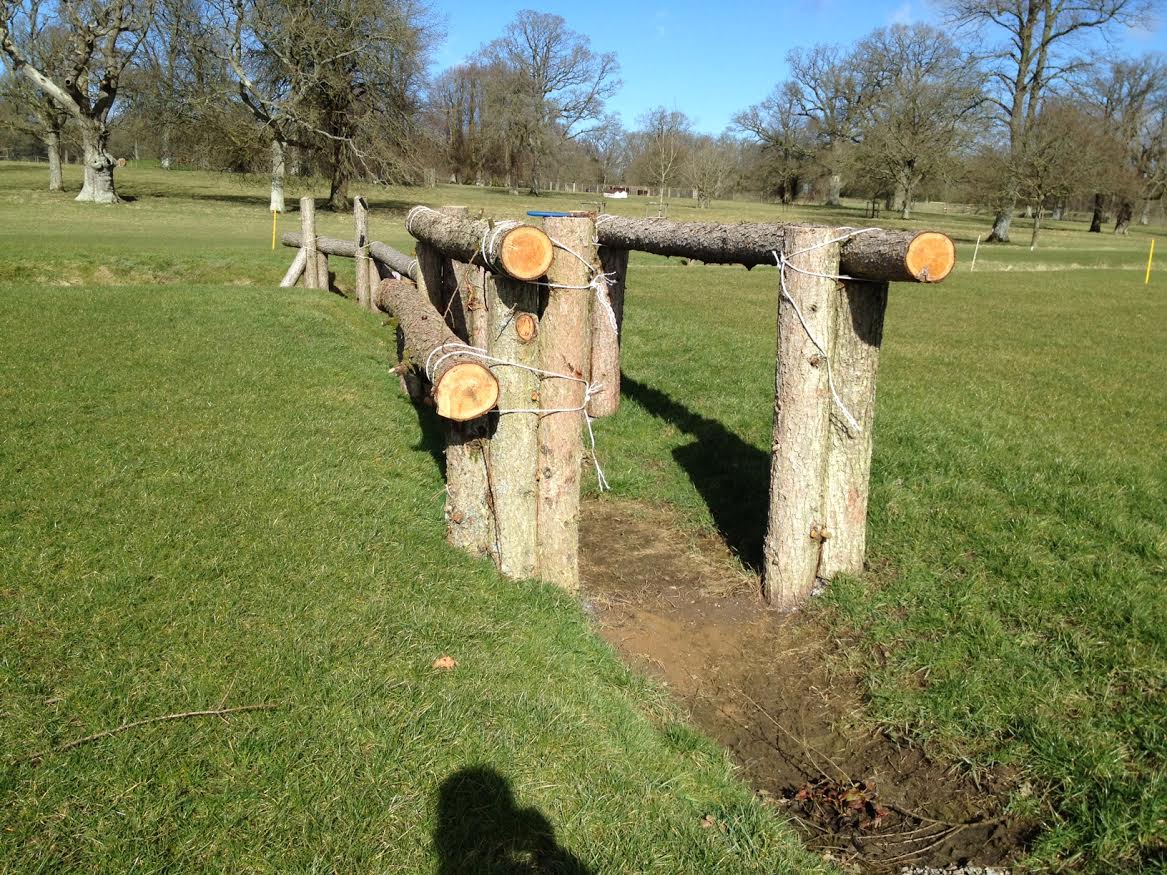 This is the first Giuseppe course that I have seen and there are two things that make it stand out from others, especially from courses in America. The first is the type of jumps he likes.

“Cross-country is not about just jumping boxes,” he says. In fact, there are only two normal tables on the course, and both of them are quite open in front. There are a lot of massive logs and natural looking post and rails.

For spread fences, there are quite a few open oxers, which Giuseppe feels horses jump “around” better instead of in a long and flat frame. 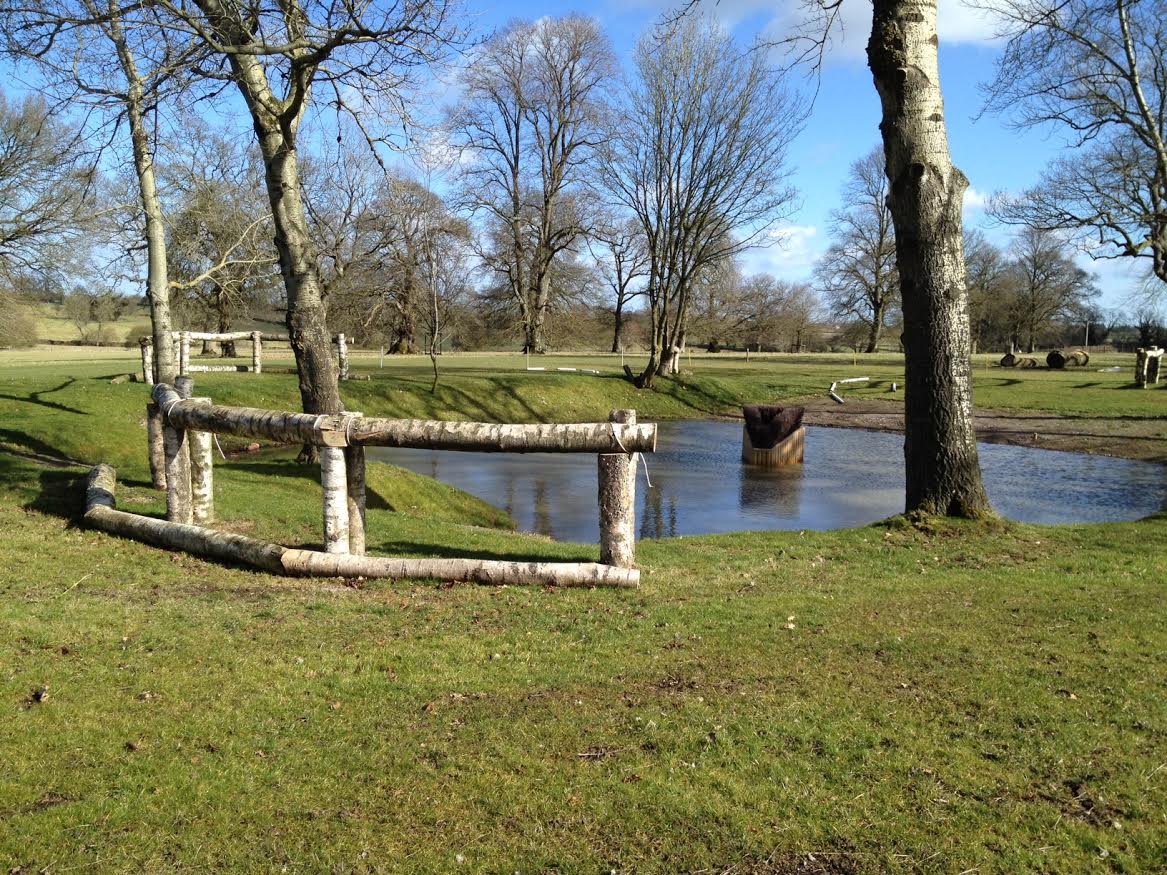 The other big element I saw is his use of terrain to make a rider have to think on their feet (or on their stirrups). While there are some combinations on shorter numbers of strides — but no three stride lines — the combinations are intentionally not set up as grids.

There are multiple five or six stride lines with bumps, turns, dips, water or all of the above in between them which will affect striding. Riders will have to ride what is happening underneath them and adjust accordingly instead of being set on a given number.

We also spent a lot of time marking out gardens or “islands” to either help or dictate a line to a jump. Instead of having a tree or decoration at the wide end of a corner or off a narrow that a rider can lean on, Giuseppe wants to dictate the line they take to keep them jumping honestly — which will either produce a good jump or a 20, instead of getting in trouble. 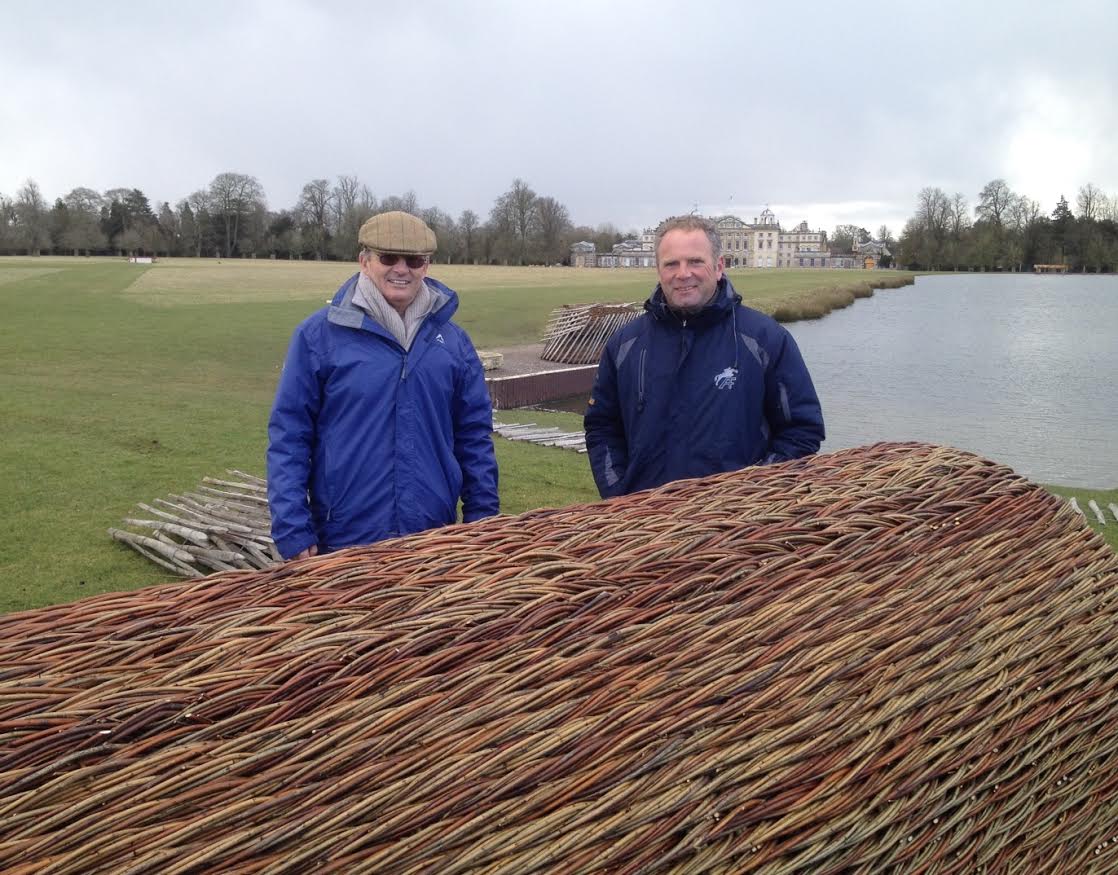 As always at Badminton, the individual jumps are beautifully constructed but will look quite different when they are fully dressed and when there are thousands of people lining the track.

It will be very interesting, come May, to see how all of the new ideas end up working. Good luck to all!

Check out this interview with Giuseppe della Chiesa with Horse & Hound‘s Rupert Bell: