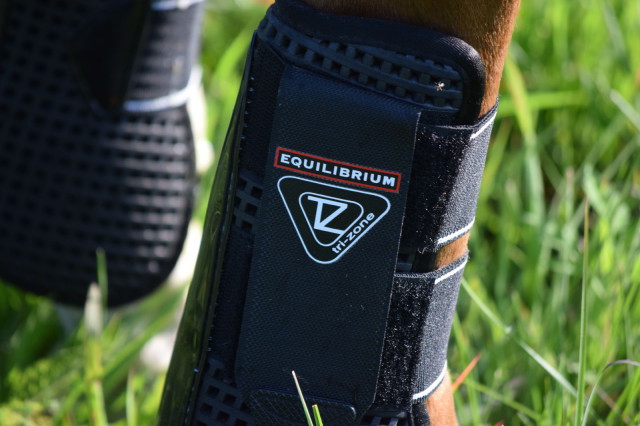 I’m guessing that most folks who have spent some time around horses have heard the saying of “no hoof, no horse” at some point. If by chance you haven’t, you certainly have now. In my mind, I expand the meaning of this saying to “no legs, no horse.” Horses are certainly BIG creatures. So, I’m of the mindset that legs are essentially important pillars that support the horse.

Each and every time that I swing up into the saddle, my goal is to have a fun and SAFE ride — you may have heard (or rather, read) me say this before. I place a lot of importance on safety. But, in my mind, safety is not just for the rider.

Probably the most important thing that I do for my own safety is to pull on my trusty helmet before every ride. And when I’m planning on schooling over jumps, I usually put on my protective vest as well. I feel like I would be remiss to not also outfit my horse with protective gear at the same time.

When I start to think about equine protective gear, the first thing that pops into my mind is leg protection. And there are a lot of variety out there to pick from, based on your activity — polo wraps, bell boots and practically any other boot you can think of (the list goes on and on, really). 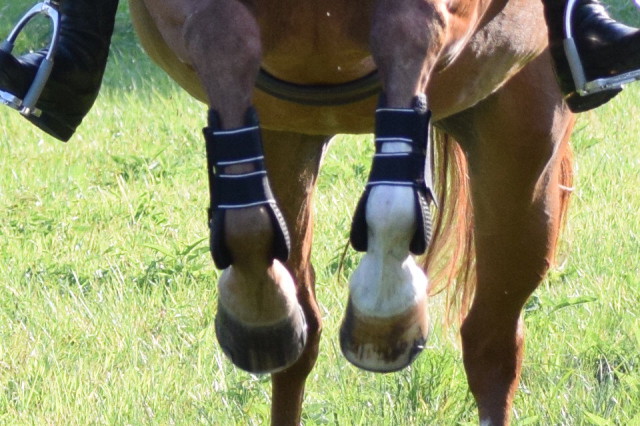 I was just plain intrigued when I first learned about the various types of Equilibrium Tri-Zone boots. What sounded most interesting to me was that the Tri-Zone boots were said to 1. be very lightweight, and 2. not absorb water to add weight to your horse’s leg. 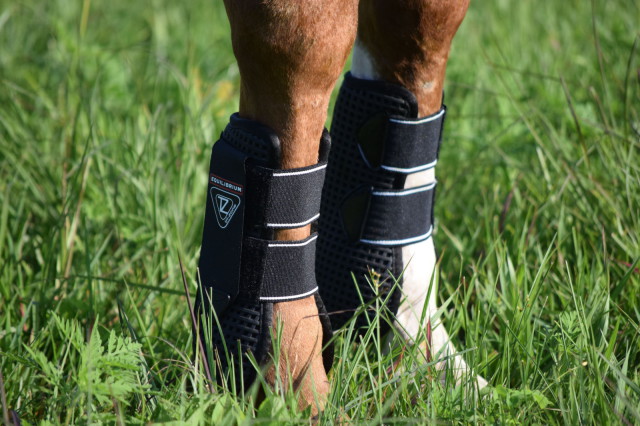 The Airlite Open Front boots are designed to help protect the tendon by using a polycarbonate inner strip, as well as an TPU strike guard. Photo by Lorraine Peachey

When the Airlite Open Front and Fetlock boots arrived for me to try, I was pretty eager to take a look. I was expecting the boots to be lightweight. But after pulling them out of the packaging, I was pleasantly surprised to find out just how very lightweight they felt when I picked them up. The boots do incorporate the Airlite triple layer system.

The Open Front boots actually feel flexible, and they are constructed so that they include not one but two layers of EVA, which help to absorb shock and work to lower the risk of concussion injuries. The boots also are designed to help protect the tendon by using a polycarbonate inner strip, as well as a TPU strike guard (which can also withstand penetration).

The matching Tri-Zone Fetlock boots compliment the Open Front boots nicely. The Fetlock boots are also extremely lightweight and are compliant with both FEI and British Show Jumping standards. They also are designed to protect your horse from concussion and penetration injuries. 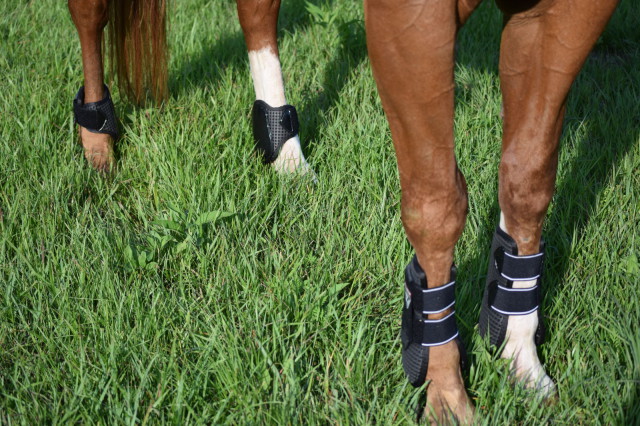 I am personally a huge fan of the patent TPU strike guards on both pairs of boots. The black, glossy appearance just gives them an extra dash of style! Photo by Lorraine Peachey.

After I finish tacking up and before I head out to school over fences, I’ve been reaching for the set of Tri-Zone boots. The set of boots comes in one size meant to fit horses between 15 hands and 16.2 hands; the boots fit Ripley very nicely, who stands just shy of 16 hands. 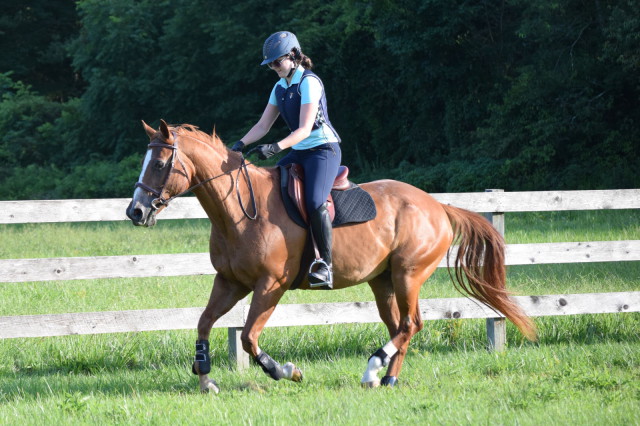 The Airlite boots are just really THAT lightweight, and I often wonder if Ripley even notices their weight (or lack of). Photo by Lorraine Peachey

The Open Front boots contour nicely to Ripley’s legs, and I also thought that they looked great. The outer shell has the appearance of a mesh pattern, which also prevents dirt and debris from getting inside of the boot. I also am a huge fan of the patent TPU strike guards on both pairs of boots — the black, glossy appearance just gives them an extra dash of style!

When heading out to ride, I feel good about Ripley being outfitted in the Tri-Zone Open Front and Fetlock boots. It is still somewhat of a novel concept to me to be able to wear boots that are so thin but still offer protection from penetration and concussion injuries. 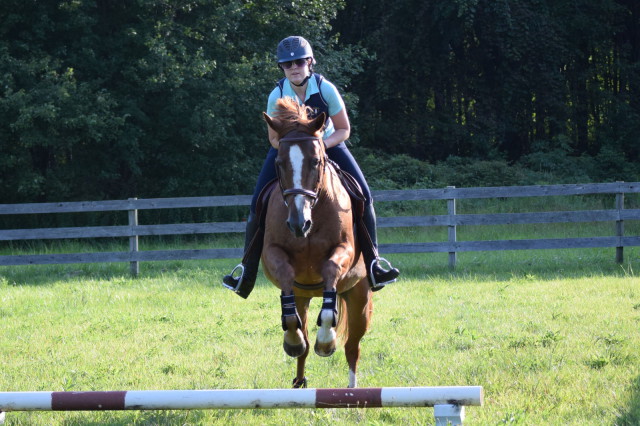 Both the Airlite Open Front and Fetlock boots help protect from concussion and penetration injuries. Photo by Lorraine Peachey.

During my rides, Ripley performed well and without any restriction of movement from the (super) lightweight set of boots. And when I come back to untack after a cool down walk, it is nice to see that both sets of boots stay in place without slipping or spinning.

Something that I didn’t anticipate was that the Tri-Zone boots offer much more than being lightweight and stylish. They are also breathable. After riding on days that are warmer, Ripley is often on the sweaty side. Yet when I remove the boots, his legs do not feel overheated because they can BREATHE.

The Tri-Zone boots are also very easy to maintain and keep clean. I just wipe the set down with a damp cloth before storing them for their next use.