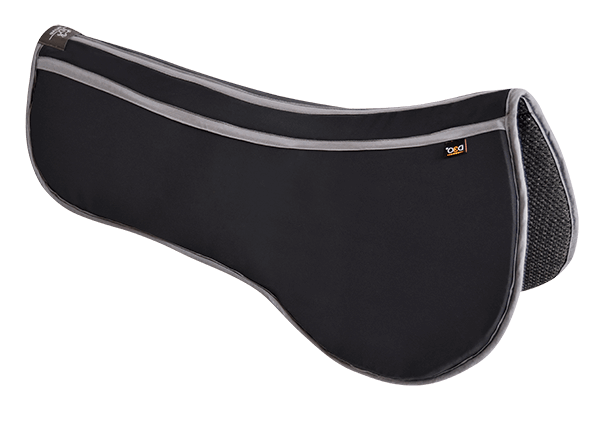 The Invictus Necesse Half Pad. Photo courtesy of Invictus Equestrian.

Have you heard of the Invictus Necesse Half Pad? It won a German Innovation Award last year after introducing a patented “Smart Material” technology to the half pad market. This technology places a reactive molecular structure in the pad’s core to reduce impact. The molecules are “intelligent” in that they pull together and release relative to impact and pressure.

This Smart Material technology is already used in products for sports like biking, skiing, snowboarding and motorcycle racing — essentially anywhere a thin, flexible and effective buffer is needed for protection. The Invictus Necesse Half Pad uses this Smart Material technology in the form of D3O XT Mesh, which is a polymer sheet that incorporates the reactive molecular structure into a breathable mesh form suitable for use in a half pad.

How does that translate to performance in a high impact sport like eventing? To prove the effectiveness of the Smart Material technology, Invictus tested the half pad at the D3O Lab in Croyden, England. The tests started with 5 Joules of impact energy to determine the Peak Transmitted Force (PTF) — or the pressure that can be felt through the material — and ultimately increased to 40 Joules.

No other half pad tested offered the same amount of impact protection in such a thin material. (Click here to view the full results of the D3O lab tests. Adidas and Under Armour, along with numerous other major sports brands, have also tested the Smart Material technology. Click here if you’re interested in reading more of the D3O lab test results.) 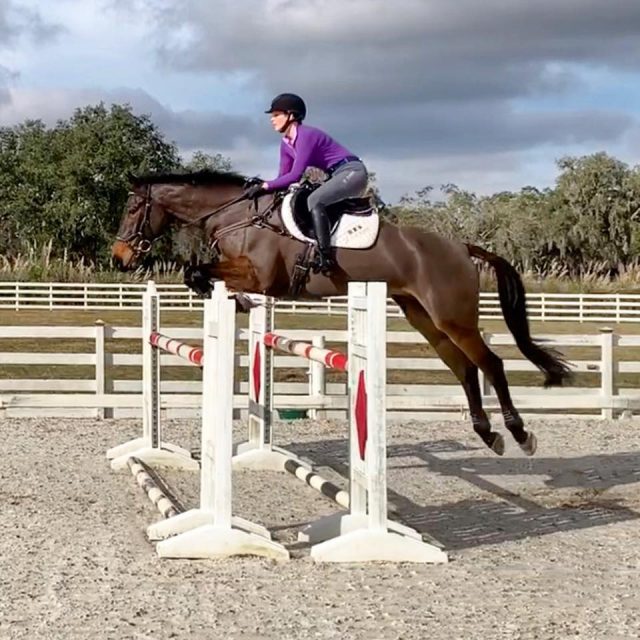 Derry jumping in the Invictus Necesse Half Pad for the first time. Photo by Jimmie Schramm.

Seeing these test results piqued my interest, and I started testing the Invictus Necesse Half Pad last December. My Irish Sport Horse, Derry, had a lot of muscle to build over his topline when I bought him last July and battled a sore back as we ramped up his fitness work, so I wanted a half pad that would effectively protect his back. (For a reference in the photos, both of my saddles have 17-inch seats.)

The Invictus website has a slew of positive testimonials that mirror my own experience. Top riders in pure dressage and show jumping, as well as eventing, recommend the pad in the case of horses who battle back problems or have underdeveloped muscles. It’s ideal when you want just a the right amount of support without too much thickness. 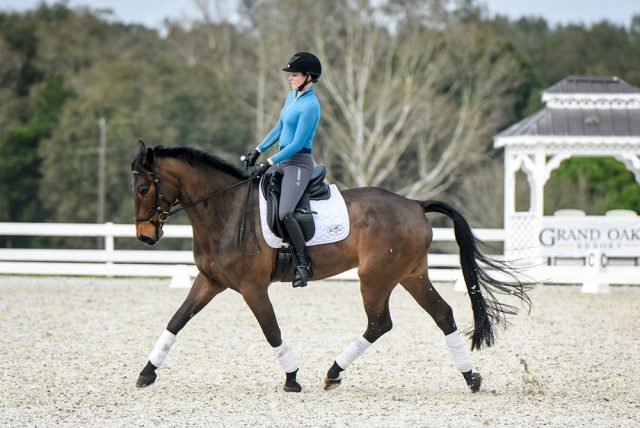 Derry using the Invictus Necesse Half Pad in the 2019 USEA Educational Symposium with Maxime Livio. Photo by Leslie Mintz.

French four-star event rider Maxime Debost said, “The Invictus pad gives me a really great contact with my horse, at the same time having such a high degree of protection. Especially during cross country, where we deal with extreme impact, I am confident that my horses have the best protection.”

The Invictus Necesse Half Pad pad is more commonly seen in Europe but is starting to be seen more frequently in North America, too. You can spot Sally Cousins, Meghan O’Donogue, Hillary Irwin and Selena O’Hanlon all using the pads at competitions. 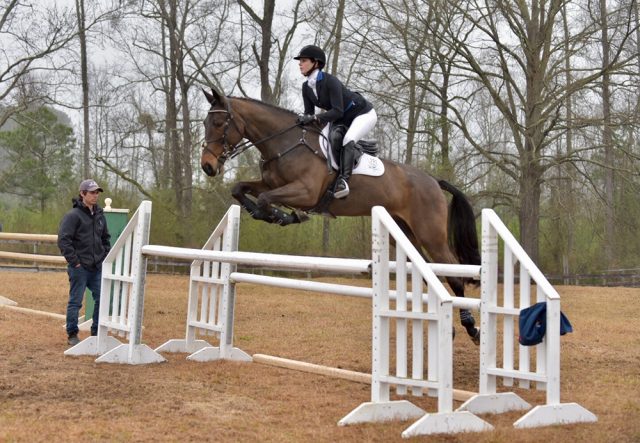 Derry jumping out of his skin in show jumping warm-up at Pine Top. (Note that I still managed to have two down in the ring.) Photo by Leslie Threlkeld.

The 3D-spacer textile (click here for a visual) on the underside of the pad is also a game-changer, as it not only adds elasticity in the pad but also allows for additional space for heat and moisture to disperse. This half pad will stay dry in even the hottest, most humid conditions. The synthetic suede fabric on the top of the pad is non-slip and breathable, and also easy to spot clean.

For those who want a shimmable pad, Invictus also offers the Equality Pad with the same protection features. Both pads are available in black, white or brown and can be purchased on the Invictus website here. SmartPak also has the Necesse Half Pad available for $189, with the Equality Half Pad available for $240. Invictus also offers a money-back guarantee. If you aren’t happy with the pad, you can return it for a full refund.

Have you tried the Invictus Necesse Half Pad? Let us know in the comments below. Go Eventing.