In this excerpt from the bestselling book World-Class Grooming for Horses by pro grooms Cat Hill and Emma Ford, Cat tells us about one particularly “eventful” trip home from the Pan Ams. 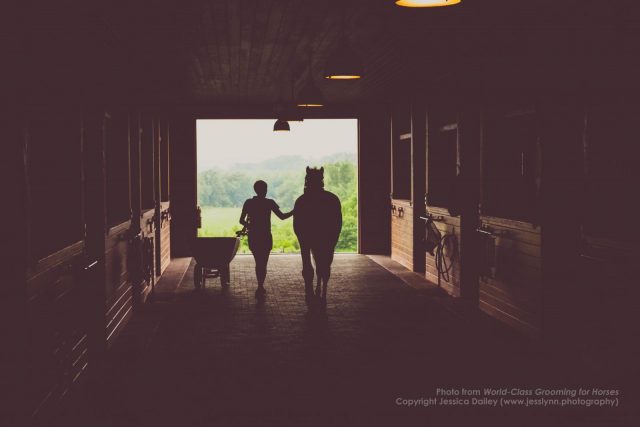 When we came home after the Pan American Games in Brazil in 2007, the five US Eventing Team horses had a seven-day quarantine in Miami to check for ehrlichia (a tick-borne disease common in Brazil). My charge, Mara DePuy’s Nicki Henley, was injured so I was asked to stay in Miami and take care of the quarantined horses since my horse needed the most “tender loving care.”

Quarantine is a tough place: only one person is allowed in the stables at a time and only for an hour. Our gold-medal winning equine team went from four or five meals a day of the highest quality grain and constant care and intense exercise routines to concrete boxes with no windows, cheap hay, and one scoop of straight oats twice a day.

I would literally run into the aisleway and fly through getting Nicki into an ice boot, race through the other horse’s stalls to put my hands on them, check legs, and run a brush over them, change Phillip Dutton’s Truluck’s hoof wrap (he had pulled a shoe on cross-country), to finally get Nicki out of ice and re-wrapped.

The last day we were there, Truluck (“Milo”) wasn’t acting like his normal, cuddly self. I talked to the vets on staff and told them I thought he might be colicking. A vet came, took his temperature, and said he was fine. After a great deal of persuading, I convinced her to let me come back in two hours to check on him.

Many phone calls to Phillip and the United States Olympic Committee, and two hours later, Milo certainly was colicking, but since he still wasn’t running a temperature the vets weren’t buying my urgency. After much handwringing I was allowed to walk him in the aisle. He settled a little and I was asked to leave for the night. So I did what any sane, rational groom would do: I sat in his stall and refused to leave. I screamed, I swore, I was physically dragged out of the barn yelling that I was calling the news and exposing abuse. I then called Phillip, crying, apologizing.

The vet ended up checking on Milo and deciding (once he had a temperature) that he needed more specialized care, and they transferred him to Wellington Equine where his colic was treated.

So, after being up all night with this situation, I was thrilled to see the rigs pull in at 9:00 a.m. to take us home to Virginia! We loaded all the gear and horses into the semi-trailers, and I asked the shippers where the hay was. They looked at me blankly and said no one asked them to bring hay. Luckily, the Canadian team was loading their horses at the same time and they were able to spare half a bale. That was one flake per horse!

I then attempted to climb into the cab and the shippers obviously thought I was crazy; they had not expected me to ride up front with them. So I bunked down on some trunks that were stacked in the back with the horses and settled in for the long ride home. We sat at a standstill in traffic during a wicked thunderstorm, but finally made it to the Florida border. The horses were out of hay, wet, and miserable, and I was about the same.

When we stopped in line at the agricultural stop on the way out of Florida, I jumped out of the truck and visited every livestock trailer there, asking if I could buy some hay. I ended up buying two bales for an absurd sum of money.

A long 10 hours later we made it to Virginia. I can honestly say I have never been happier to see High Acre farm in my life!

This excerpt from World-Class Grooming for Horses by Cat Hill and Emma Ford is reprinted with permission from Trafalgar Square Books (www.horseandriderbooks.com). 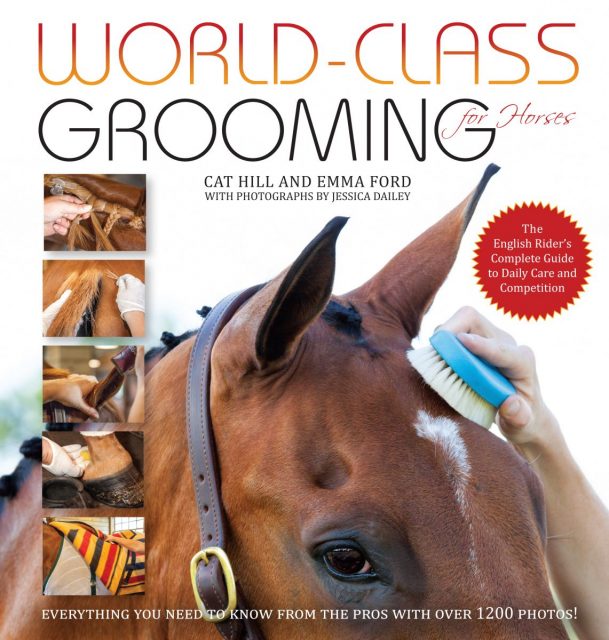