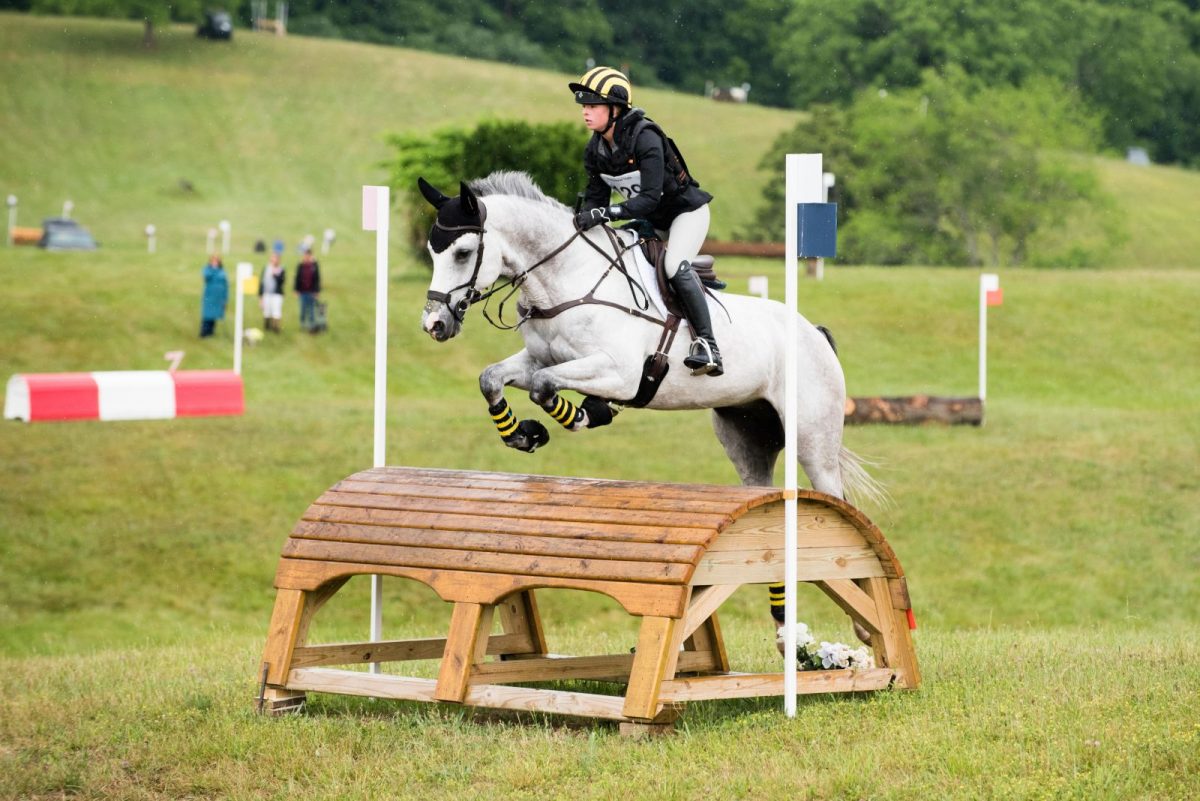 Randolph-Macon competitor Morgyn Johnson and Peter Parker GS sit second in the CCI1*-L, helping their team to the overnight lead in the USEA Intercollegiate Eventing Championships. Photo by Leslie Threlkeld.

Randolph-Macon College is hunting down its first victory in the USEA Intercollegiate Eventing Championships at VHT International, with their two teams sitting in the top ten on Saturday.

The Randolph-Macon Yellow Jackets lead the way against 27 other undergraduate teams on a team score of 87.79. Morgyn Johnson has the top score on her team and is second in the CCI1*-L with a 30.2.

“He was really great. He is such an honest horse and such a superstar. He took every question in stride,” Johnson said after her double clear cross-country ride with Peter Parker GS.

Johnson is a rising senior studying business management and communications. When it comes to balancing riding with school work, she makes sure to stick to a schedule.

“It’s definitely possible to ride and be in college, so don’t let anyone tell you otherwise!” Johnson said. “Being a part of Randolph-Macon [Eventing] is one of the best experiences of my life, if I’m being honest. The team is so great. Everyone is so supportive of each other and, as you can tell with [the opening ceremony] last night, we definitely don’t lack in team spirit.”

The current second placed team is University of Kentucky Wildcats on a score of 90.41. As an individual, team member Cosby Green is leading the Training Horse A division with McCreary (30.0). Ivie Cullen-Dean is another member of the UK Wildcats and is leading the Open Beginner Novice Horse with Redfield Lorimer (31.4). She also leads the Open Training with Michael Dean’s Fernhill Full Throttle (scoring 31.0 for team UK Cats).

“I have three horses here which was quite a bit – six rides today,” Cullen-Dean said. “It’s been a bit chaotic but I’ve had some super good rides on all of them.

“It’s a little bit emotional for me. [Fernhill Full Throttle] had an injury last summer and we weren’t quite sure where we were going to go after that. This is his second show back. It’s a dream to be on him and icing on top that he’s leading the division…I’m just getting to know [new ride Redfield Lorimer] and hoping that he will have a confident round around the Beginner Novice.” 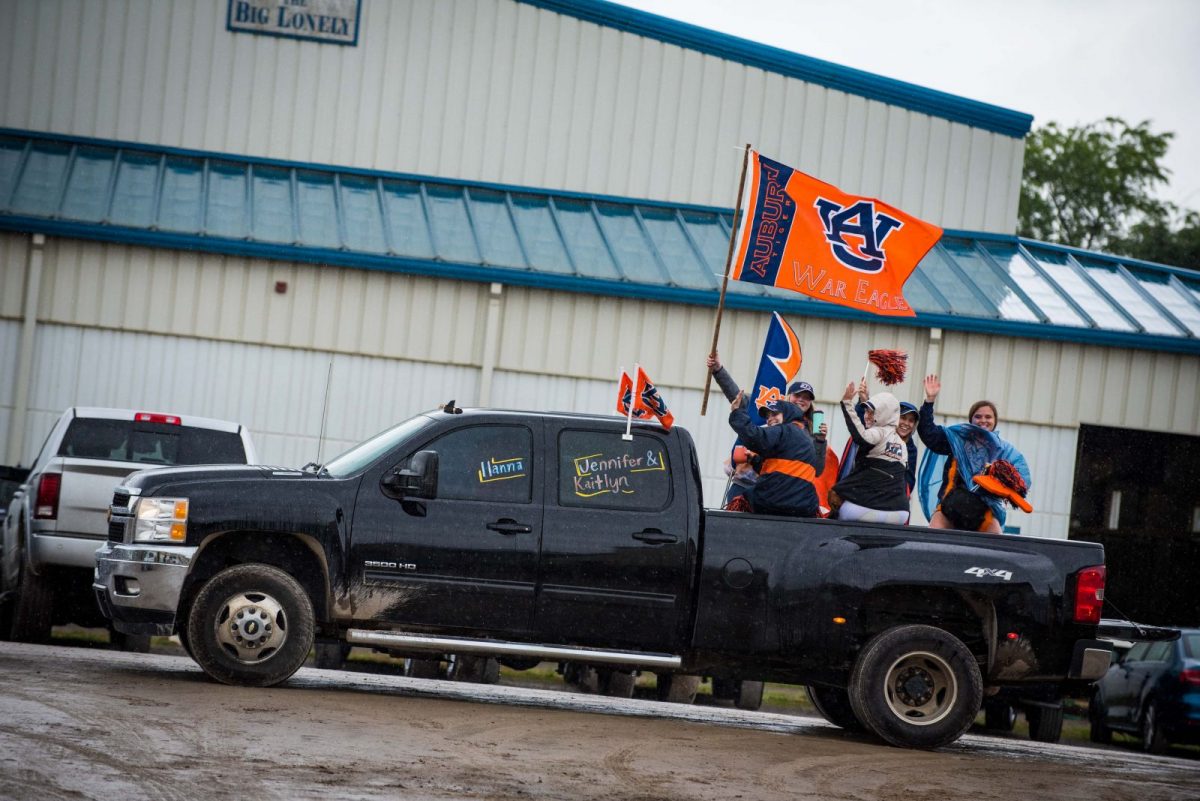 Auburn University shows their school spirit as they head to cross-country to cheer on teammates. Photo by Leslie Threlkeld.

Cullen-Dean is a communications major in digital media and manages the University of Kentucky social media accounts. As a sophomore, this is her first time competing in the Intercollegiate Championships.

“Having everybody come and cheer for you at every single ride is kind of something you never really think about in riding. You always have a support group but having your friends and also your teammates with you on your side is one of the best feelings possible.”

Rounding out the top three in the team competition is Auburn University Orange on a score of 96.035. As the two-time reigning champions, Auburn is looking for a hat trick this weekend at the Virginia Horse Center, but it’s all to play for on the final day of competition.

Looking to the individual horse trials, Daniel Clasing and Jennifer Ward’s Olney Uncle Sam (27.7) held on to their lead in the CCI3*-L with a double-clear cross-country round, followed closely by University of Kentucky rider Cosby Green and Copper Beach (28.7).

Tokyo-bound U.S. team rider Elisabeth Halliday-Sharp leads the way in the CCI2*-L (A) with Shanroe Cooley (31.1), owned by Ocala Horse Properties. Christina Henriksen has control of the CCI2*-L (B) riding CIERRA (28.4).