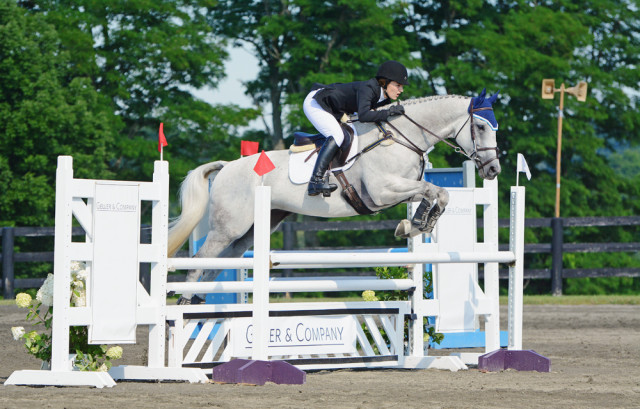 The new Modified level, a step between Training (pictured) and Preliminary has been officially added to the Rulebook. Photo by Jenni Autry.

The USEA has published a helpful reminder list of 2017 rule changes that go into effect on December 1, 2016. Here are a few notable changes, but you can read the USEA’s entire post at this link.

Remember these are rule changes for 2017. Don’t go to an event next weekend and operate as if these rules are already active.

One major change to the “dress code” for dressage is that Beginner Novice, Novice and Training riders will be allowed to compete without a jacket,  “In such cases, shirt – long or short sleeved with collar and without neckwear, of a conservative color, neatly tucked into riding breeches.”

Carrying a whip around or in the dressage arena (when whips are forbidden) or with the horse still wearing boots or bandages will incur an error of test, but not elimination. Entering the arena before the bell or not entering the arena within 45 seconds after the bell will also incur an error of course. Failing to enter the arena within 90 seconds of the signal, however, will result in elimination.

The new Modified level has been added to the 2017 Rules for Eventing. Modified was created as a stepping stone from Training to Preliminary and the hope is that it will better prepare horses and riders for the increased technical difficulty required at the upper levels while remaining “obvious and inviting to the horse.” Riders of any age and horses four or older may compete in Modified, and the competitor must have obtained an NQR at two horse trials at the Training level or higher. Look for orange numbers on a blue background on courses next year.

The language for the Levels of Horse Trials Appendix has been significantly expanded, specifically on the cross country test for the Beginner Novice and Training levels. These descriptions are meant to provide a basic framework of expectations at each level.

For safety, fair competition and so you don’t eliminated for something silly, it’s critical to know the rules and stay up-to-date with any changes. Find the complete current USEF Rules for Eventing here or order a hard copy of your own from the USEA store.