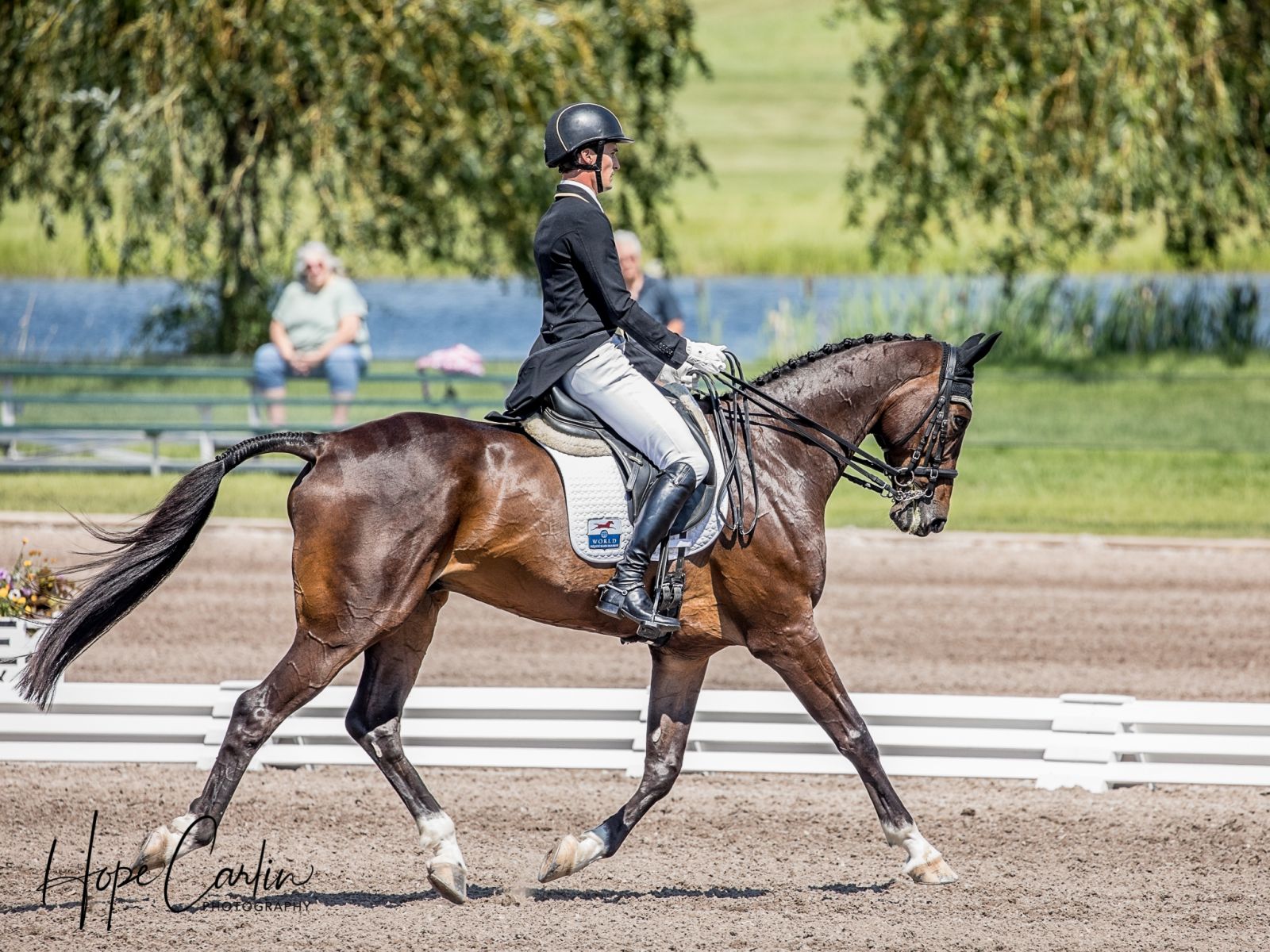 The FEI competition at Rebecca Farm continued today with the CCI3*-Long, CCI4*- Short, and CCI4*- Long dressage. With scores ranging from the mid 20s to the low 30s, the standings in all divisions are tightly packed.

Woods, who trains with Sharon White on the east coast, is enjoying his first trip to Montana. He said he’s been enjoying seeing a new mountain each day because the wildfire smoke has been clearing and revealing more of the peaks. Woods also found some fame on Instagram today when Hope Carlin turned one of her photos into a faux-GQ cover page featuring Woods and his horse at the first horse inspection. “The Eventing Issue” featured the tagline “Look sharp and ride smart.” Woods certainly has both things covered! 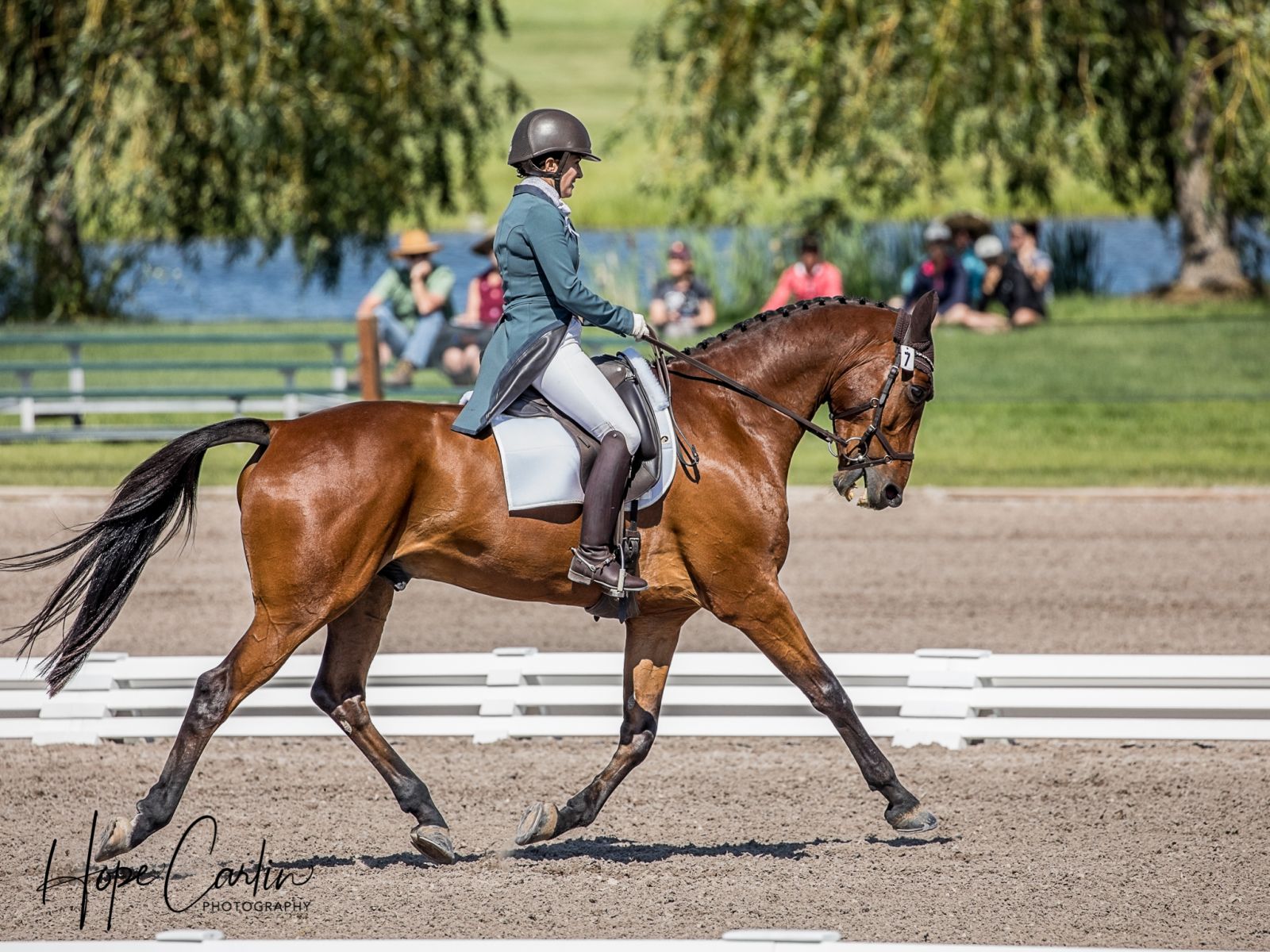 Erin Kellerhouse and her self-owned Woodford Reserve, a 10-year-old Irish Sport Horse, stand in second place with a score of 31.3. Erin was happy with “Woody” today because he often “warms up really well and then gets super revved up in the ring” but today he stayed really relaxed. When talking about the cross country course, Erin said that riding at this level always makes her a bit nervous because “anything can happen … you have to be on it.” 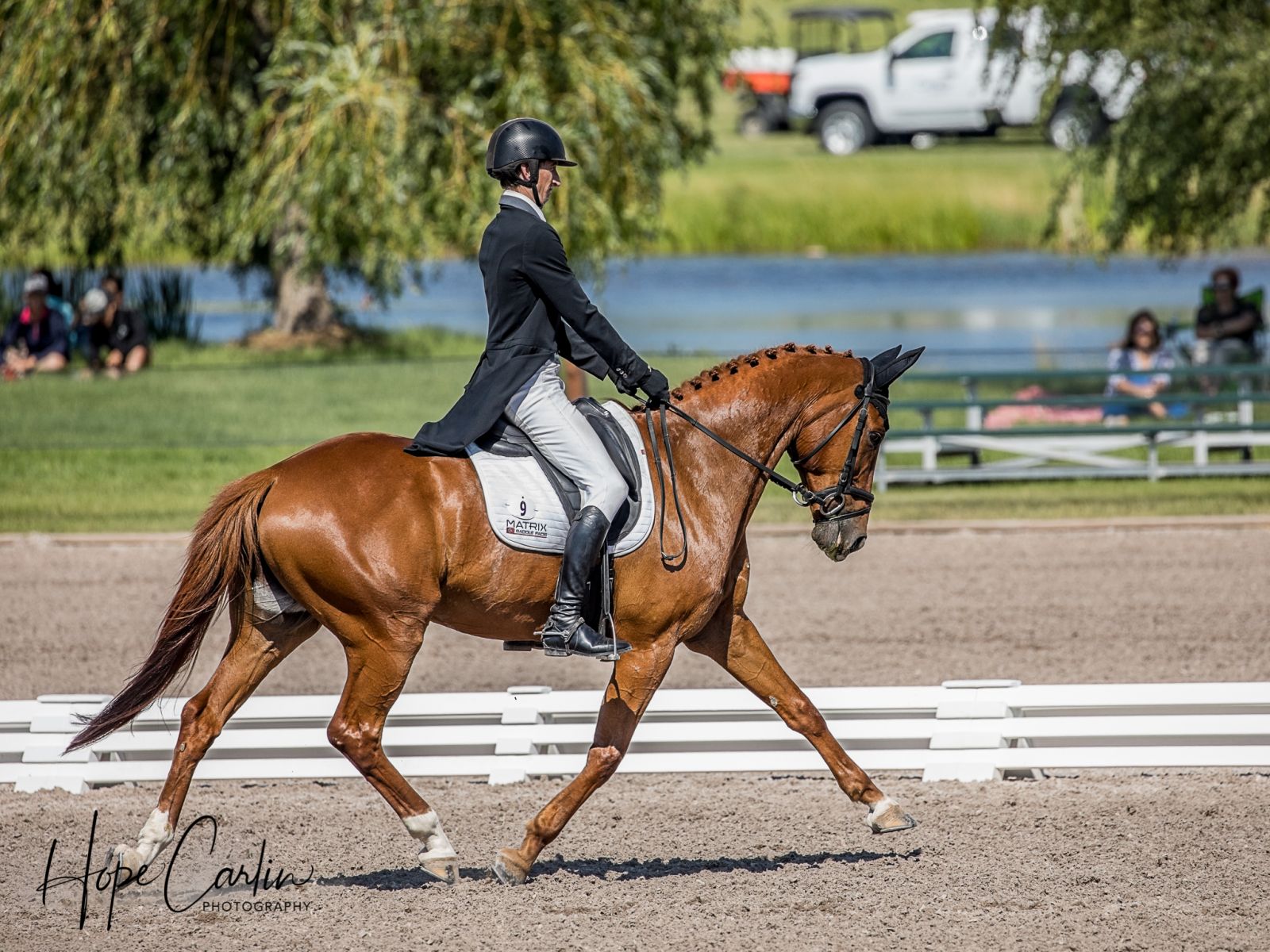 Currently standing in third place with a score of 32.8 are James Alliston and Paper Jam, a 12-year-old Hanoverian owned by James’ wife, Helen Alliston. James said “Jammers” can “get a bit lit up [in the dressage ring] but he likes it here and stayed relaxed in the ring today.” When asked if the name Paper Jam is a nod to the 1999 film Office Space, James said he didn’t know and had never seen the film, but wants to watch it after he returns home to California. Eventing Nation will be waiting for his film review and follow-up. 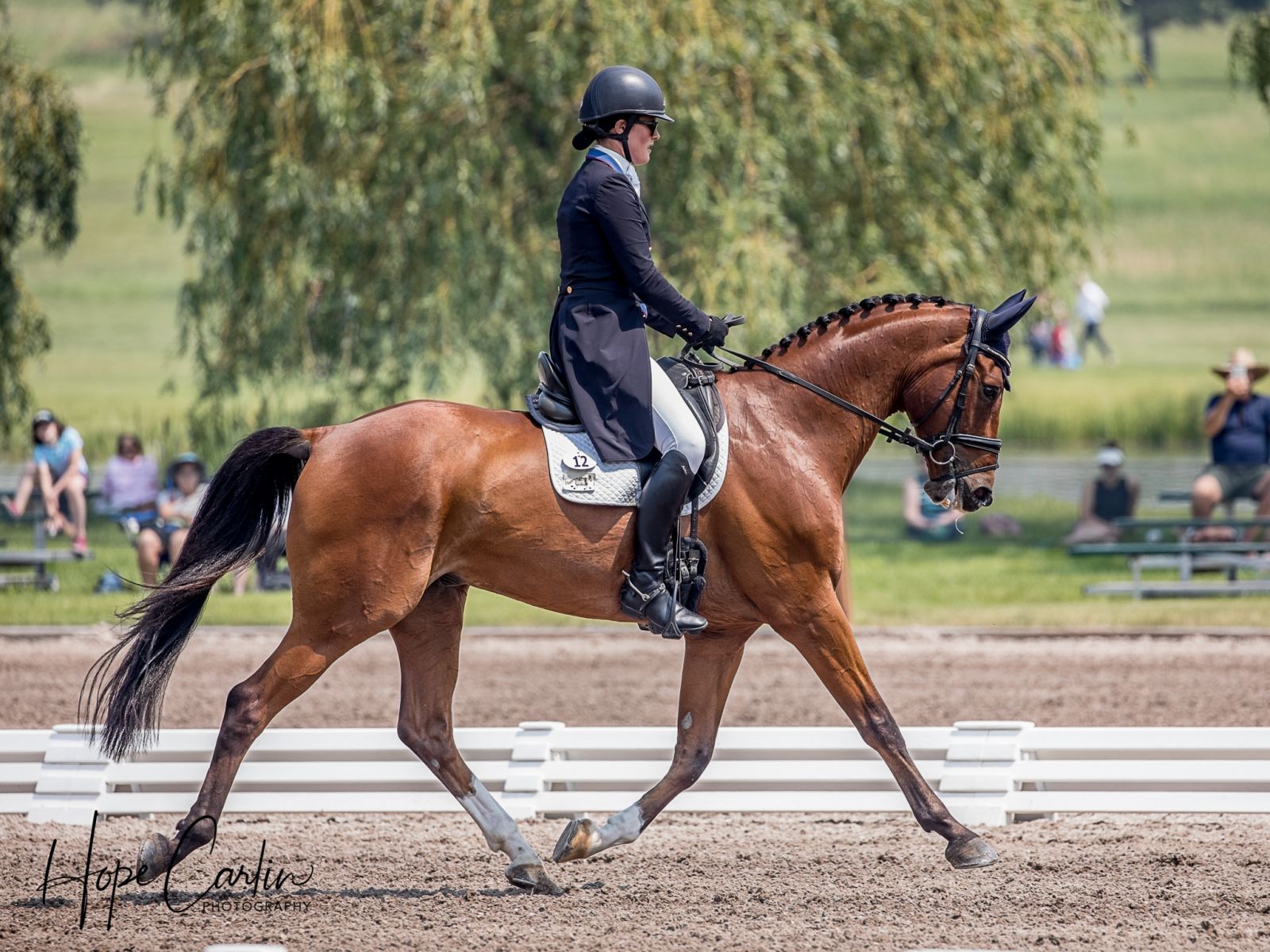 The top three after dressage in the CCI4*-S are all well-known names within the eventing community. Maya Black and Miks Master C lead the division with a score of 25.8. “Mickey” is a 9-year-old Swedish Warmblood owned by Laurie Cameron. Maya said he was a good boy and that, even after a long haul from the east coast, he “went in and stayed really relaxed and obedient.” Maya is hoping to run a CCI4*-Long this fall with Mickey, and the course here at Rebecca Farm should be a good test for him at a new (to him) venue. 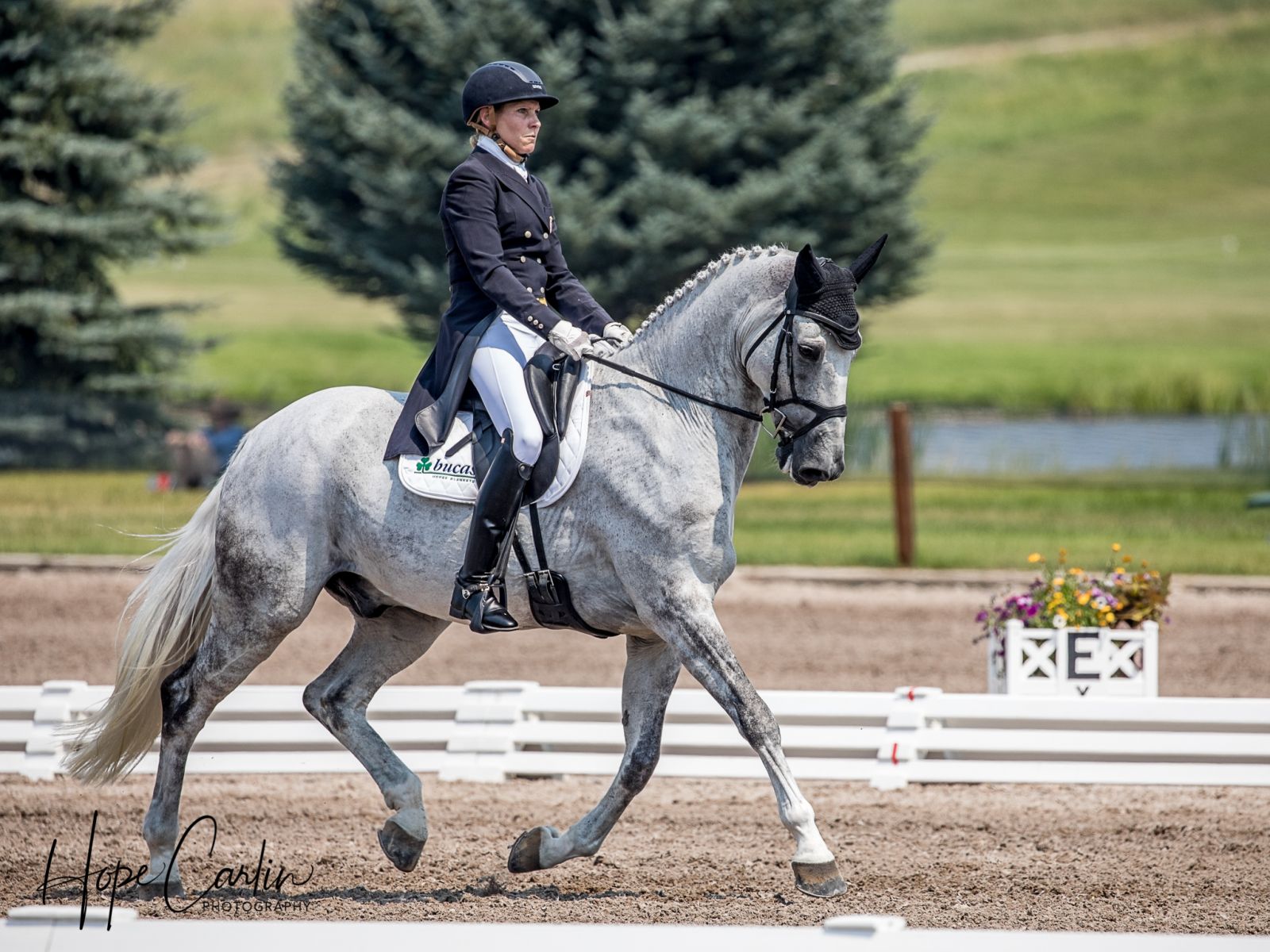 Liz Halliday-Sharp and The Monster Partnership’s Cooley Quicksilver stand in second place with a score of 28.8. Liz said “The Monster” is a bit out of practice because this was his first test since Land Rover Kentucky in April. “He is quite wiggly and quite cheeky, but actually all in all the movements were quite good.” Liz was slotted to ride for Team USA in Tokyo, but changed plans to attend Rebecca Farm when Deniro Z was withdrawn from Olympic participation. Despite her disappointment, Liz said she is enjoying Montana and will plan to return next year with several horses.

Andrea Baxter and Indy 500, her 16-year-old Thoroughbred mare, are veteran competitors at Rebecca Farm, as they have been competing here together for about nine years. After scoring a 33.1, Andrea said “she [Hundy] is an old pro these days, but really is learning the game and the drill and is trying hard… and I finally got a good test out of her here.” Andrea joked that she needs to remind herself that she’ll be riding Hundy on the CCI4*-S course, while Hundy’s son, Laguna Seca, will be running the CCI4*-L. 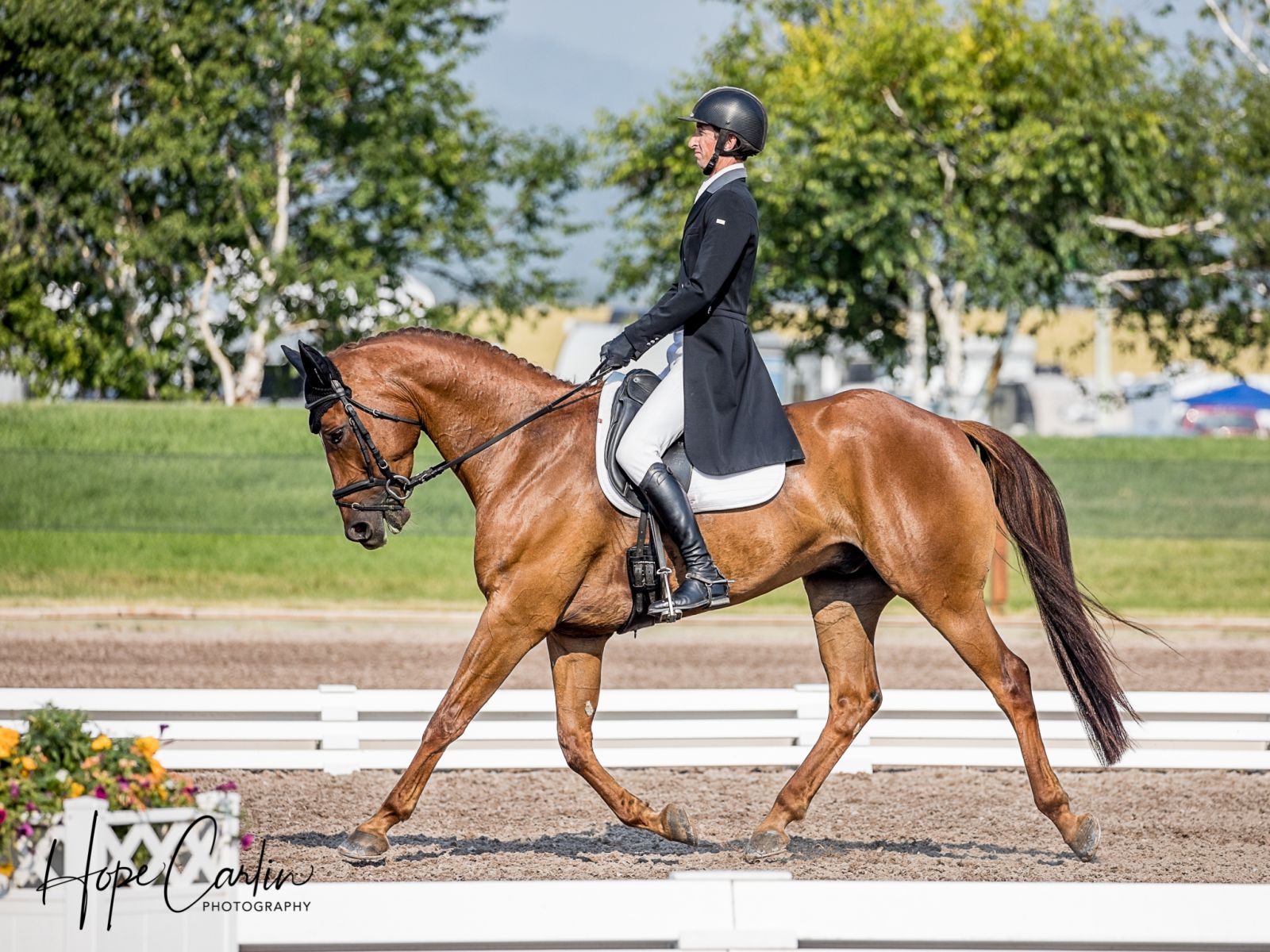 In addition to his third place standing in the CCI4*-L, James Alliston also stands in first place in the CCI3*-L with Nemesis, a 7-year-old Canadian Warmblood owned by Alliston Equestrian. Commenting that Rebecca Farm can be quite a “buzzy” atmosphere, Nemesis is a relaxed sort of horse. “He could have gone a bit more forward, but he made no mistakes.” He’s a young horse and this is his first CCI3*-L, so James was quite happy with a score of 30.3. Nemesis is half Thoroughbred, so he should handle the galloping well, although the jumps will be a challenge for him as a young horse that is inexperienced at this level. 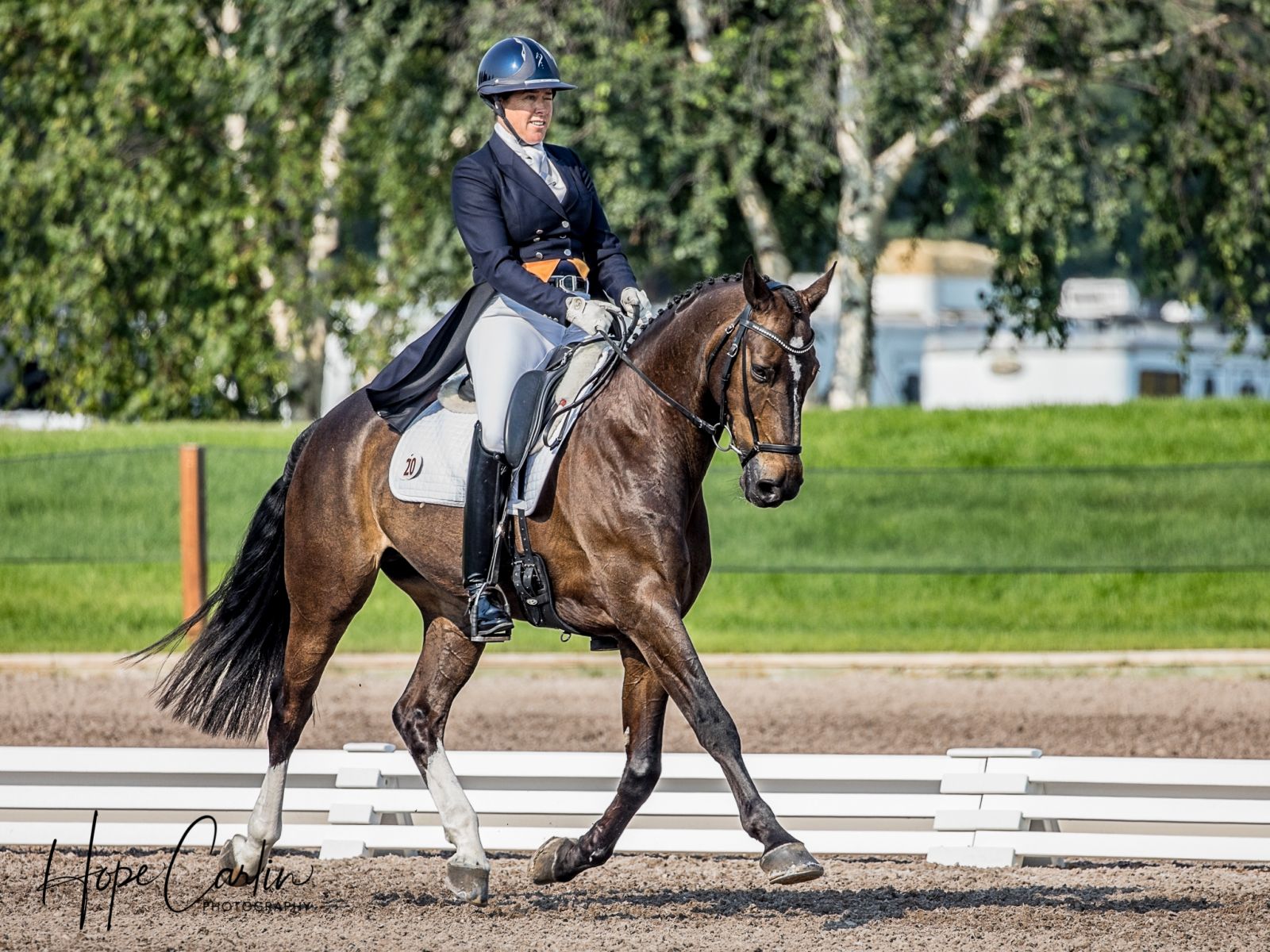 A score of 32.3 puts Auburn Excell Brady and her self-owned BSP Tuxedo in second place. “Tuxy Buns” is a 12-year-old Oldenburg and Auburn said it “was actually a bit surprising that he was so relaxed.” Auburn is excited to be here – her horse is “keen but can be a bit spooky,” although “he is capable” of doing well on the challenging course. 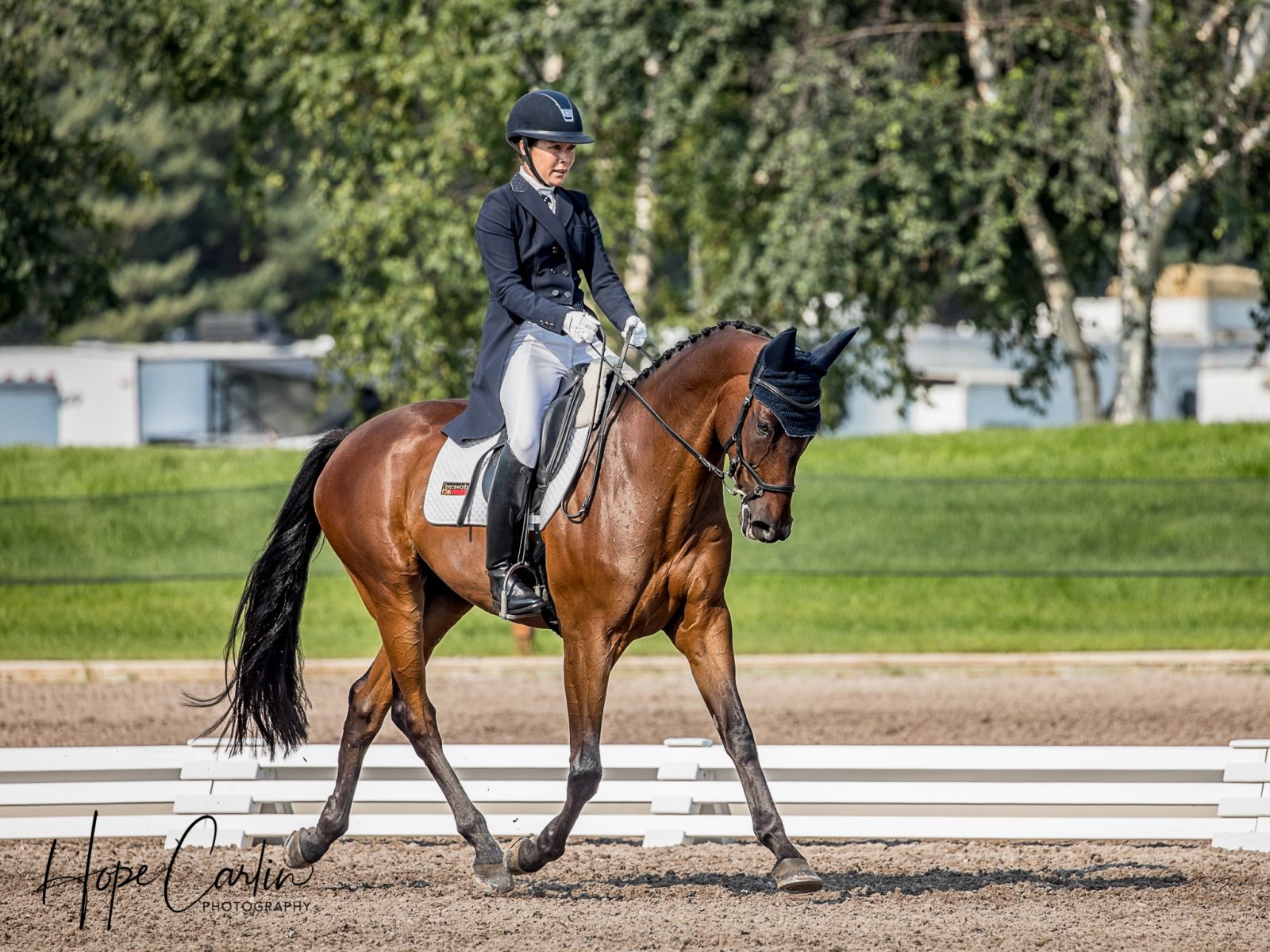 Rounding out the top three, Jennifer McFall and Stoneman, a 10-year-old Thoroughbred owned by Cheron Laboissonniere, scored a 32.7. Jennifer said they have “been working through some tension and performance anxiety” but that “Stoney” was really good and relaxed today. She is looking forward to cross country, but commented that “the first water is the hardest thing on the course – it’s big jump in, you have the crowd on the hill, and a vertical gate out.” The other riders agreed with that assessment and noted they will need to ride with precision on Ian Stark’s course on Saturday.

The FEI divisions begin cross country on Saturday at 9:50am local time. For 2021 ride times and results throughout the weekend, please visit the website here.

Admission for this family-friendly spectator event is free, with full concessions and a large multi- interest shopping fair, as well as a free Kid Zone that includes pony rides, PonyUp! (Horsemanship 101 classes for kids), face painting, arts and crafts, and more. A one-time, recommended $10 parking donation per car to support Halt Cancer at X and a full weekend pass is available with a $25 donation.

To access Rebecca Farm, from the junction of Highways 93 & 2, travel two miles north on Highway 93 to Reserve Loop and go west two miles, then south on W. Springcreek Rd. The entrance is 3/4 mile on the right. 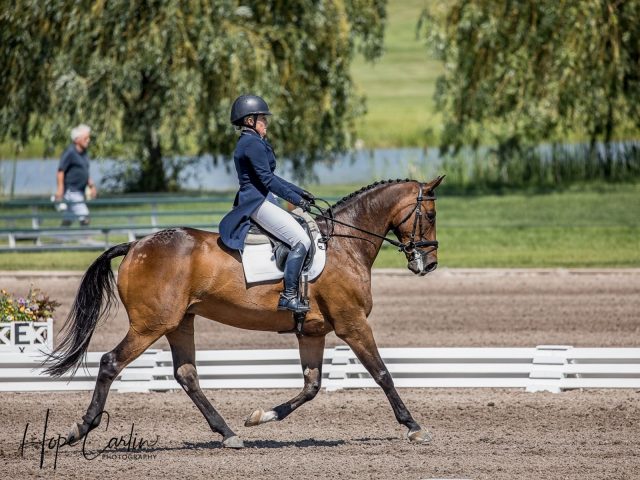 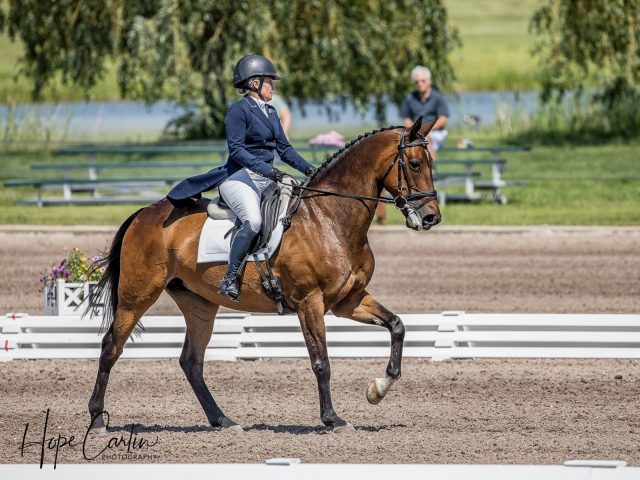 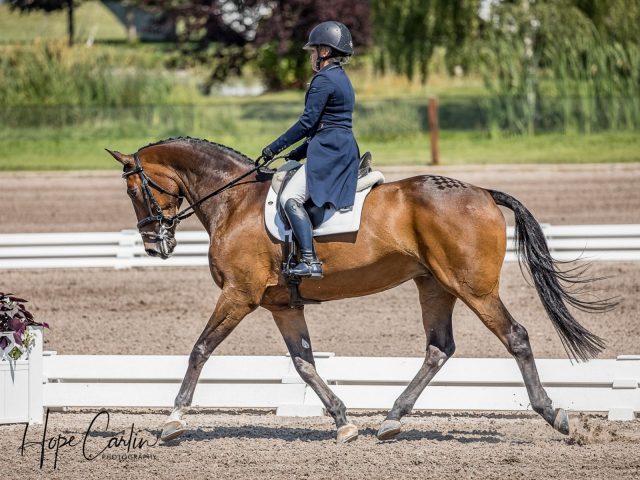 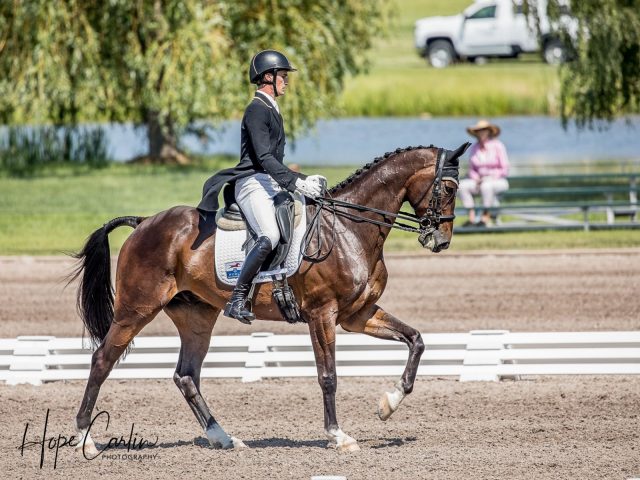 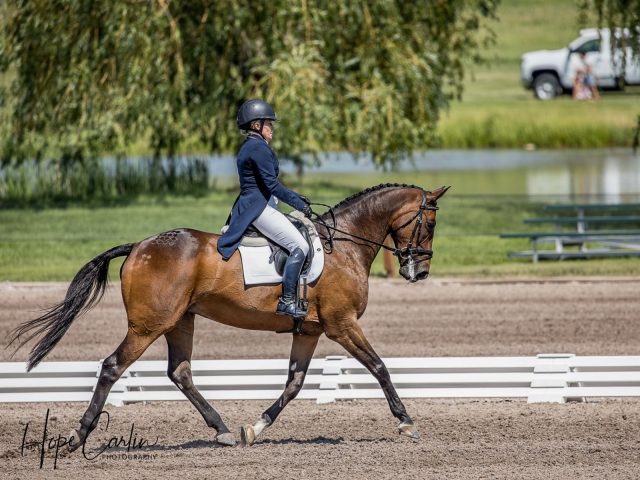 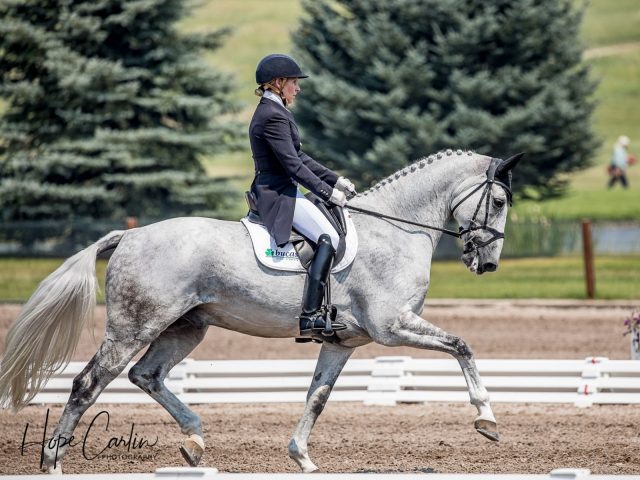 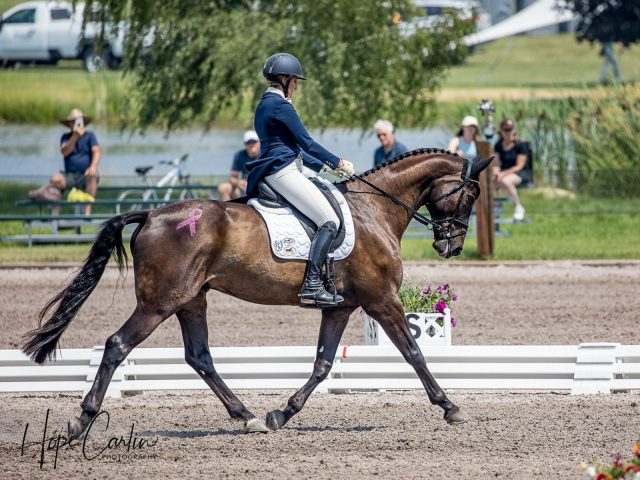 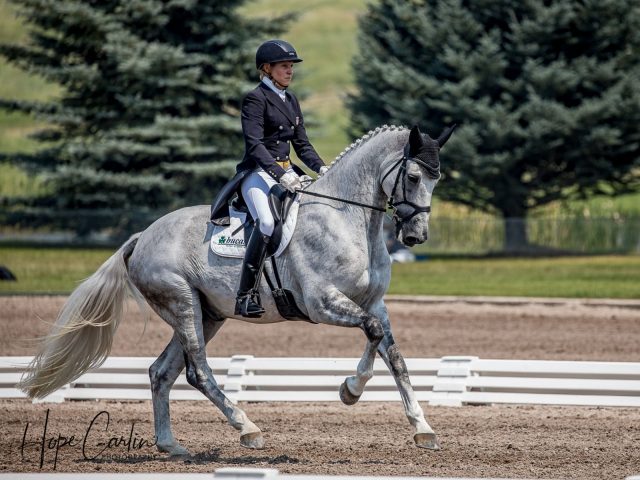 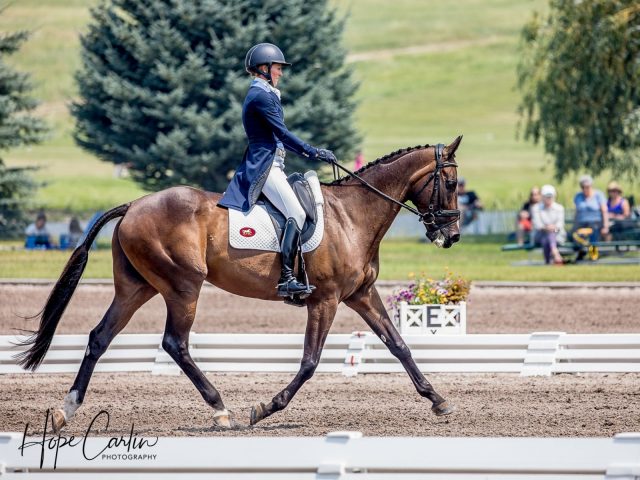 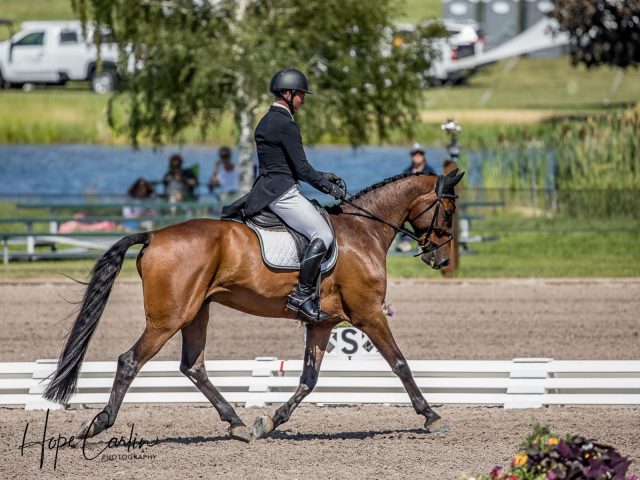 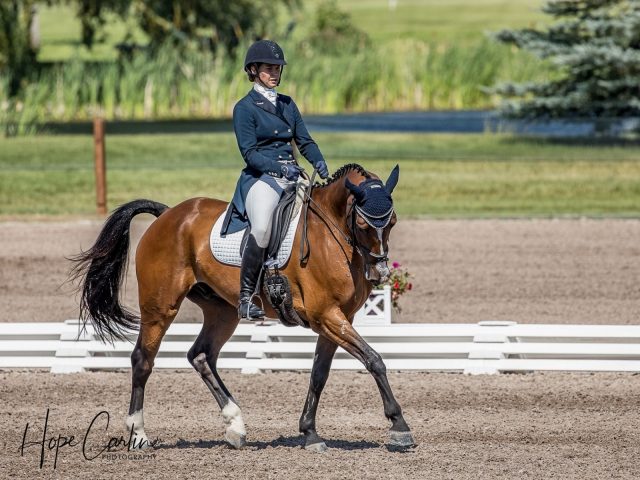 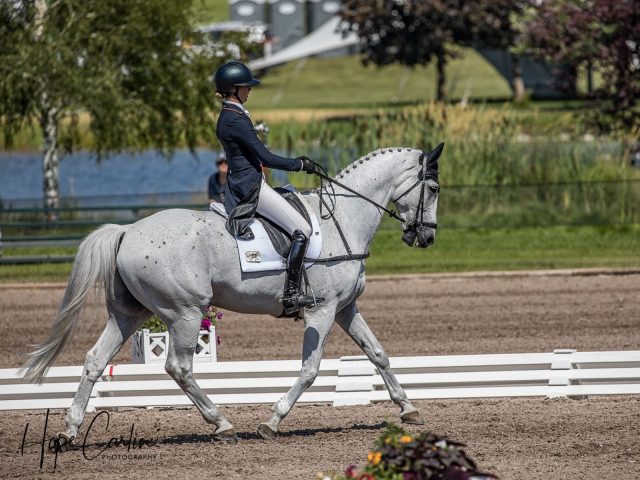 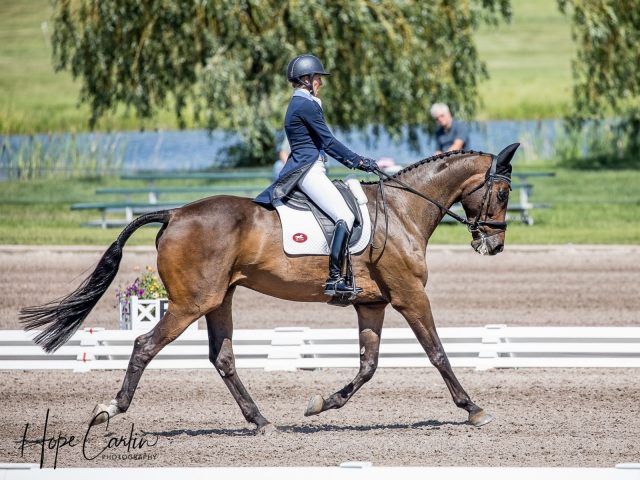