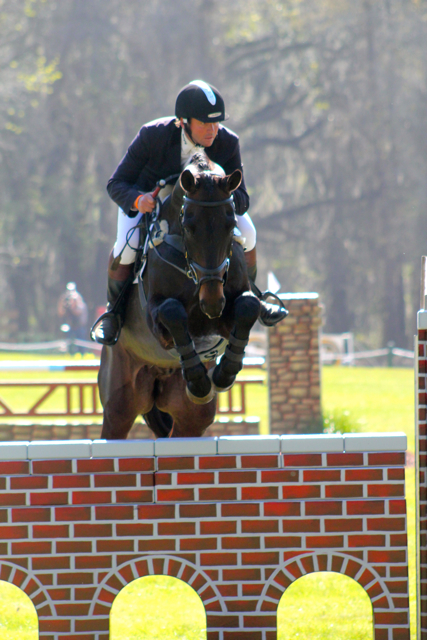 Clayton Fredericks led the dressage on his impressive black Sorrento by just over a point from Jennie Brannigan and Indie, and a clear round in the show-jumping solidified his lead when Jennie had a rail down. 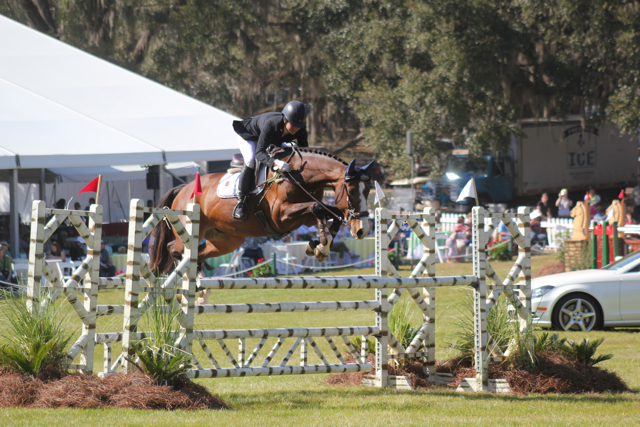 Indie and Jennie Brannigan will still start the cross country in 2nd place Saturday morning, but have a little more ground to make up if they intend to catch Clayton. You can find all the scores here. 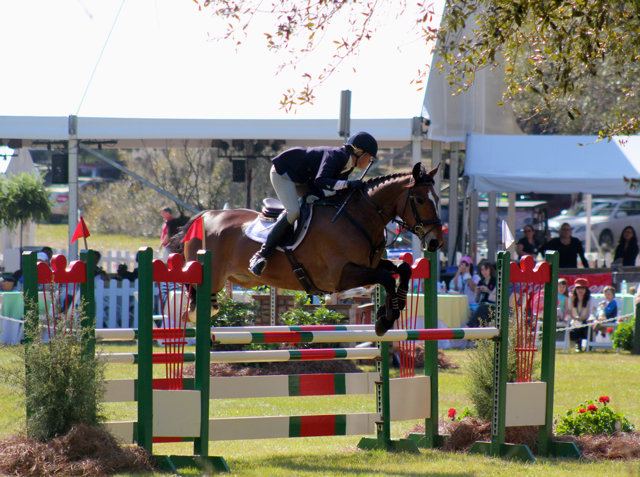 After a nice dressage on What Law, “I’ve been working on getting him to stick his head out rather than in, and perhaps he stuck it out a little too far this afternoon!”, Lesley Grant Law jumped clear to move up three places to 3rd. 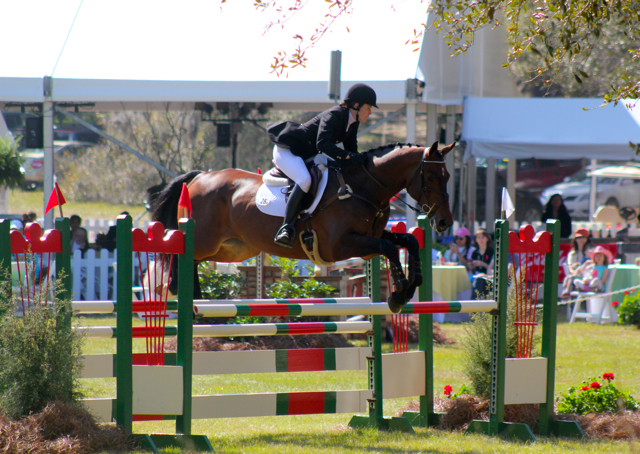 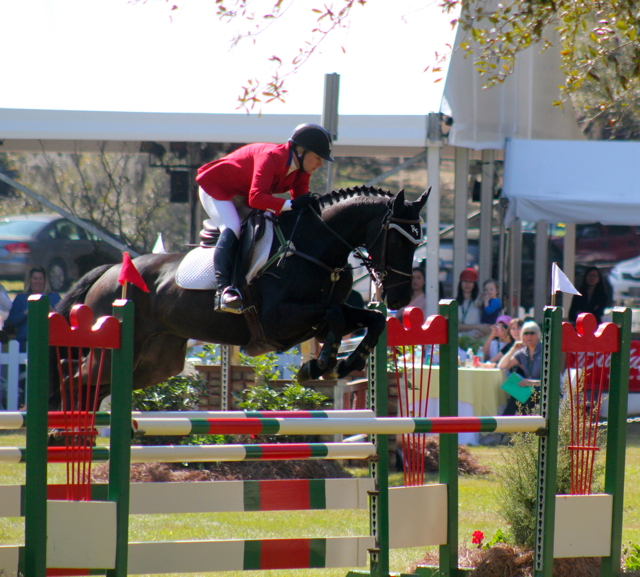 Marilyn Little was first into the ring on RF Azarah and jumped a deceptively easy-looking clear round to move up to 5th place after the first two phases. 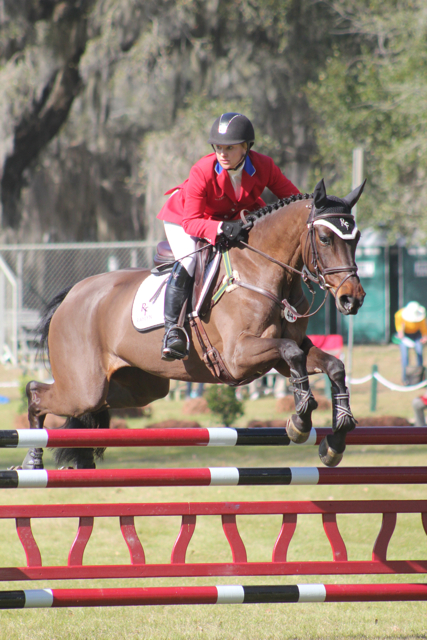 In fact the one rail Marilyn had down on RF Black Pearl was the only fault she picked up in four rounds of jumping on Friday afternoon, leaving her in 5th and 6th spots in the CIC** 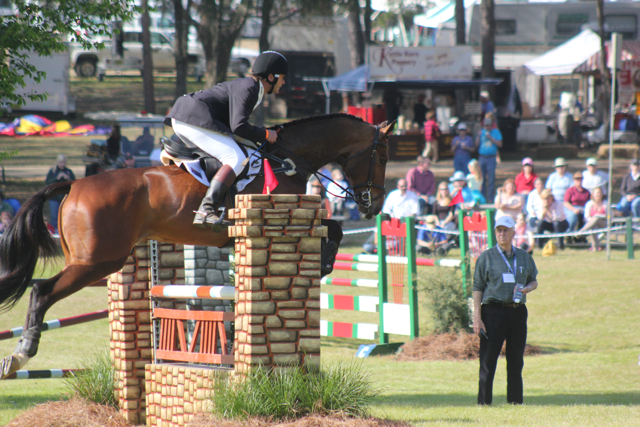 Clayton Fredericks added a second clear to his tally also, to lie in 7th place overnight on Pigrela Des Cabanes.  In between riding Clayton has been coaching the Canadians who are out in force this weekend, and someone somehow even persuaded Graeme Thom to video all their rides so they can review them which is something Clayton apparently particularly likes.  In what might have been a tricky transfer, taking the place of the much beloved David O’Connor, Clayton seems to have slotted into Ocala life fairly easily; he’s certainly becoming a fixture at the events already, the Canadians seem to have wholly embraced him and even those strait laced girls of the Sinead Halpin Eventing Team have let their hair down a bit since basing themselves at his farm for the last month. 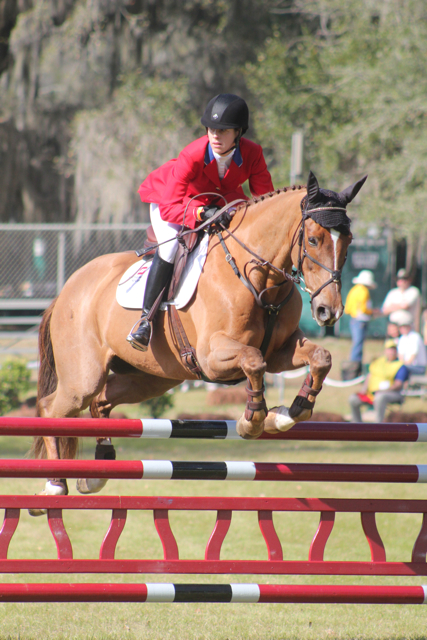 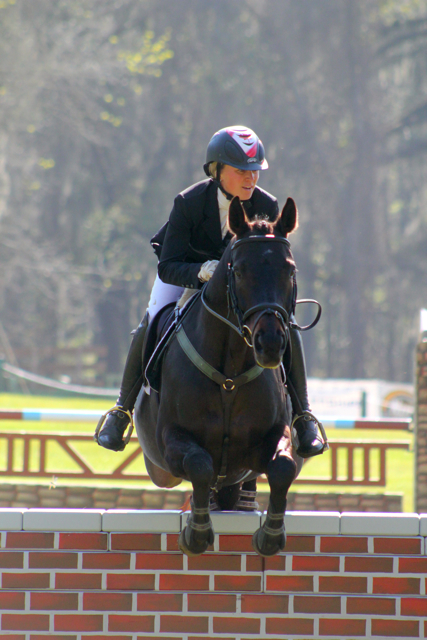 Jessie Phoenix and A Little Romance in 9th place overnight.

The CIC** will start out on cross country Saturday morning starting at 8:55am following the OI divison which kicks the day off at 8am sharp.  If everything runs to time all day then it looks like the last horse on course will go at 5:21pm. Please return to Eventing Nation for more Red Hills, but in the meantime thank you for visiting, good luck to all the competitors, and Go Eventing!