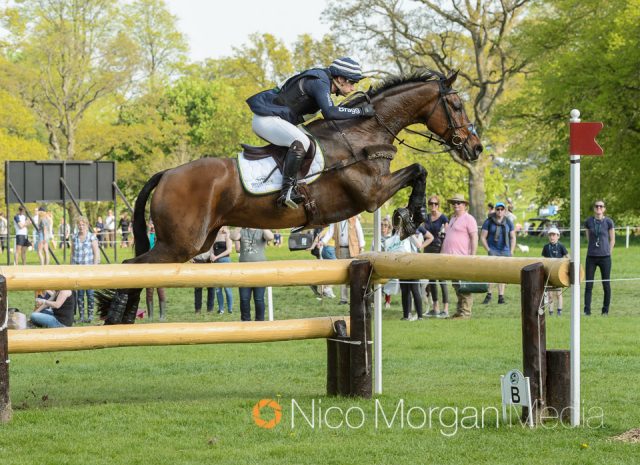 We are devastated to report that Alex Bragg’s mount Redpath Ransom was euthanized at Badminton Horse Trials today after suffering a catastrophic injury to the suspensory ligament in his right front leg on cross country.

The injury occurred while the horse was galloping between fences 27 and 28 and was not related to a jump. Alex retired the horse on course, and Redpath Ransom was transported in the equine ambulance to the on-site veterinary clinic in the stables at Badminton. An orthopedic specialist examined the horse and determined the injury to be irreparable.

Bred in Great Britain by Anne Sturges and purchased as a foal by Adelle Brabham, Redpath Ransom, a 13-year-old Anglo European gelding (Randi Elite X Redpath River Dancer, by Euphemism) owned by Michael and Naomi Roe and Debbie Nuttal, started his eventing career with Alex as a 6-year-old.

Alex produced “Reeko” from BE100 through to the CCI4* level, completing Burghley in 2016 and Luhmühlen in 2017. The horse represented Great Britain in the Nations Cups at Ballindenisk in 2014 and Strzegom in 2017.

The EN team extends our deepest condolences to Alex, Michael, Naomi, Debbie, and all who knew and loved the horse. Rest in peace, Reeko.

[Statement regarding horse no.82 – Redpath Ransom]