Avery Klunick had a great season competing at the Advanced level in 2014 and has taken to her blog to reflect on her growing career. She’s graciously agreed to share her blog post with us. To learn more about Avery, be sure to follow her blog for more updates. 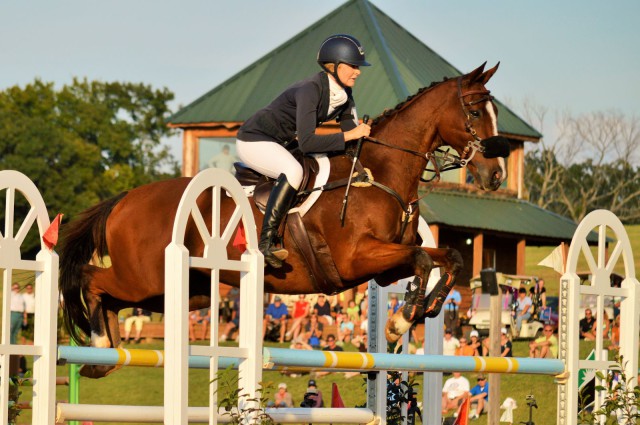 When I first began riding horses at 6 years old I was immediately addicted to riding, but it wasn’t until I got In It To Win It (aka “Winston”) in 2008 that my journey with horses grew to a whole new level.

Together, Winston and I have traveled thousands of miles, competing at the NAJYRC at the CCI1* and CCI2* levels in 2011 and 2012. In addition to competing Winston, I am also bringing along Ringwood Army, a talented young prospect who recently won the Area V Training Championships.

This year has been one of opportunity and growth, most notably Winston and I began competing at the three-star level. Things really took off this year when I decided to take my spring semester off. I wanted to gain experience by getting Advanced level competitions under my belt. Going back to the West Coast to work with Bea and Derek di Grazia was a great way to do that and to improve my riding.

When I was making the decision to take a semester off, I heard repeatedly that I shouldn’t do it because I would never want to return to school. Even with all of these warnings I still decided it was the right thing for me to do. I was nervous but since I had worked at Bea and Derek’s during the summer of 2013 I felt much more comfortable going back for a longer period of time.

Being a working student is a large time commitment, but it’s very rewarding. I had lessons almost every day with Bea or Derek and I participated in the developing rider training sessions with David O’Connor.

Focusing solely on riding, I was able to improve my riding style and Winston’s training and correctness grew. I’m really thankful to Bea and Derek for finding Army, and teaching me so much about properly bringing up a young horse—I was so proud to watch Army grow up this year.

When Winston and I qualified for a CCI3* I knew I had made the right decision and was thrilled with this huge accomplishment. Derek suggested that we go to Bromont—so we did! If not for the support of my friends and family, competing at Bromont could never have been a reality for Winston and I.

We completed the difficult course at Bromont and finished our very first CCI3*! I could not have been happier with Winston and it was a great way to finish out the spring season. 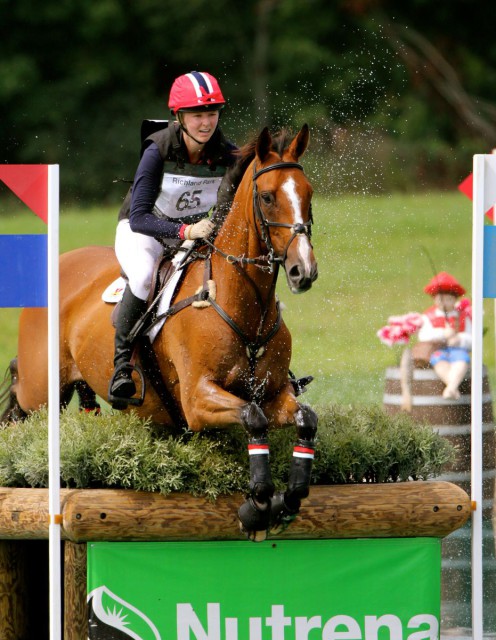 After Bromont, I came home and began summer school in July. With one successful run at the three-star level under our belt I was very eager to do another. In the fall I was able to return to the cross-country field and compete at Richland Park.

Together my mom and I made the 20-hour trek up to Michigan to their top-notch venue. I had my most successful result at the CIC3* level, finishing 10th.  Not only was the competition great, I was also able to spend time with my good friend Mackenna Shea, and meet some wonderful new people through her. It was a great way to start off the fall season.

Since returning to school I have had a pretty crazy fall semester and season. When school allows, I have been fortunate enough to ride with Mike Huber and Heather Morris, who run a great program. Because of my good run at Bromont we decided to aim for Fair Hill and I can’t explain the anticipation I felt while planning the trip in September.

While Fair Hill didn’t turn out to be my most successful event, it was an important learning experience. We headed into cross-country on a 58.8, our lowest dressage score at the three-star level.

Fair Hill’s course was extremely technical and we hit a rough patch coming up to 15B, the ditch brush, causing one stop and then a fall. While I was at first quite disappointed with my riding, this fall helped me to realize how lucky I am to be safe and to have a sound horse.

It also made me feel very lucky to be competing at this level. Now that the season is over, it’s clear to me that Fair Hill was an experience that helped me grow and improve as a rider.

Looking back on my season there were ups and downs, as there always are, but I am a much more experienced rider because of it. I feel like a much sharper competitor and a driven student of the sport. I knew it would be difficult to have two horses and be in college, but I think the break from school helped me re-evaluate my goals. I feel more motivated to succeed in school and eventing.

I am thrilled to have two sound talented horses and I am looking forward to 2015! I am thankful for my family, friends and coaches who have all been my village in making the last year possible and successful.