Maren Engelhardt, who lives in Germany, spoke to a number of people who knew Ben to bring us a tribute that shows just how great of a loss the sport experienced. The global eventing community continues to mourn his death, especially in Germany. Thank you to Maren for writing the tribute and to Jutta Bauernschmitt for providing the photos. Rest in peace, Ben. 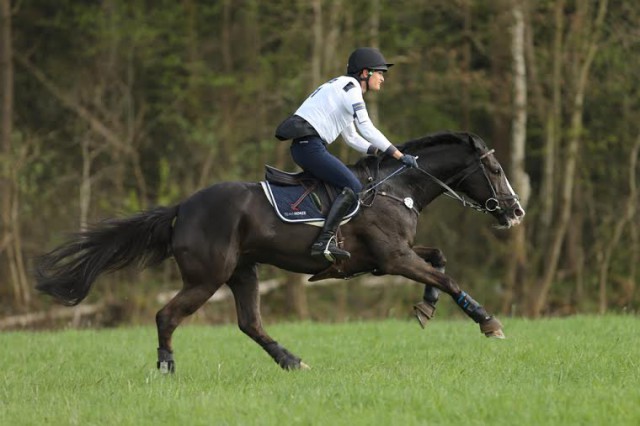 Sometimes life’s experiences leave us with an utter sense of helplessness, confusion and a deep sadness that just doesn’t want to pass. Saturday, June 14, 2014 was such a day that should have been a celebration of our sport, but ended in the most unspeakable tragedy — two young men lost their lives while riding their horses at events in the UK and Germany.

The “why” is an important question; the events that led to these fatal accidents need careful examination, and tough questions about our sport need to be asked. Indeed. But not now. Instead, I want to tell you a bit about Benjamin (Ben) Winter, this 25-year-old rider from Dortmund, Germany, whom I only knew from a distance, but whose life touched mine and many others in the eventing community quite profoundly.

Ben was born into a classic German horse family — everybody rides, his siblings Marius and Laura are both competitive riders, and mom Sybille is a well-known dressage trainer and one I actually remember well; we competed for the same German Riding Club for years, and I watched her teach many times. She was a driving force behind Ben’s excellent dressage skills. That much can be said — it was a great joy to watch him work with his horses.

Ben had an uncanny feeling for his equine partners and made everything appear light, fun, easy. That is a memory that especially some of the professional photographers had about him when I asked about their most important impression of Ben. As one pointed out: “He had great fun doing what he did, you could tell. It also translated to his horses; they looked fully at ease with him.” 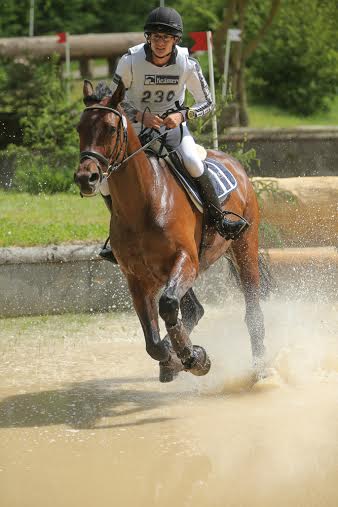 Ben’s own riding career began when he was 4 — not unusual for German kids. Ben’s first big splash came in 2005 when he won the State Championships in Westfalia, one of the most important “horse states” in Germany (read: lots of competition). Ben took home individual gold in the junior division and automatically qualified for the German National Championships. There, he won individual gold with Wild Thing Z, the horse that took him to all his biggest successes in the saddle, and, incidentally, also the horse that was the first to ever take him around a four-star course in Luhmühlen, the same day that was to be his last on earth.

Wild Thing Z is a 1998 Westfalian gelding with a most unusual pedigree — his dam was a Standardbred by the American stallion Sugarbowl Hanover. Ben once commented that it really took some finesse to get “Wildling” to canter properly … no kidding. But as usual, he took this unusual challenge in a stride and really grew with the task. And Ben never tired of praising Wildling’s great personality and his willingness to perform for the great success this pair had, as if it had nothing to do with him as a rider.

By 2009, Ben had earned a bronze and two silver team medals with Wildling at the European Championships of Young Riders and also again took home the individual gold medal at the Nationals. He was awarded the German gold riding medal, one you can only earn, not actively pursue. In 2013, he went to the European Championships as an individual rider, this time with Ispo, and finished 18th. This was also the year of his first appearance at the CHIO Aachen, where he placed 8th in the CICO3* with Revenue, and 2014 began brilliantly with another individual gold at the Westfalian State Championships, this time on board Catch my Thing. 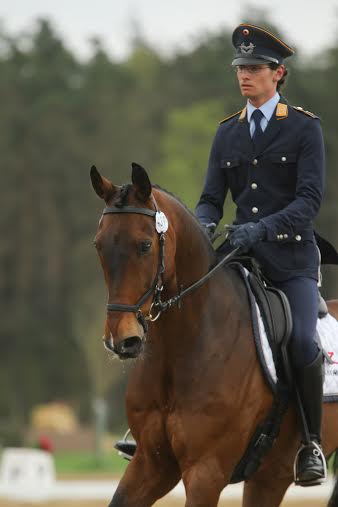 Ben rode many different horses with his signature style — easy, light in contact, always accommodating the horse’s personal strength. There is no question that he was the most exciting young German talent in eventing of our time. And while we, the eventing community, may mourn this loss to the sport, I think it’s clear that the true void was created by losing Ben as a fellow human being.

With Ben, the horses were not just stepping stones on the way to his ultimate goal — defined by himself as “participating at the 2016 Rio Olympics for the German team to add another chapter of greatness.” Lofty? Yes. Impossible? Not for Ben. His biggest character trait was the fact that he dreamed big but remained firmly planted on the ground, and showed a ton of dignity and thankfulness for the position he found himself in.

Ben was as much a great individual as he was a “team” effort — his mom, his trainers Rüdiger Schwarz, Fritz Lutter, and since his official nomination to Germany’s A-squad, of course the team trainers, Chris Bartle and Hans Melzer, all stood behind him. Ben was the guy that had this huge smile on his face in almost every photo you will find of him when not on a horse, deep in concentration.

And that really is Ben in a nutshell — his jokes and sense of humor are somewhat legendary. He was the type of person you instantly liked when you met him. Which makes it all the more difficult to accept that somebody so full of life, enthusiasm and love for our sport and the horses could possibly be ripped out of it not only quickly, but violently. 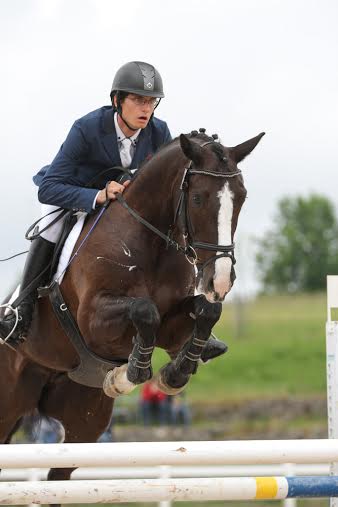 Words of course cannot ever really do any justice to the death of a person. To really get a feeling for what Ben meant to the eventing community in Germany, watch the video of his commemoration ceremony at Luhmühlen. World class riders choking on tears, officials with an utter sense of hopelessness on their faces, spectators holding each other crying. So much was lost that June 14, in Germany and England, and it is almost too much to bear.

Thinking how the pain, sense of loss and complete despair not only grips the Winter family and friends, but to know that it is mirrored in the UK and Canada with Jordan McDonald’s family just seems to pointless. I feel that some of the future of eventing will forever be tainted by June 14, 2014.

At the same time, it encourages me enormously to see the outpouring of support and friendship that we experience within the eventing community right now. I want to think it’s due to the great personalities that Ben and Jordan so obviously were. They touched many people in ways that had more to do with them than necessarily only their horsemanship — great human beings all around. And I want to believe that especially the eventing community has been blessed with many such people.

His page has received over 400 comments by now, and it has become a place of last goodbyes, deeply touching to read, a tribute to a young man gone way too soon. Whom the Gods love — Godspeed Ben, you will never be forgotten.