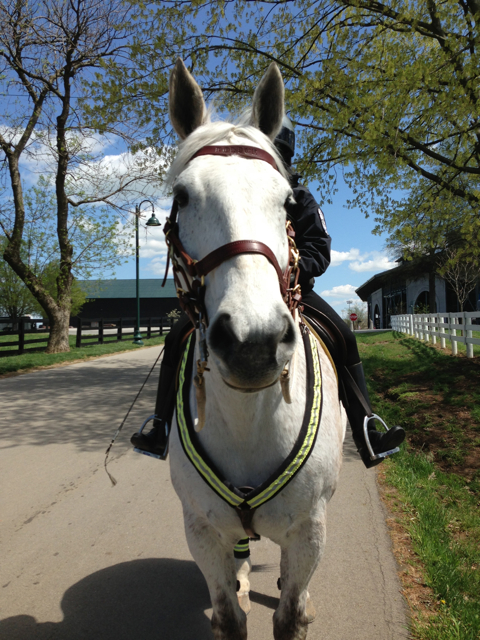 I first admired Jake, above, and his brother Jester at the Alltech FEI 2010 World Equestrian Games where they were on duty at the Kentucky Horse Park, unflustered by the hordes of crowds and unsurprisingly attracting lots of attention! I then bumped into them at my local park and harassed them to stop and talk to me, and as luck would have it Harry and I saw a familiar grey bottom ahead of us as we were leaving the Horse Park this afternoon. Lisa Rakes timed her retirement from the Lexington Police perfectly to coincide with Jake and Jester’s, but she told me that at age 13, doing nothing didn’t suit Jake or Jester at all, and in fact Jake’s health started to decline, so they arrived at the Horse Park where they act as ambassadors and hopefully a very beautiful deterrent to any petty criminals during horse shows.

Jester was out in the field relaxing when we spoke, but I’m hoping (forgot to ask, duh!) that they will both once again be flag bearers for the opening ceremony at the Rolex Kentucky Three Day Event — goosebumps. Also, Jake’s left front foot is completely healed, no more ‘wedding band’, but I didn’t dare ask about that either! Looking forward to seeing both Jester and Jake out and about at the Horse Park next week; Lisa told me he’s usually pretty happy to stop and chat because he knows he gets a break, but sometimes by the end of a long event like WEG, Rolex or parades downtown, he does get tired of people constantly trying to touch and pet him. It was such a treat to see Jake again and especially looking so well and obviously enjoying his semi-retirement. Go Jake and Jester, and go the Kentucky Horse Park Mounted Police! 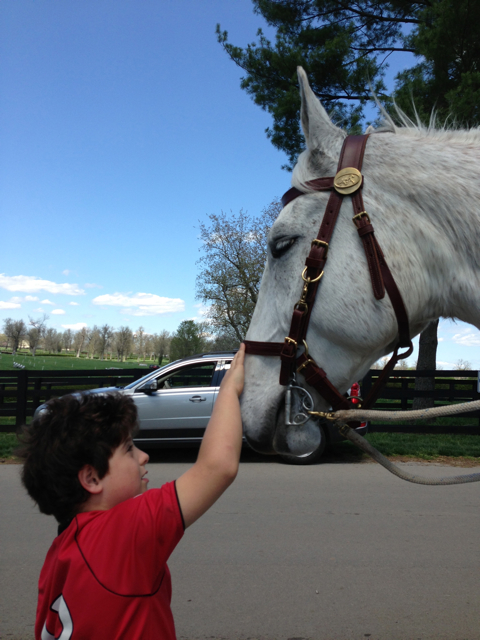