The phrase “Heels down!” is one we constantly hear our trainer say or one we think as we approach that massive table. While this may be a staple mantra for us, Ainsley Jacobs has turned it into a business. 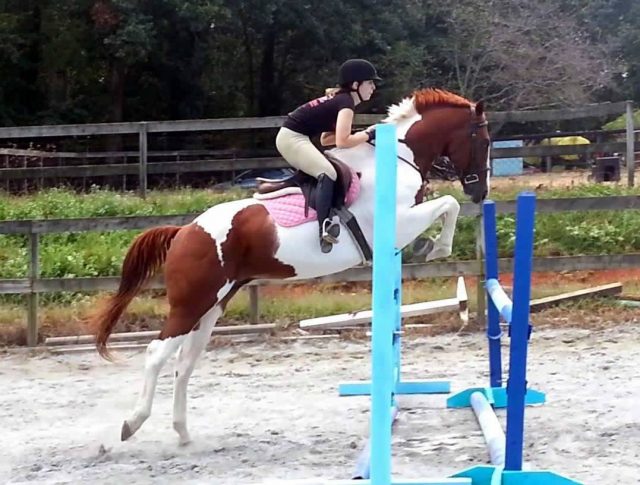 Those heels, tho! The jump that started it all. Photo courtesy of Halliea Milner, Go With It Farm.

The birth of Ride Heels Down came in September 2014 when Ainsley was jumping her first Novice height course in a lesson. “As JJ and I cantered towards a ‘big’ oxer, I told myself ‘heels down, hold on, and let JJ do his job.’ I thought the phrase ‘heels down and hold on’ would make

a cool t-shirt, and then immediately realized I still had to survive the course before I could start being creative … ha!” After successfully finishing their first Novice course, Ainsley went home to start designing and the rest was history.

Ride Heels Down was officially launched on September 1, 2015 and even had its first sale, from New Zealand, on that day. Ainsley started selling her products at local shows with what she had– mismatched table cloths, an old Maxxis Tires pop-up tent, and some plastic folding tables. Ainsley’s day job in her automotive aftermarket and performance industry company, P. TEN Marketing, has helped her immensely with the growth of Ride Heels Down.

“I was able to design a logo, build a website, and develop an online strategy to get things going right from day one. I just considered it to be another one of my clients, added Ride Heels Down to my daily task list, and, before long, my idea for a little t-shirt shop had become a reality.” 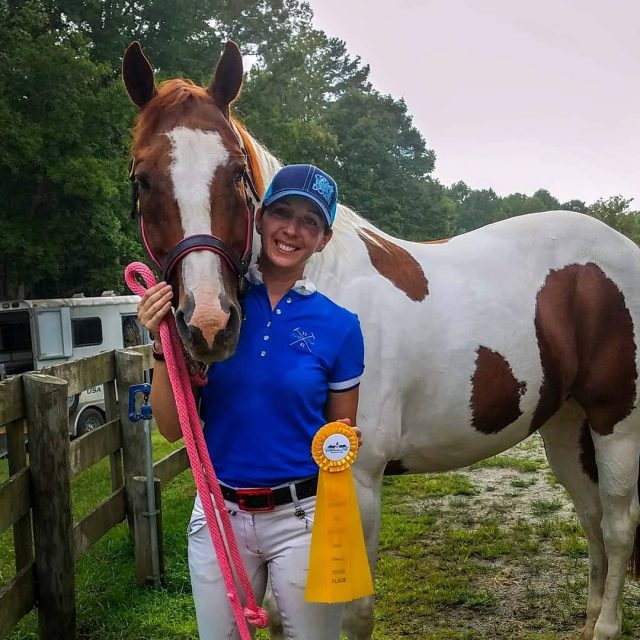 If you know Ainsley’s horse, JJ, you love him. He is well known for his series, “Will JJ Eat It?” Ainsley says, “JJ has been a big inspiration for shirt designs … I love that he’s so loved, he’s definitely got a fan club! We have had some ups and downs, but he has taught me more about riding than I had learned in a lifetime, and eventing as well has elevated me as an overall equestrian.” 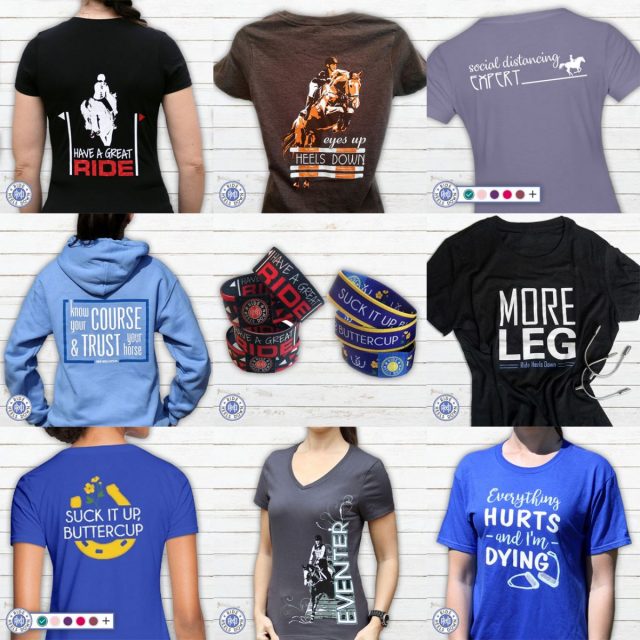 The Ride Heels Down designs are relatable to all disciplines. Phrases like “Everything hurts and I’m dying” paired with some stirrups on the super soft t-shirt material make for a perfect staple in your closet. Ride Heels Down has t-shirts, hoodies, hats, stickers, jewelry, koozies, socks, you name it, they have it! You can shop their products here.

Ainsley is motivated daily by the people she surrounds herself with in the automotive industry. The “self-made entrepreneurs and first-class world champion drivers” are “relentless in their pursuit of success,” which gives her motivation to continually search for success as well. She is
also driven by how far she’s come since a tough childhood.

Ainsley hopes that Ride Heels Down will “go from a small business to a medium or even large one that can sustain itself as an independent entity instead of just a fun side-hobby.” Even though the small business sustains only itself, it’s what keeps Ainsley going. Her ultimate goal is to have Ride Heels Down apparel in big-name retailers like Dover or Smartpak. 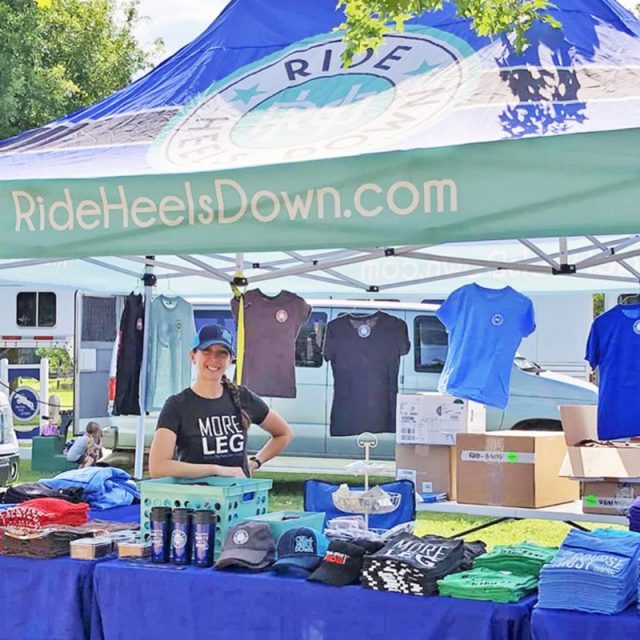 Ainsley is not just your typical rider/ businesswoman. She is one of the most genuine and enthusiastic people you will ever meet. I’ve had the pleasure of getting to know her throughout the past few years, and she is truly one of a kind. When you walk up to her tent she is actually interested in how you are doing instead of just trying to sell her product. Ainsley’s enthusiasm for running Ride Heels Down and her genuine encouragement embodies the strong community in the equestrian industry.