Announced last month, the Jacqueline B. Mars National Competition & Training Grant and the Karen E. Stives Endowment Fund Grants assisted several horse and rider combinations’ travel to compete at CHIO Aachen in Germany (Sept. 15-19), and will assist others to travel to and compete at the upcoming FEI Eventing Nations Cup™ The Netherlands CCIO4*-L at Military Boekelo in Enschede, The Netherlands (Oct. 7-10).

The Jacqueline B. Mars International Competition & Training Grant is awarded annually to up to two eventing athletes who have not represented the United States as part of an Olympics, Pan American, or World Equestrian Games team and have been identified as having the potential to represent the U.S. in future international competitions.

The following horse and rider combinations have been named recipients of the Jacqueline B. Mars International Competition & Training Grants for 2021: 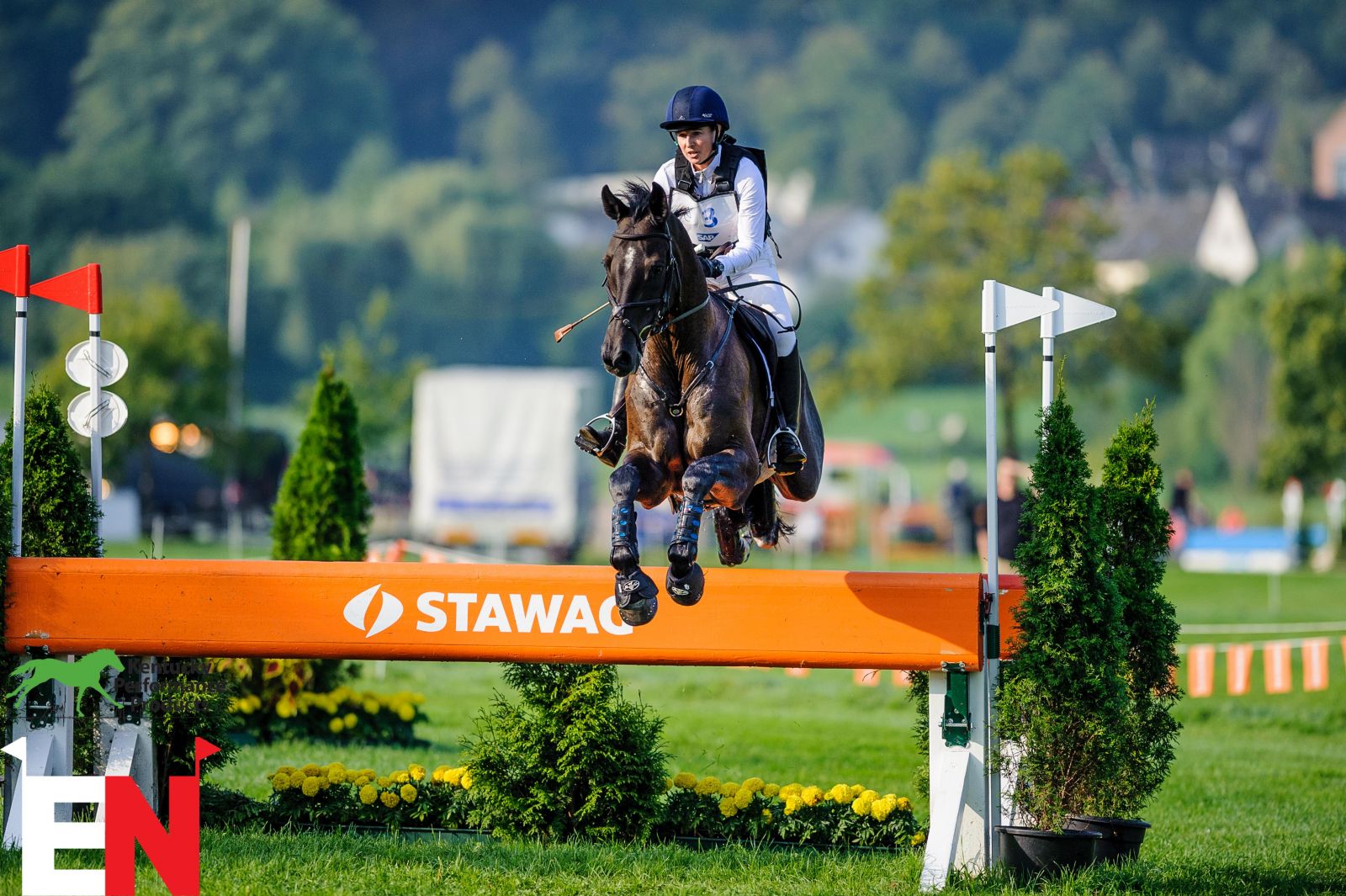 As the two recipients of the Jacqueline B. Mars National Competition & Training Grant, Elliott and Grald were supported in their travel to and competition at the CHIO Aachen as part of the Land Rover U.S. Eventing Team — alongside past grant recipients Tamie Smith and Will Coleman — that achieved historic success in Aachen taking home second place in the FEI Eventing Nations Cup, the highest result by a U.S. team at the prestigious event.

Elliott was also named a grant recipient of the Karen E. Stives Endowment Fund Grant, which will support her travel to and competition at the FEI Eventing Nations Cup™ The Netherlands CCIO4*-L at Military Boekelo this month.

“It’s such an honor to ride for the U.S., and we’re very grateful to receive these grants,” stated Elliott. “I know I would not be where I am without the help and the funding from the USET Foundation. It’s huge for us.”

Grald also commented that grants are integral in preparing U.S. riders for the greatest stages in the world. “The purpose of the grant is to provide international experiences to build [horse and rider teams] toward [international] senior team championships. It’s so important for us as American riders to go overseas and get that experience abroad,” shared Grald. “It means so much to have that support [from the USET Foundation] behind you. It means a lot to me as a rider and to my owner, Annie Eldridge.”

It was Grald’s first trip to Aachen, and she noted that the team aspect made the record-breaking results that much more meaningful. “My goal is to ride on a world championship or Olympic team one day, so [competing at Aachen] was a building block for those future experiences,” she said. “To be on a team and to be able to share that experience with those other riders and to learn from them was really special. 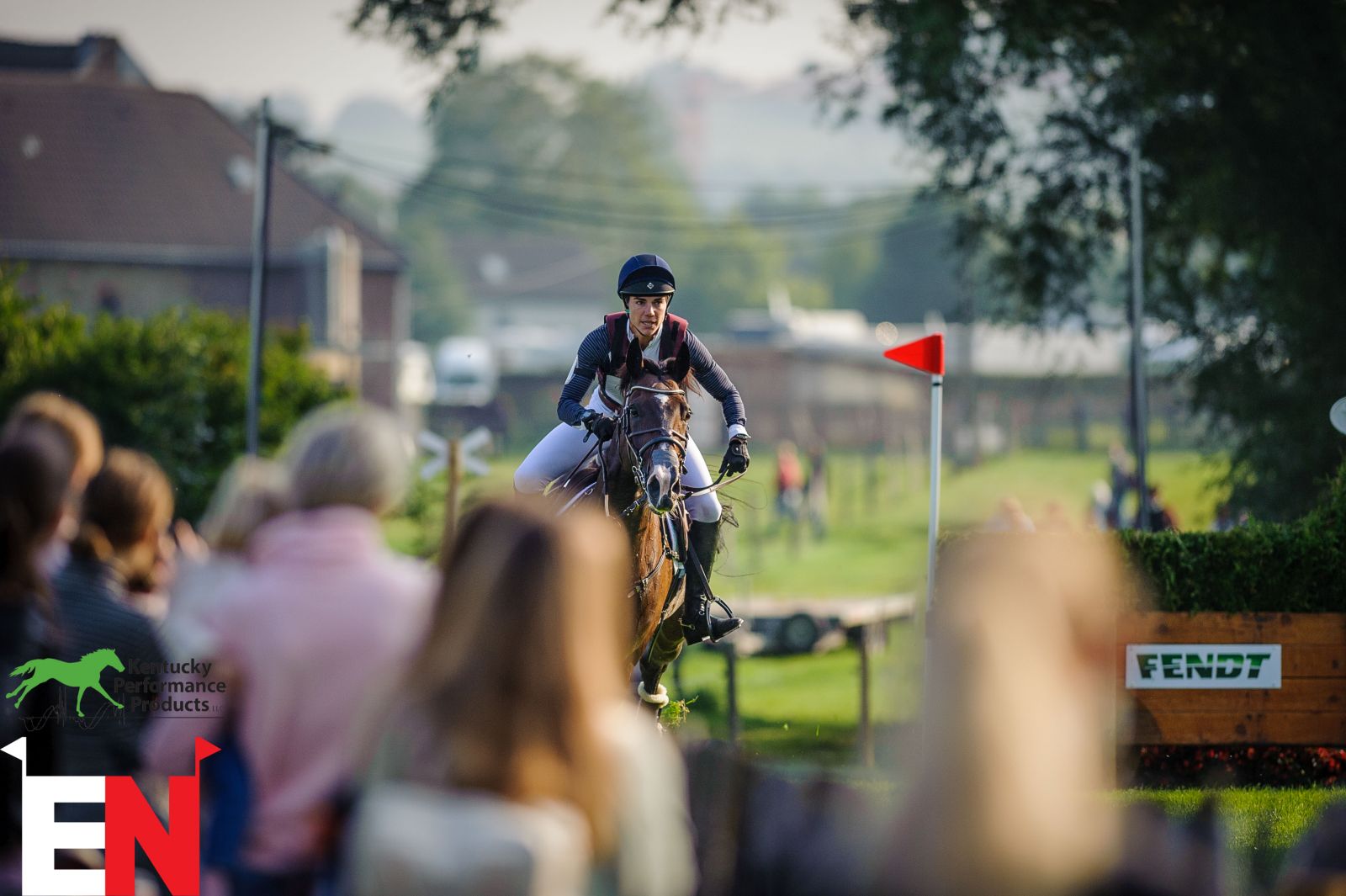 “I have to thank Mrs. Mars and the USET Foundation,” she continued. “I really appreciate [being part of the experience in Aachen] and having so much support.”

Elliott echoed the benefit of having the team experience abroad. “Our team was so amazing, and I was really thrilled to be part of the team in Aachen,” she stated. “As riders, as well as the owners, we’re so incredibly thankful for the USET Foundation and these grants. We would not be where we are without everyone’s help and generosity.”

The following horse and rider combinations have been named recipients of the 2021 USET Foundation Karen E. Stives Endowment Fund Grants:

Smith on Mai Baum and Elliott with QC Diamantaire competed at CHIO Aachen. The remaining combinations will compete at the FEI Eventing Nations Cup™ The Netherlands CCIO4*-L.

Smith, who was the traveling reserve for the U.S. eventing team at the 2020 Olympic Games in Tokyo, Japan, competed as part of the second-place team at CHIO Aachen with her Olympic mount Mai Baum and will also compete at Military Boekelo with Danito thanks to the Karen E. Stives Endowment Fund Grant.

For Smith, these grants represent an opportunity for the U.S. eventing team to garner more top finishes at major competitions. 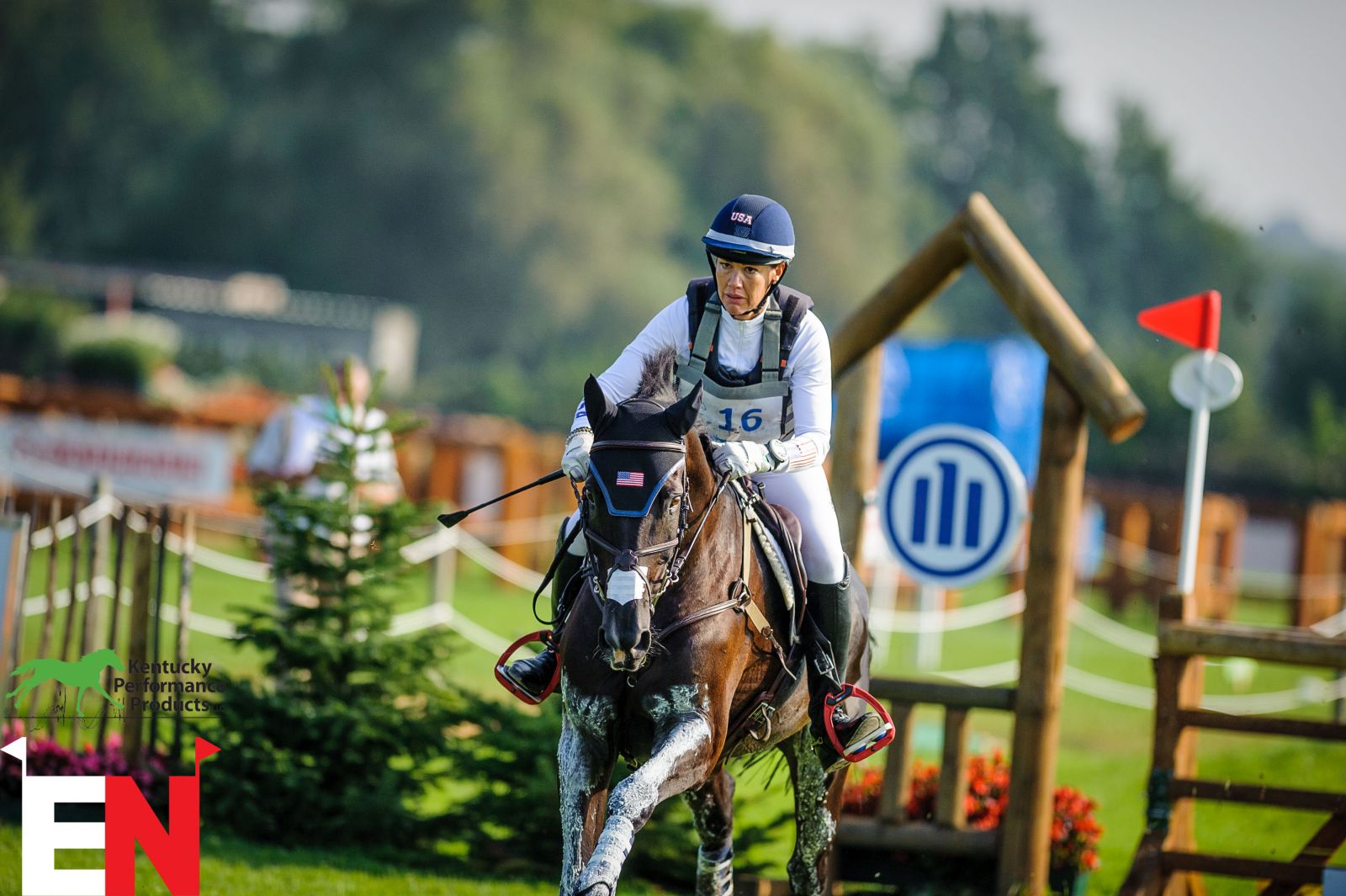 “In order for our country to get back to podium finishes, I think it’s super important to get as much team experience as possible,” stated Smith. “You can’t really substitute experience [for anything else], so it’s such a huge leg up for [the U.S. to consistently offer riders these opportunities]. So that’s been unbelievable.”

Of the Karen E. Stives Endowment Fund Grant, Smith recalls being starstruck by Stives as a child and was inspired by Stives’ ability to support future generations of eventing riders through this grant. “Karen Stives was a legend,” said Smith. “It’s so cool that she has been able to do this for our sport and be able to give back because I think it’s going to make a huge difference [for the high performance U.S. eventing program]. A huge thank you to the USET Foundation and Karen Stives and the selectors who award the grants. It’s not possible [to have these important experiences] without all of this, and it’s a huge benefit to helping us to get where we need to go which is winning medals again.” 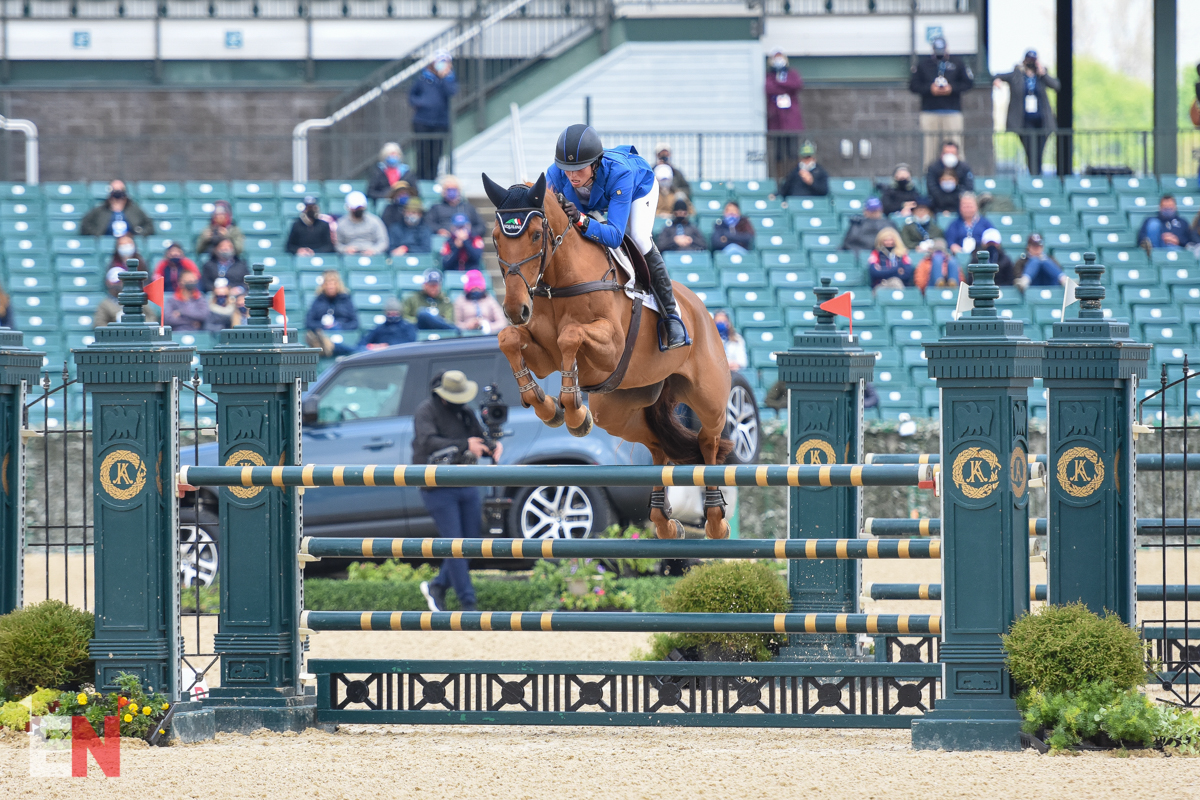 Brannigan also noted how Stives’ impact on the sport has contributed to the honor of receiving this grant. “I grew up hearing all about Karen Stives, so I’m really grateful to her and the USET Foundation,” she said. “I’m excited to go back to Boekelo and hopefully do a great job for our country and Team USA.”

For Flynn, being a recipient of the grant was extra special for him because his childhood coach was a personal friend of Karen Stives. “It’s an extreme gift that Karen left to the sport,” he said, “and I’m very honored and grateful to receive the grant from the USET Foundation.

“[Being able to travel to Europe and compete at Boekelo] wouldn’t be possible without this endowment fund in Karen’s memory,” Flynn continued.

“That’s the most special part. Karen felt the importance to give hopeful [team championship] riders opportunities like this to gain European experience, so it’s my goal to make the most of it and do our country proud.” 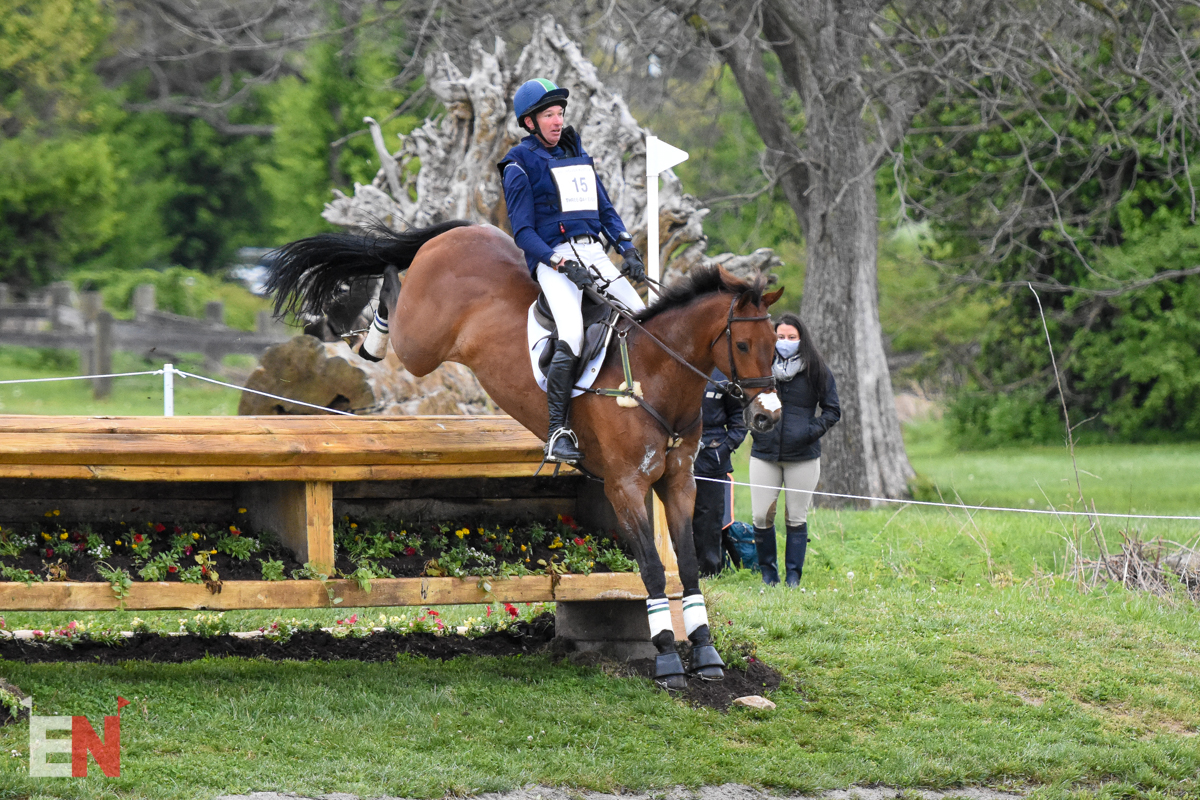 Thanks to the Jacqueline B. Mars Grant and the Karen E. Stives Endowment Fund, these combinations can continue their training with the goal of representing the United States on the greatest international stages.