For over 1,000 accepted trainers in this year’s unique blend of 2020 and 2021 competitors, the journey to the Retired Racehorse Project’s 2020/2021 Thoroughbred Makeover and National Symposium, presented by Thoroughbred Charities of America, is underway! The event, which combines entries from 2020 with 2021 due to the cancellation of the Makeover last year, will take place at Oct. 12-17 at the Kentucky Horse Park. Between now and then, several eventing trainers will be blogging their journeys, including their triumphs and their heartbreaks, successes and failures, for Eventing Nation readers. To read other blogs from this year’s Road to the Makeover, click here.

In her next blog, Lindsay Gilbert, a young professional and owner of Transitions Sport Horses based in Georgetown, Ky., talks about the importance of flexibility. Lindsay is an advocate for the OTTB and has been participating in the Thoroughbred Makeover since 2016. She has successfully competed on the hunter/jumper, dressage and eventing circuits and brought along dozens of OTTBs for success in multiple rings. You can read more from Lindsay here. 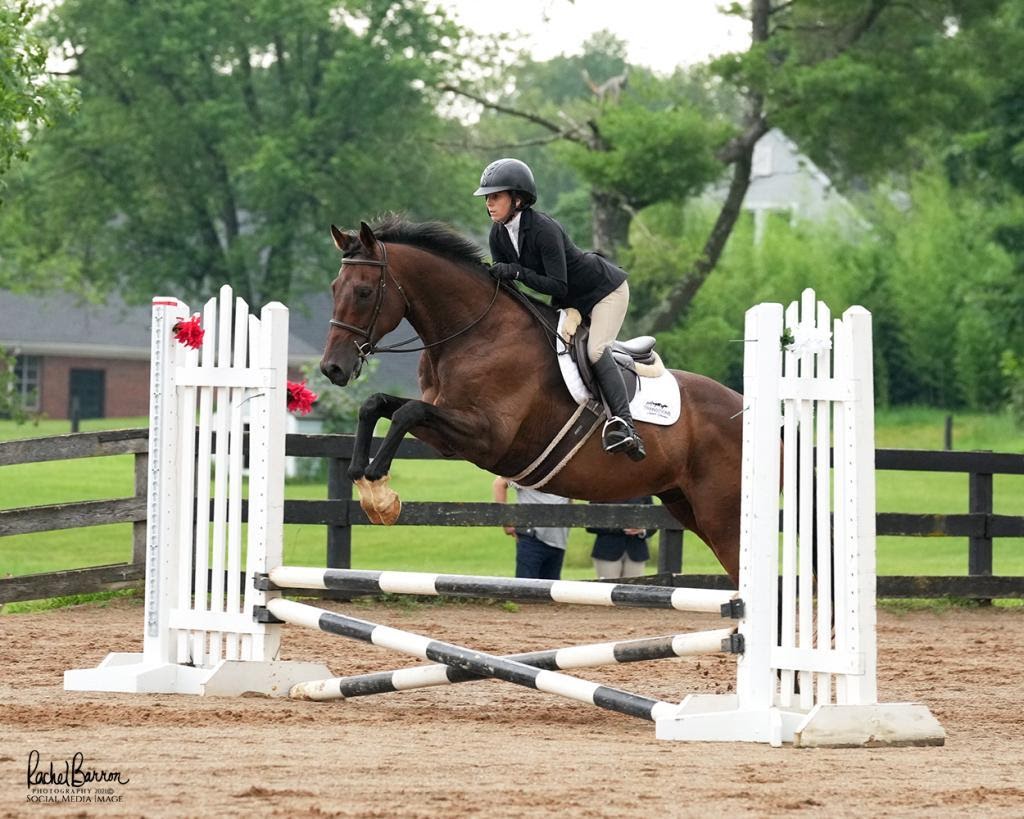 Last weekend, I took ItsTheBourbonTalkn to his first horse show. A little 2′ combined test to let him dip his toe into the world of eventing. To say it went according to plan would be a laughable statement, but it was a learning experience for him and I alike. The busy warm up was a bit stressful for Bourbon and leaving his newfound friends to do a dressage test alone was beyond comprehension for him. It did not go well.

But, a couple of hours later he walked into his stadium round like a seasoned competitor and walked out with the in gate volunteer’s jaw on the ground, telling me what a talented animal I had on my hands. I laughed because if you asked the dressage judge, she would have said the exact opposite.

No, the weekend didn’t go according to my well-laid plan, but he learned a lot in a short amount of time. And Bourbon taught me something too – that he wants to be a hunter.

Over the years I’ve been lucky enough to have been able to compete at the Makeover in disciplines that I was comfortable in. In 2016, Rebel Annie competed in Field Hunters; in 2017, Hot Java tried her hand in the Show Jumpers; and in 2019, Deadly Ruler took on the Eventing discipline. But this is completely foreign to me.

But then I realized, I’m no stranger to the pivot. Leaving one foot firmly planted and the other free to rotate whichever direction is needed. As much as I enjoy having a plan, crossing things off my list and believing life is this linear path heading clearly in the direction I want to go, that has never been the case.

On the white board in my barn is a weekly schedule for every horse in my program. Last night’s task for Bourbon was to work on turning on the forehand. He’s begun resisting my lateral leg aids and my hope was to break it down for him by halting on the rail and asking him to move away from my outside leg, yielding his hindquarters and turning on his forehand until he was facing the other direction. But when I introduced the exercise, he panicked. Confused and misunderstanding the question, I quickly realized turn on the forehand would have to happen another day. So, I pivoted (no pun intended).

Rather than forcing the matter, I asked the question in a different way. We worked on leg yielding to the rail and then back to the quarter line. First at a walk, then at a trot. Moving forward while understanding lateral leg pressure was much easier for him to understand. He breathed a sigh of relief and finally figured out what I was asking him to do, which was accept my lateral leg aids.

When I walked back into the barn, I happily checked off his task for the day “TOF”, even though we didn’t turn on the forehand at all.

So, even though the Hunter ring was never part of my plan, I will happily pivot. With one foot firmly planted, the goal of producing a well-trained, pleasant animal remains the same. But now we’ve swung the opposite direction, with our sights set on a different discipline. It just happens to be one that’s a bit out of my comfort zone.

Yet, we’ll continue on – trading dressage tests for hack classes and down banks for lead changes – but ultimately checking the same task off our list.