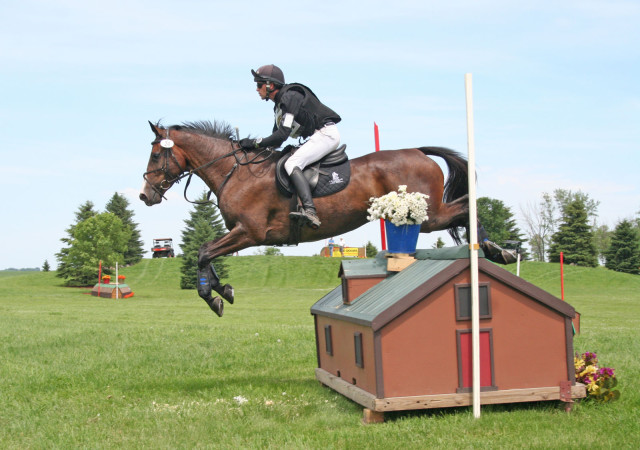 The 2020 Tokyo Olympics are more than four years away, but that will give Michael Nolan, 22, of Ireland time to perfect his craft in the hopes of representing his country. He finished second in the CIC* on 53.8 at Roebke’s Run Horse Trials in Hector, Minnesota, this past weekend with SBT Good Guy, the horse he hopes will take him far.

Michael has been in and out of Ireland for the past three winters while also training part-time in the United States. He made the move to the U.S. full-time last May to improve his skills under the mentorship of Robin Walker of Grass Lake, Michigan.

“Ireland has a very good team this year for the Olympics. Most of the Irish riders are based in England. There are not so many owners, but there are a lot of horses,” Michael said. “We do very little dressage in Ireland. The biggest thing for me is to work on the dressage over here.”

While he’s only been eventing since 2013, Michael has plenty of experience in the show ring, as he used to compete in pure show jumping.

Michael hopes SBT Good Guy, a 7-year-old Irish Sport horse owned by Andrew Walker, has the talent to take him where he wants to go. “I can only go as fast as he can,” Michael said. “I owe a lot to Robin; without him I couldn’t have done any of it. The support from him and the owners is fantastic.”

Michael was a first time competitor at Roebke’s Run, and even though he’s only been competing for a few years, he acknowledged the course was one of the better ones he’s seen.

“I really like the course,” Michael said. “They’ve done a fantastic job with the fences. I’ve never been anywhere where it has been decorated and laid out so well. They’ve tried exceptionally hard to keep the grounds perfect, and the footing (on the cross country course) was very nice; they did a good job of aerating. I think this will become a regular event for us now.” 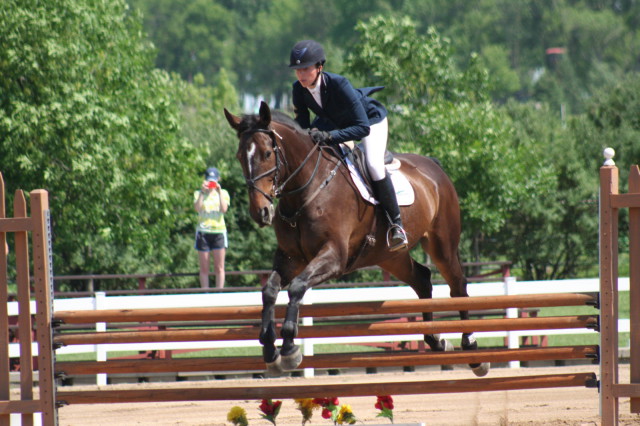 Elena Hengel of Delano, Minnesota, always enjoys coming to Roebke’s Run Horse Trials, not only because it’s close to her in travel distance, but also for what the course has to offer. Since attending her first event here four years ago, she has made it a point to return each year.

This year turned out to be more special for her and her horse Say I Do, as she received her qualifying score to compete in the CH-Y2** at the North American Junior and Young Rider Championships in Colorado in July. It will be her second trip to Young Riders, as she went with Zipp in 2014 at the two-star level.

Elena brought three horses to Roebke’s Run this year: Say I Do in the CIC2*, Zipp in the Intermediate division, and Chieften Clover, in the Training Horse division.

“This is only my fourth year eventing, but I’ve been riding for about 10 years,” Elena said. “Overall, I’m really happy with my results this weekend. I wasn’t planning on running my younger horses too fast, so it was really more for confidence building. They all show jumped clean today, which was exciting.”

Her goal is to move up to Advanced this summer and compete in the Dutta Corp Fair Hill International at the end of the year, a place she’s always wanted to go.

“I thought everything here at Roebke’s Run flowed very well. I loved the two-star and Intermediate course. It was a really nice run for me and my horses prior to Young Riders because it was challenging enough. I also felt it built confidence as I went on,” Elena said.

“The questions kept coming, but when you got them out in front of your leg, everything started to get into a normal rhythm. The Training course was really fun and great for my younger horse, Chieften Clover.”

“Everyone has been saying how wonderful it is for Schweiss to being doing this. I wouldn’t be qualified for Young Riders if they didn’t have this course here. I’d also like to mention that the grounds were phenomenal. All my horses came off of it feeling great the next day,” Elena said.

“They’ve worked very hard to make it nice. The course is tough, but fair. It’s nice for the horses to have a challenge, and it’s a nice atmosphere for them. It helps prepare us in Area IV for Young Riders when we go out of this area to compete. This is definitely a top event. And the food is amazing!” 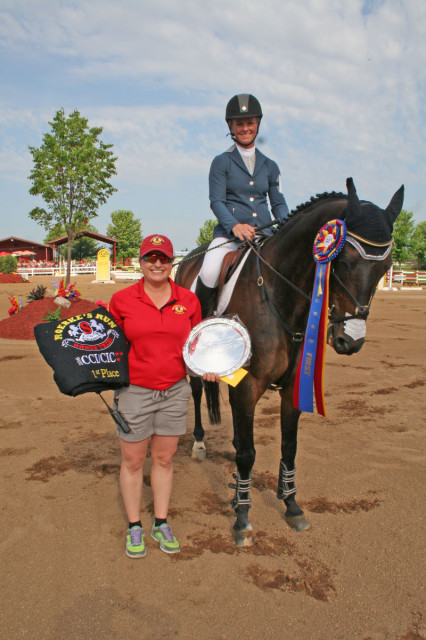 If first impressions are any indication of a job well done, then Jordyn Sahagian is like many other eventers who make it a point to compete at Roebke’s Run Horse Trials in Hector, Minnesota. This year she returned once again from her home in Barrington, Illinois.

Jordyn, now in her 17th year as an eventer, has been riding since age 9. Having competed at the Advanced level a few times, her goal now is to compete at the three-star level. She brought Nestor, her 17 year-old Hanoverian/Thoroughbred gelding, to Roebke’s Run in order to prepare him for the challenge ahead.

Nestor showed Jordyn that he was fit as a fiddle by starting out the first day capturing first place in dressage in the CIC2* with a winning score of 51.1. They also kept the lead through the next two phases, adding cross country time penalties and one show jumping to win on a final score of 77.1.

“My goal is to reach three-star at Richland Park in Michigan this August, and then Nestor will be retired. I’ve had him since he was 4; he had an injury that he came back from,” Jordyn said. “It went well for him, and he behaved in dressage. The walk is always tough for us, but the trot and canter work was great.”

After Nestor retires, Jordyn will be devoting most of her riding time to a younger horse, an Oldenburg gelding named Catch The Moon, or by his barn name of Checkers.

“The Schweisses always put on a beautiful show,” Jordyn said. “The cross country course looks great; the rings are always kept well, watered and dragged; they put a lot of effort into every little detail. Every time I come back, it’s always improved. They are also some of the kindest people I’ve met.”