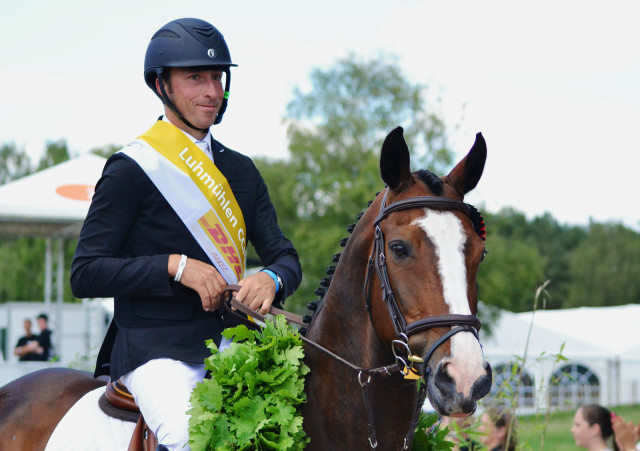 We now have three former four-star victors entered to contest Rolex, as last year’s Luhmühlen winners Tim Price and Wesko are on the entry list this morning, joining past Kentucky winners William Fox-Pitt with Parklane Hawk (2012) and Bay My Hero (2014).

Wesko, a 12-year-old Dutch gelding owned by Christina Knudsen and The Wesko Syndicate, won Luhmühlen on his dressage score of 43.8 last year. He bested that for a 42 on the flat while competing on New Zealand’s World Equestrian Games team in Normandy, but the horse was controversially flagged down and forced to retire by officials on cross country.

The horse is extremely good in all three phases, and you can expect Tim and Wesko to chase the top of the leaderboard all weekend. Tim is the first Kiwi to pop up on the entry list, which brings our total number of represented countries up to five: Australia, Canada, Great Britain, New Zealand and U.S.

We know a small but (very) mighty contingent of Germans in Michael Jung and Andreas Dibowski are still expected to enter Rolex, so we have a long way to go yet before we have a complete picture of who will be making their way down centerline in Lexington come the last week in April.

West Coast fans will be excited to see last year’s Galway Downs CCI3* winners Barb Crabo and Eveready, a 16-year-old Swedish gelding she owns, on the entry list today. This will be their third crack at completing Kentucky, having been eliminated on cross country in 2009 and sadly not making it past the final horse inspection in 2012.

The entry at Rolex is especially meaningful for Barb considering she had decided to retire “Ready” from CCIs in an effort to keep him in the game longer. After the win at Galway last fall, Barb said she was very tentatively looking ahead to trying to complete Rolex one final time, and we’re thrilled she’s going for it.

We’re sending healing thoughts to Jon Holling, who is entered to contest Rolex for a second time with Zatopek B, an 11-year-old Dutch gelding owned by Team Rebecca. Jon unfortunately broke his leg in a cross country schooling accident over the weekend, so his entry status is now up in the air.

The new additions to the entry list bring us up to 31 total entries so far, with entries slated to close on March 25. Last year, 81 horses in total appeared on the entry list at the closing date, so we can expect a lot more to pop up in the coming weeks. Stay tuned to EN as we stalk the entry list daily to bring you all the news and details on which horses and riders are heading to Kentucky.

Click here for all of EN’s Rolex coverage to date, and if you haven’t been keeping up with our second annual Rolex Rookies series, be sure to check out their profiles at these links: 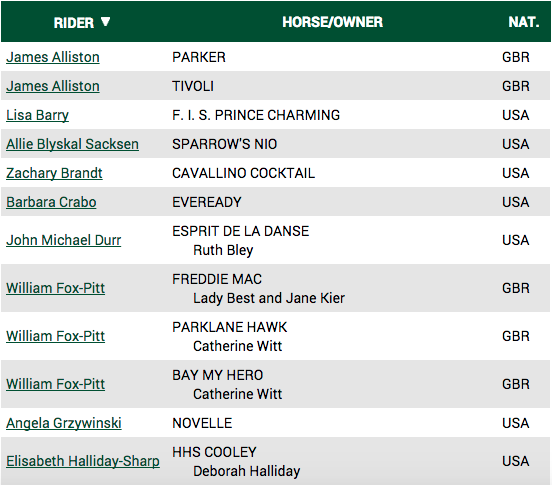 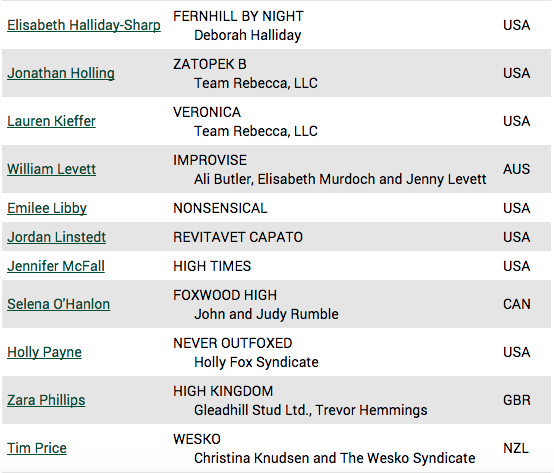 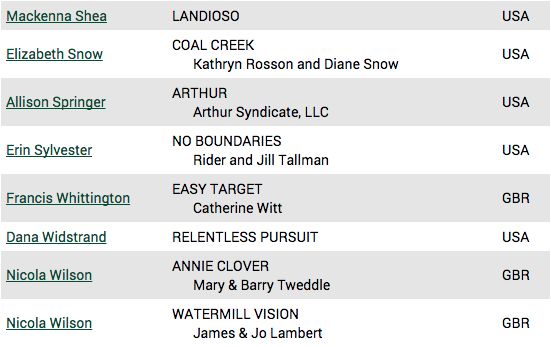