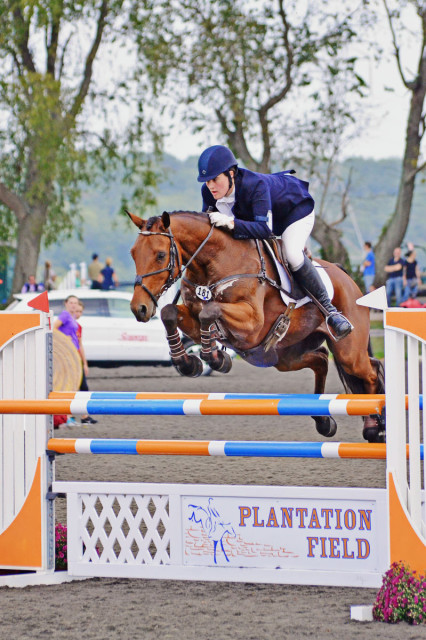 When we featured Maya Black and Doesn’t Play Fair on EN’s Got Talent back in 2013, they were gearing up for the horse’s first CCI2* at Galway Downs that fall. Now, nearly a year and a half later, she and “Cody,” a 10-year-old Holsteiner gelding owned by Jon and Dawn Dofelmier, are preparing to compete in their first CCI4* at the Rolex Kentucky Three-Day Event.

“I was just taking it one step at a time and really didn’t have any idea that the Advanced level was even going to be a possibility at that time,” Maya said. “I feel lucky that we moved up to the Advanced level last year, and now we’re trying this. I always hoped that I would get to go to Kentucky at some point, so this is a start.”

Taking things one step at a time has always been the name of the game with Cody, who the Dofelmiers originally purchased as a prospect for Dawn to campaign at the Novice level. When they sent him to Maya for his initial training, it became clear there was much more to the diminutive 15.3-hand gelding than meets the eye. 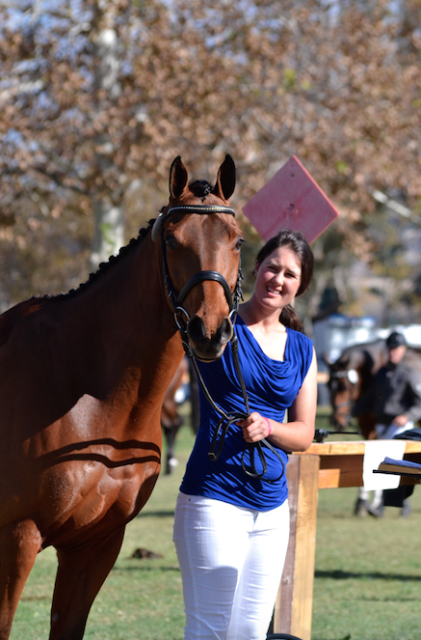 They quickly rose through levels, dominating at events along the West Coast, from their home in Washington state all the way down to southern California — though Cody didn’t always make things easy. Notoriously quirky and spooky with his own distinct personality, Maya has patiently handled his antics from day one, and now she has a solid partnership to show for it.

After Cody finished second in that first CCI2*, they landed a slot on the USEF High Performance Winter/Spring Training Lists, and Maya moved east to work for Jan Byyny in preparing to move up to the Advanced level in 2014.

They had one hell of a debut, finishing fifth in the Bromont CCI3*, winning the Plantation Field CIC3* and capping the year with a third-place finish at Galway Downs CCI3*. While things didn’t go their way at events like Richland Park and Fair Hill, Maya took those as learning experiences and rebounded at the competitions that followed.

“I definitely feel like I’m a bit of a perfectionist, and we had some learning blips on our record from last year, but it was my first year going Advanced, and it’s a different level. I feel like it’s the same thing with Kentucky,” Maya said.

“I feel like I’m prepared as much as I could be after going Advanced for one year, and yet four-star is a different level. I’ll have to ride smart and read my pony throughout the course and see how it goes. I know I could stay at the Advanced and three-star level for another year. At the same time, I have a sound, healthy horse. Why not give it a shot?”

With Cody the fittest he’s ever been in preparation for his first four-star, Maya has been thinking through her strategy to get the most out of him in dressage, a phase where the horse excels yet can get rambunctious when he’s feeling especially fresh. He just did his final gallop down in Ocala, where Maya has been based for the winter.

“I definitely feel like it’s still a work in progress. He was really fresh at Carolina in the CIC3*, in part because I think he came up from Florida where it was hot, and then we got to Carolina where it was a lot cooler. I think it will be helpful getting to Kentucky a few days early so he can acclimatize, because it will be cooler there than it is in Florida right now,” Maya said. 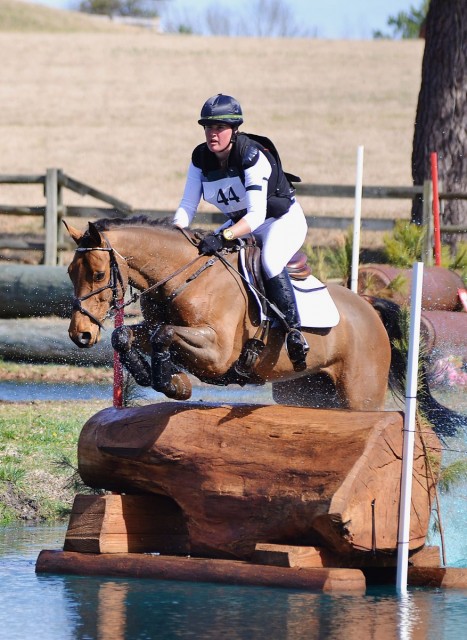 “I also need to read him better, and I’m still trying to figure out exactly what strategy to use. I might take him for a light canter or a little pre-ride before his test, which I think will be helpful for him to get his brain in the right place. He just sometimes can’t quite contain himself.”

A large support crew is coming to Kentucky from the Pacific Northwest to cheer on Maya, along with Lizzie Snow, Mackenna Shea, Anna Collier and Jordan Lindstedt, who all hail from Washington state. “There’s a number of people coming from Whidbey Island to watch; it’s exciting for them to have this many riders from the area competing,” Maya said. “We’re looking forward to seeing all our old friends.”

Cody is the third horse Maya has produced to the two-star level and the first one that has successfully progressed beyond that; now she’s just days away from marking that next milestone in her career. “I try not to get too worked up about these things, but I feel like it has been something that I’ve been looking forward to doing for a long time, and in that way, it’s exciting.”

You can support Maya and Cody’s trip to Rolex at this link.