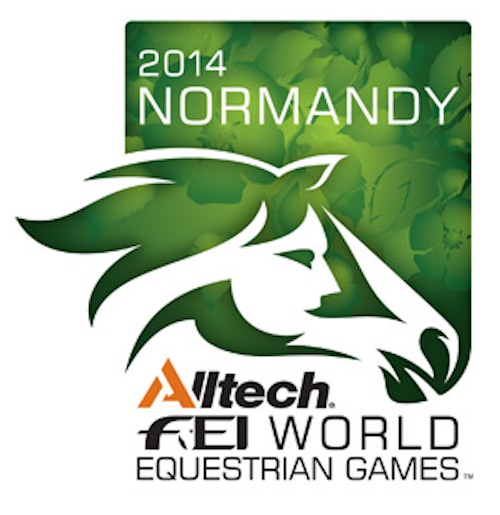 Is it really a surprise to anyone that Rolex has signed on as a partner for the 2014 World Equestrian Games? Horse and Hound reports that the company has been sponsoring equestrian events since 1957 (for those who can’t do math early in the morning that’s a whole 54 years) and isn’t showing signs of slowing down. In addition to WEG, Rolex sponsors the Rolex FEI World Cup for Show Jumping, the CHIO Aachen World Equestrian Festival, and the 118th Argentine Polo Open Championship (which just wrapped up December 10), not to mention riders like Zara Phillips, Rodrigo Pessoa, Isabell Werth, polo player Gonzalo Pieres Jr, and Meredith Michaels-Beerbaum.  Their financial commitment is a great gift for all the equestrians disciplines, but they don’t stop there. Click over to their website to see their touching tribute to Hickstead, followed by a video made specifically to honor Shutterfly’s impressive talent. I think it’s safe to say that companies like this don’t come along too often. So thank you Rolex, and all other sponsors of our sport, because without you we wouldn’t be able to play the game.

As many of you know the past two days have been sad ones for Eventing. Lisa Marie Fergusson’s talented mount and Olympic-hopeful Smart Move was euthanized Tuesday after being hit by a car. John wrote a tribute yesterday in honor of Smartie and now the USEA has posted a commemoration of his career on their homepage. Though nothing can be said to ease Lisa Marie’s pain right now, it is important for her to know that as a community we all stand behind her as she recovers from this tragedy and are sending thoughts her way. [USEA]

The next piece of tough news comes from Morven Park, where the barn near the outdoor rings caught on fire late Tuesday evening.  Thankfully no equines or humans were hurt in the blaze, though the barn was a total loss. There is no word on the official cause of the fire and there will be an investigation, after which the park’s board will decide whether or not to rebuild. [COTH] [Morven Park Equestrian Center Facebook]

If you find yourself in England on February 6th, consider stopping by the annual International Eventing Forum in Gloucestershire. Organized by Belgium Olympic coach Eric Smiley, this year’s theme is “Focus on Success” and will feature training insights from a panel of top riders from around the world, including our very own home-grown David O’Connor. Other big Olympic talents will be in attendance, like New Zealand show jumping coach Luis Alvarez Cervera (who has ridden at the Olympics in both eventing and show jumping) and German coach and legendary rider Chris Bartle.  This year marks the eighth anniversary of the event. [Eventing Worldwide] [Tickets]

Also in England, four jockeys have been found guilty by the British Horseracing Authority on charges of race fixing.  The jockeys, along with two owners and seven others, fixed ten races over an eight-month period in 2009.  Two jockeys in particular, Paul Doe and Greg Fairley, are expected to receive harsher punishments for not riding horses to win and are currently no longer riding. The two owners found guilty, Maurice Sines and James Crickmore, are reported to have been at the heart of the corruption ring and used their connections in order to corrupt jockeys and gain insider information for the purpose of cheating the betting system. The details of the case will now be passed onto the police. [Horsetalk]

Back to the US, specifically to Ocala, where I wish I could be right now. Already there? Check out Longwood Farm’s winter schooling show schedule. Beginning in January they have jumper derbies, dressage classes, and an unrecognized event. Signups are done through Evententries.com. [Longwood]

Still Christmas shopping? Do you like sales? Does anyone ever say no? Check out Tack of the Day, which has a new product on sale every day at noon. [Tack of the Day]

Eventing photographer Beth Collier is fundraising by selling a 2012 calendar decorated with her own photos. This is a great gift for any eventer for two reasons: We all know every barn has a horsey calendar somewhere on the premises AND Beth is a fellow member of the eventing community. The calendars are priced at $25 each, or $20 for two or more. [Beth]

Weird news of the day: Three trail riders in Steamboat, Colorado got lost on Sunday. In the woods, you ask?  Not exactly.  All three decided to ride into their local Safeway grocery store. And then into a few bars. Police arrived after one of the riders got into a fight with a hotel employee and caught up to the riders as they clip-clopped down the street. One man became “confrontational” when asked to dismount, a situation that ended with him being Tasered in the rear. Go trail riding. [Horsetalk]

In a very sad story, the northeast eventing community lost a great friend on Wednesday when Lesley Long passed away.  Lesley was in a coma after being kicked by a horse while clipping it around Thanksgiving.  We have just gotten this news and will have more soon, but there is a very nice tribute to Lesley here.

Slideshow of USEA Award Winners from the Annual Convention

And finally here’s a video from our sponsors at Kentucky Horsewear with Bettina Hoy, who demonstrates how she uses their innovative cross country boots and tendon grip.