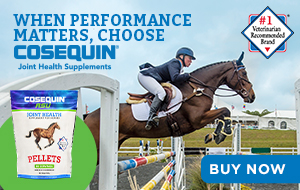 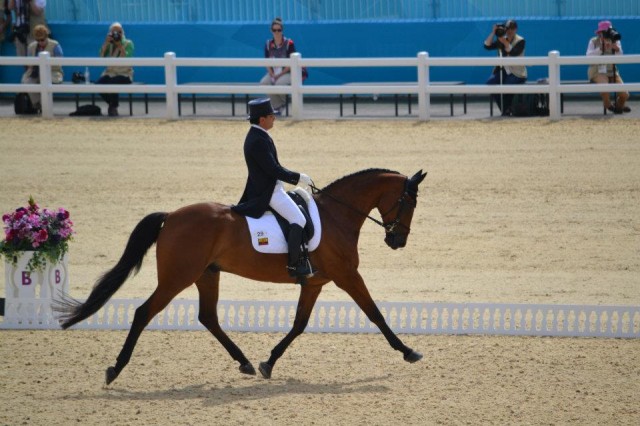 As riders, we often push through pain to avoid missing any time in the saddle. But Ronald Zabala Goetschel learned the hard way that ignoring injuries can have serious, even life-threatening repercussions. It all started Nov. 1 last year when he took an hour-long soak in his hot tub following a usual day of riding his horses and working until late into the night.

But when he got out of the hot tub, he felt like his body was on fire. “I got in the shower to try to cool down my temperature, but that did not work well enough,” Ronald said. “The burning feeling came from inside as well, so I got out of the shower and grabbed a glass to fill it up with water in the sink, but then I felt I was dying, as I could not breathe and felt I was losing control of my body. That was it.”

Ronald fell to the floor, hitting his head on the way down. He was unconscious for about 10 minutes, and when he woke up, he saw blood running down his chest, coming from a gash on the back of his head. He was too weak to call for help, and he fell asleep. At the time, he did not know that you should not fall asleep when you have a concussion.

“On the next morning, they took me to the emergency room, where the doctors did a scan of my head and put six staples on my 2-inch cut. My injury was exactly where the occipital nerve runs, causing an occipital neuralgia. On top of that, the osteopath told me that the right side bones of my head were jammed to the front, which also caused more pressure in my brain — more pain and dizziness.”

The doctor told Ronald he should expect to recover from the concussion in two to three weeks, which overlapped with the Bolivarian Games in Peru, where Ronald and Che Mr. Wiseguy were set to ride on the Ecuadorian team. After staying in bed for nine days following the accident, suffering severe headaches and dizziness the entire time, Ronald flew to Peru with Wiseguy, hoping he would be recovered by the time he arrived.

“Big mistake — I never recovered,” Ronald said. “On the contrary, as I started training, the pain became worse each and every day. I was about to scratch, but one of my teammates could not bring his horse to Peru, and the horse of another teammate went lame. There were only three riders with three horses, and my country needed a fourth horse and rider combination. So I competed.”

Ronald’s memory of riding in the Bolivarian Games is spotty. “When I watched the videos, I saw turns and tracks that I still do not remember having done. Because of the headaches and dizziness, I could not ride Wiseguy up to the level he deserved. I could not go fast enough, and because I had no good balance, and even though it was only a one-star competition, I had to take two options on cross country so I would not fall off. That caused us time penalties.”

Still, Ronald and Wiseguy won the individual silver medal for Ecuador, and his team won the gold medal. But it came at an incredible price. “The doctors think that the movement of the horse while training and competing in Peru, having already had a concussion, shook my bain badly and caused me multiple concussions,” Ronald said.

Since returning home from Peru last November, Ronald has been in bed almost every day. The concussion also affected his heart, giving him a temporary arrhythmia for the two months following the accident. He is now able to work one hour a day before feeling dizzy and needing to go back to bed. About a month ago, he had his first day without a headache, and then immediately suffered a throat and lung infection.

“The doctors think that if I had not traveled and competed at the Bolivarian Games in Peru, I would already be fine and would be competing again and getting ready for the World Equestrian Games. As I said, it was a big mistake. However, when you are representing your country, you try your heart out, and you want to get the job done the best you can. Our sport is already risky enough, and we must be careful.”

Ronald still holds out hope he will be healthy enough to qualify for the WEG. He is being treated multiple times a week by acupuncturists, massage therapists and osteopaths, and Wisegey and Master Rose are being kept fit by his friends. In the end, Ronald learned a very valuable lesson he hopes other riders who suffer concussions will take very seriously: “No medals are worth risking your life and your horse’s life.” 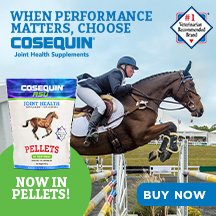 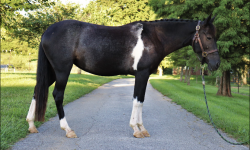 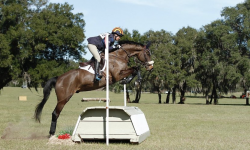 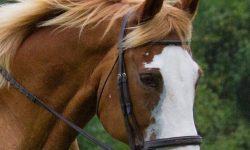