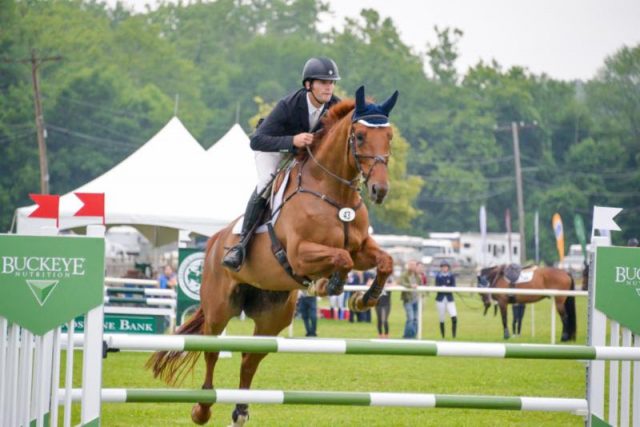 Ryan Wood emerged as the big winner in the $20,000 Preliminary Essex division at the Mars Essex Horse Trials in Far Hills, New Jersey, piloting Summit Sporthorses’ Ruby to first place on their dressage score of 27.7.

Ruby, an 8-year-old Hanoverian mare (Royal Prince X Dinara, by Donnerwerth), was bred in New Jersey by her owner Ilona English and is out of the same dam as Ryan’s three-star partner Powell, which made the win all the more special for his team.

“This event is phenomenal. This was my first time here and I can’t wait to come back. I will be promoting it to everyone in Pennsylvania,” Ryan said. “It means a lot to win here and to win for Ilona on her homebred horse. To come to Essex and take out the top division and win the silver cup is very special.” 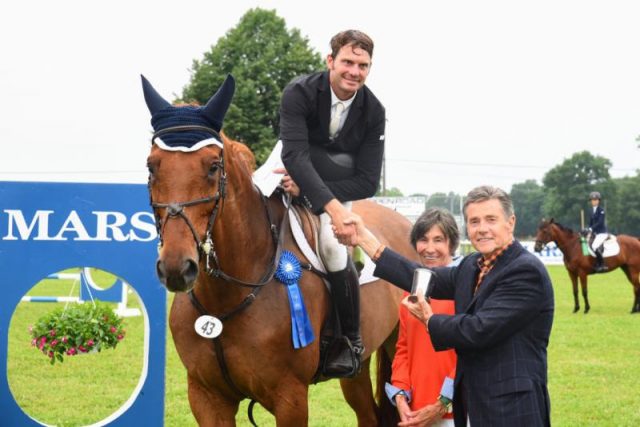 Ryan and Ruby led after both dressage and cross country, and with rails tumbling on Chris Barnard’s show jumping course, the pressure was on to deliver a clear round as the final pair to go. Only eight of 31 (25.8% of the field) managed clear show jumping rounds.

“It was interesting to see the rails coming down,” Ryan said. “The first jump looked like the softest one on the course, but it came down more than any other jump. The treble looked tough and it jumped better than any other combination on the track. It was all very well thought out. Chris Barnard is a master at designing show jumping tracks.”

Michael Walton and Brave New World, an 11-year-old Westphalian owned by Mia Marano, moved up from sixth after cross country to finish second in the Preliminary Essex division on 32.90. Hallie Coon finished third on Helen Coon’s Cooley SOS, a 7-year-old Irish Sport Horse, on a score of 36.20, moving up from 21st place after dressage.

Kaitlin praised Morgan Rowsell’s cross country course and the organization of the event in general, which Morgan co-organized alongside Ralph Jones.

“They put so much care into the courses and the footing,” Kaitlin said. “Everything is so well done here for the lower-level horses, which is important for a horse like (Warren LVS) because this could be a stepping stone for things to come in the future.”

Juli Hutchings-Sebring won the Preliminary Rider division on her own Welbourne, a 10-year-old Dutch Warmblood, on their dressage score of 37.50.

“I heard the announcer say that we were in the lead in show jumping and then I heard my horse nick a rail and I was saying to myself, ‘please don’t fall, please don’t fall,’ because I knew I couldn’t afford to have a rail,” Juli said.

“This is such a fantastic event; it was really exciting. It felt like a much bigger event than for the level that I competed in. It felt like the atmosphere of a two-star or even bigger because of the spectators, so it was exciting for us. It’s nice to take a win home to my students.”

For three decades, the Essex Horse Trials was one of the highlights of the equestrian calendar, attracting top American and international competitors as well as thousands of fans who enjoyed its social aspects as well. The event was originally conceived in 1968 as a competition for young riders. Proceeds from the event benefit the Greater Newark LifeCamp in nearby Pottersville, which provides an enriching day camp experience for approximately 300 Newark-area youths per day for six weeks during July and August. 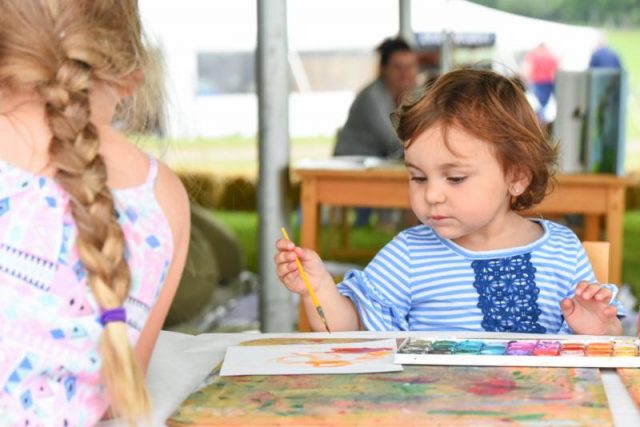 The Mars Essex Horse Trials, located at the historic Moorland Farm, offered a host of family-friendly activities throughout the weekend, including a Mars Candy Hunt and a Children’s Activity Center sponsored by The Willow School.

The Essex Fox Hounds paraded their pack of hounds in the arena on Saturday, followed by the Tewksbury Foot Bassets the next day. Sunday also featured a classic car show and shopping in the Essex Market.

Essex returned to the eventing calendar last year following a lengthy hiatus, and Morgan Rowsell hailed the second year revival of the event as a resounding success.

“It was a great follow-up to last year. We’re getting better and better every year,” he said. “To bring an event like this back takes a herculean effort and I’m positive that with the support we have from the community, Moorland Farm, and the Far Hills Racing Association, the sky is the limit.”

Click here to view final scores from the event.