Each month Eventing Nation partners with a nonprofit organization working to promote diversity and inclusion in the equestrian world. To help, we provide a month of free advertising space and spotlight their efforts in a feature article. Our October partner is Saddle Up and Read, whose mission is to encourage youth to achieve literary excellence through equine activities. Have a nonprofit to nominate? Email [email protected] 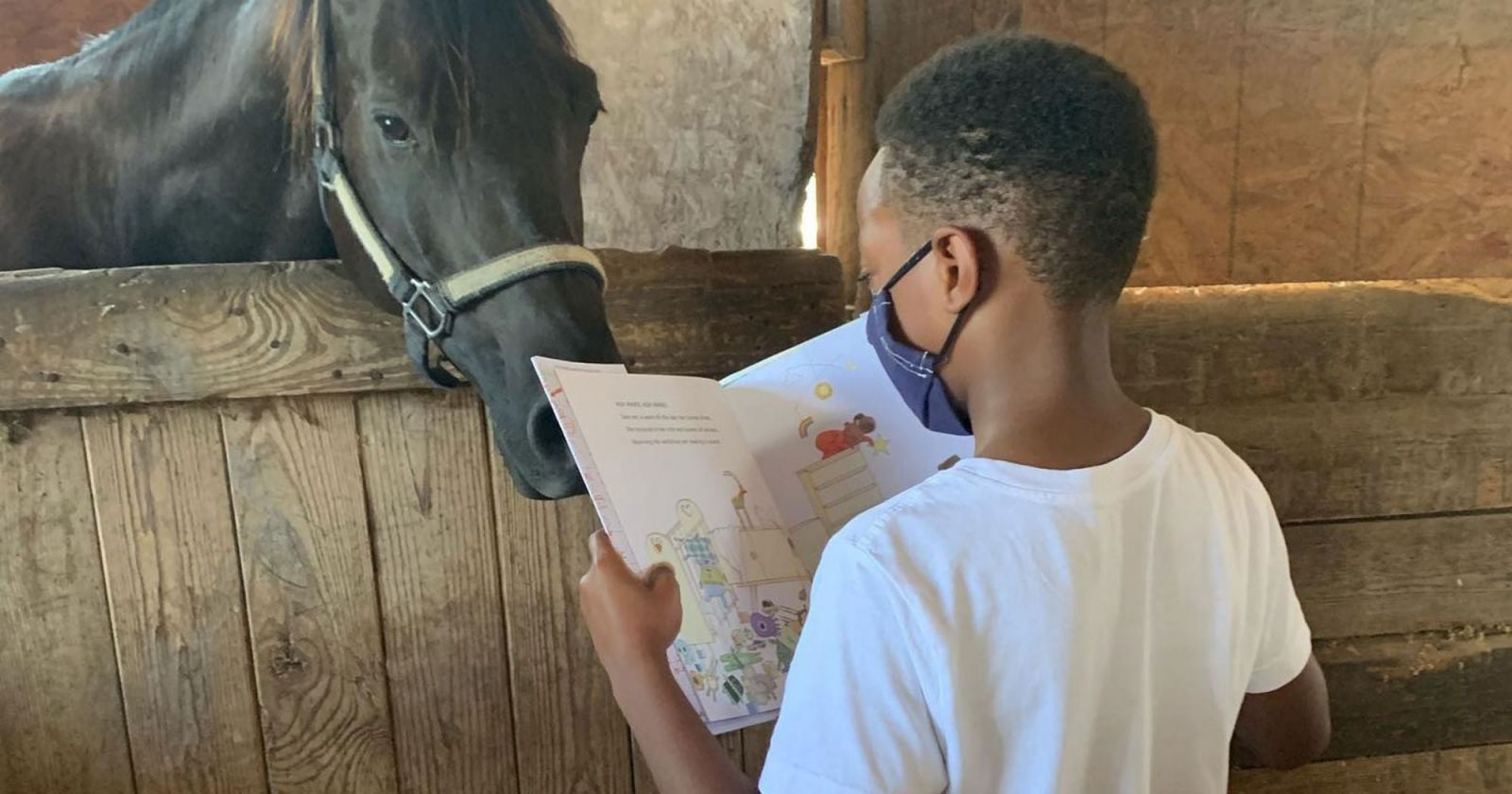 Caitlin Gooch is the founder of Saddle Up and Read (SUAR), a 501(c)(3) non-profit in Wendell, NC. Gooch started SUAR in 2017 to combat North Carolina’s low literacy rates – she’d noticed the rates and thought, “There has to be a reason the kids aren’t reading.” She was volunteering with youth groups and after-school programs at the time and observed third graders incapable of spelling three or four letter words, thinking, “There has to be something that can be done.”

Having grown up with horses, Gooch inevitably would talk to the children she volunteered with about them – they’d always have questions. Aware that horses aren’t “a privilege for everyone,” Gooch wanted to share her horses with others because horses had motivated her to do, “just about everything I’m doing.” She felt horses might motivate the children, also, saying she thought if she could keep their attention on horses, then “maybe I could keep their attention” on books, too.

Starting small, she collaborated with a local library, creating a program where any child who checked out three or more books during a month-long period was entered into a raffle. The librarians would draw five names, those children received a horse pillow and certificate to visit Gooch’s father’s farm. At the farm, they read to the horses and brushed them or gave them a treat – from that, SUAR was born. Since forming, they’ve served roughly 400 children, became a 501(c)(3) in 2019 and expanded to multiple programs. They now work with two libraries, visit schools, churches and youth groups and host reading stations where Gooch opens the farm once or twice a month for families to visit. At reading stations, children get to read to the horses, bringing either their own books or borrowing one of SUAR’s and learn about horses and basic safety around them. 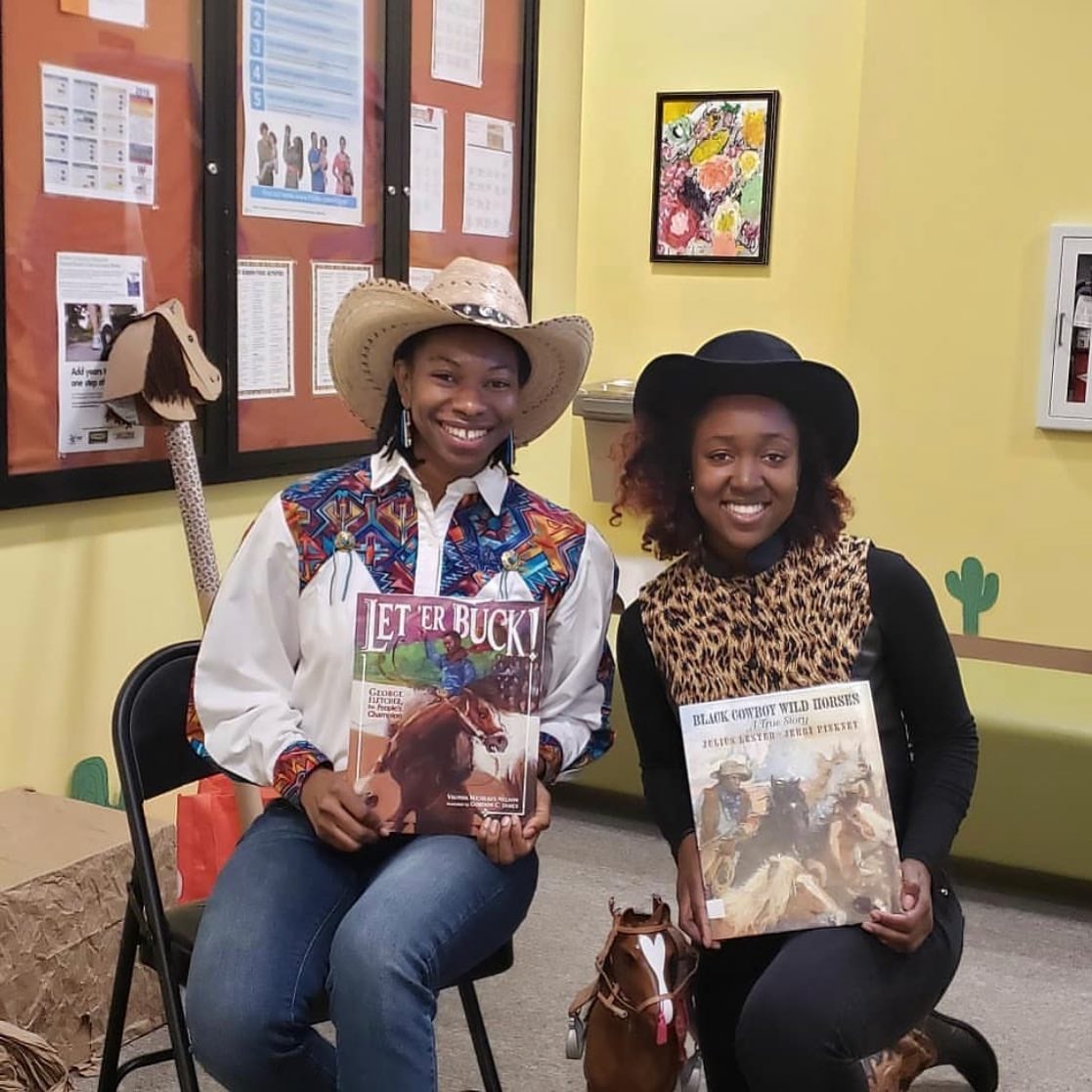 Gooch hopes someday to own land and open a facility for SUAR, creating a positive space for youth to visit. “Where I’m from,” she explained, “there’s not anything for [kids and teens] to really do – there’s basically food and alcohol in my town. Our children are the future – people say that all the time, but they aren’t paying attention to literacy rates, they aren’t paying attention to the things kids are getting into that are negative,” emphasizing the importance of positive experiences. Her overall goal is to use SUAR to bring more children of color into the horse world – she’d also like to do research using reading stations to track each reader’s improvement over time and have feedback on whether reading to horses or doing literacy activities with them improves reading skills.

The biggest challenges to getting children interested in reading are representation and awareness. “There are a small percentage of books representing diverse characters,” Gooch said. “There are more books with animals than there are books [featuring] children of color. I think that’s the biggest issue because before kids can even read, they see the pictures. If they’re not seeing pictures in books of people who look like them, then what’s that going to say about what they can do later on in life? Nobody should have to wait until they’re an adult to find a book with characters that look like them. I didn’t see any until I was an adult, especially with Black cowboys and cowgirls.” SUAR’s library features books on Black cowboys and cowgirls. According to Gooch, they have almost all that exist and “it’s not even over 40 books.”

SUAR, Gooch hopes, can raise awareness of the need for representation. Her friend, Abriana Johnson, is the author of the Cowgirl Camryn books, which Gooch said came about because Johnson “knew there weren’t any books that were that diverse.” Gooch also is working on publishing her own book and believes through raising awareness about the need and importance of representation and being part of the solution, things can change.

Literacy rates and their importance is something Gooch wishes more people understood, explaining, “So many people have been contacting us and saying, ‘wow I didn’t know this was a thing.’ Or they didn’t know the literacy rates were as bad as they are. In 2016 or 2017, it was reported that 50% of adults are illiterate. I had to tell people this number is so high because some of it include older people and slavery wasn’t that long ago and some of those older people, it was illegal for them to learn how to read. So, yes, this number is high but realize there were once anti-literacy laws preventing Black people who were slaves from learning to read and write. People are just finding out all this information and they’ve never really thought about it – I’m happy to be bringing awareness to the bigger picture.” 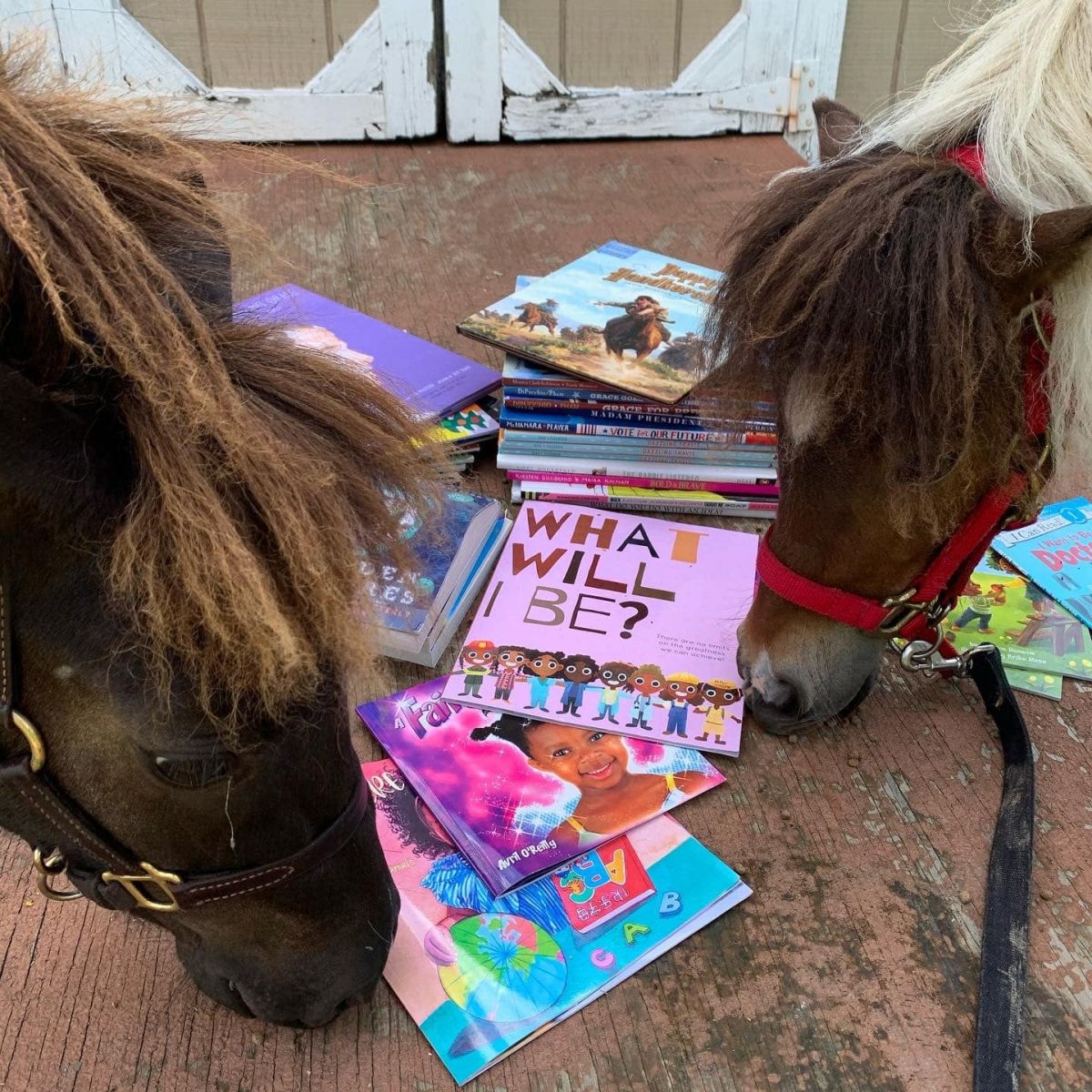 Gooch emphasized the importance of reading, saying children need to be read to daily for at least 10, preferably 20 minutes. “Just read and read and read,” she said, adding there are videos of adults reading books to children if an adult really doesn’t feel like reading, but cautioned against excess screen time, saying, “don’t always do that.”

“I wish,” Gooch finished, “people knew if they read to their children, nieces and nephews or neighbors’ kids, they’ll impact their lives immeasurably, so much more than they can even think of. Reading is important. It’s important for our kids to know it’s important, because once they grow up they become adults who read – we don’t want them to be adults who don’t read, because adults who don’t read don’t vote, they’re more likely to go to jail, to be on welfare. It’s unfortunate that it happens but we don’t want our children to not read because the risks are greater.”

SUAR’s biggest organizational challenge is transportation. “I don’t own a horse trailer, I don’t own a truck,” said Gooch, “and sometimes, even though these programs are free, it’s hard for parents to get their kids to where we are.” She said it’s not that SUAR is far away, but parents with multiple children and a job can’t always get their kids out. “It doesn’t matter if I change the date or the time, it’s still the same.” Gooch needs to take the horses and books to where the children are and usually borrows a truck and trailer and once rented a U-Haul to do so.

SUAR accepts monetary donations and book donations. Books featuring diverse characters or horses are accepted and SUAR has an Amazon wishlist which can be found here. Monetary donations can be made through saddleupandread.org – simply click the donate button and it’ll take you to PayPal. They’re also running a GoFundMe. Those based near Wendell, NC who wish to volunteer can email Caitlin Gooch at [email protected] to coordinate. You can also follow SUAR on Facebook, Twitter and Instagram.