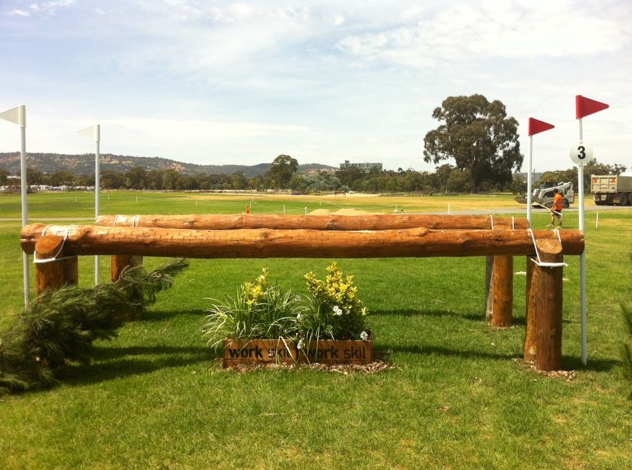 The USEA’s Cross Country Design and Fence Construction Safety Task Force formed in June following Ben Winter and Jordan McDonald’s deaths released its initial findings and opinions on safety in the sport in the Board of Governor’s meeting at the USEA Convention.

Jon Holling, who co-chairs the task force with Sarah Broussard, read the findings in the meeting and kindly sent the report to us to publish here. Doug Payne, Lesley Grant Law, Jay Hambly, Malcolm Hook, Kathleen Becker and Tremaine Cooper also sit on the task force, which is advised by David O’Connor.

Read the report below and weigh in with a comment on your thoughts. What do you think of the task force’s suggestions? The report is as follows:

Each and every facet of our organization, including but not exclusive to the USEA, course designers, course builders, event organizers, and professional Riders, have a moral and professional obligation to continually search for better and safer course design and fence construction technology. We must pursue new technology and engineering designs that will result in a safer cross country phase.

As stated in rule EV140.9: Obstacles for which approved frangible technology is appropriate shall be construct­ed using this technology, or shall be retrofitted using this technology. Information on the appropriate applications of Frangible Technology in cross-country fence construc­tion is available in the USEA Cross-Country Obstacle Design Guidelines. Frangible Technology may be installed only by or under the supervision of Course Designers/course builders who have attended a USEA Seminar on Frangible fence construction.

It is our duty to ensure that ALL available safety devices are used in EVERY scenario applicable to the purpose for which they were designed.

We also believe that EV140.3a further supports the safety of cross country fences and does not contradict the ability to design and build frangible or deformable fences: The obstacles must be fixed and imposing in shape and appearance. When nat­ural obstacles are used, they should, if necessary, be reinforced so that they remain in the same state throughout the test. All reasonable precautions must be taken to prevent the possibility of a competitor being able to pass mounted under an obsta­cle. Portable fences must be secured to the ground in a way that the fence cannot move.

We endeavor to promote a mentality that there should never be an excuse of ‘lack of funds’ or ‘not enough time/labor available’ when it comes to employing, for example, a frangible pin on an open oxer. Currently there is $13,000.00 spent annually to make this type of technology available to events. We feel this is not adequate and needs to be dramatically increased.

We agree that education is a fundamental aspect to both safe cross country riding and successful cross country course design and via the ICP, the education and Caliber of riding in the United States has continued to improve. This resource should continue to be utilized in an ever increasing manner in the years to come. The better educated our riders are the safer they will be. This applies to decisions they will make both while competing and in their day to day training. This aside, education of Riders is not the core of our Task Force.

Course design and the education of Designers is a huge part of the sport’s safety. The course designer certification program and the course advisor program, have done a good job training both new as well as existing designers. We recognize the difficulty of encouraging new officials and designers to the program. This program needs to be expanded and grown in the coming year. We have nothing to lose and everything to gain by having even more qualified, talented, and safe Designers.

The Task Force feels that the goal should be to eliminate as many horse falls as possible and more specifically, we MUST endeavor to eliminate 100% of rotational falls. This may sound like an improbable goal, but we believe that with the correct application of current frangible technologies, and the quest for new deformable or collapsible design, this is achievable. Furthermore, in the process of traveling down this road, clearly ONE less rotational fall is a victory for our sport.

One of the main types of fences that need to be seriously looked at are tables; and especially square tables at the prelim level and above. Mistakes at these types of fences tend to result in unrecoverable falls that very often end catastrophically. There has been an effort to design and build functional collapsible and/or frangible tables in recent years. However, there has been minimal improvement in the implementation of technology for these fences. While the MIMS table has been available for several years, only one event in the US has used one. The Task Force is in support of the MIMS system of frangible fences, and we are very interested in the newest innovations MIMS has come up with in regards to frangible tables.

We recognize the tremendously positive influence the frangible pin has had on safety in the sport. While we feel that traditional front pinning has prevented many potential accidents we strongly encourage using reverse pinning whenever possible. Recent evidence seems to indicate that reverse pinning dramatically decreases the chance of serious rotational falls.

These above mentioned systems are the most widely available products on the market and thus they are the current technologies that we refer to in our founding principle. We believe there are other ideas and systems that likely exist and will become available. The Task Force will continue to investigate any and all ideas as they come available.