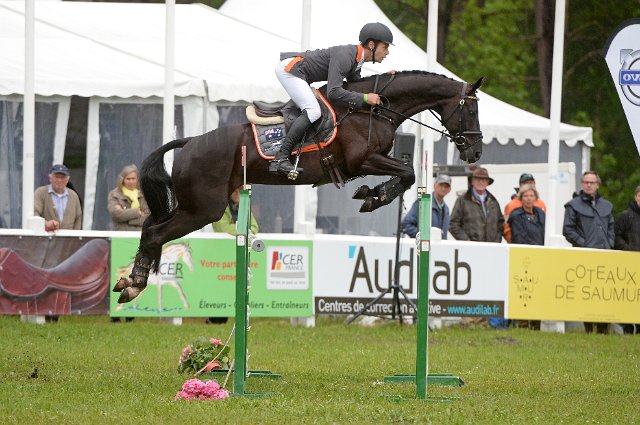 Christopher Burton and Santano II. Photo courtesy of Saumur.
Rails were flying today at the Saumur Complet CCI3* in France. The show jumping course was a test of good turns with multiple combinations and related distances presented on a bending line. The combination of rain on the grass surface may have also been a contributing factor to the frequent faults. Problems were spread out on the course (see the jump report here), but 11 of the 40 finishers managed a fault-free round.

Christopher Burton (AUS) and the Black Run Syndicate’s Santano II were under pressure as they entered the ring as the overnight leaders. Thomas Carlile (FRA) and Upsilon had just produced a clear round, and while Chris had a rail in hand and Santano is a typically good show jumper, it’s not over until the final fence is cleared. They spent their rail early on at fence four, but managed to leave the rest of the jumps up to finish on a final score of 45.4 and pick up a win in Santano II’s first CCI3*. 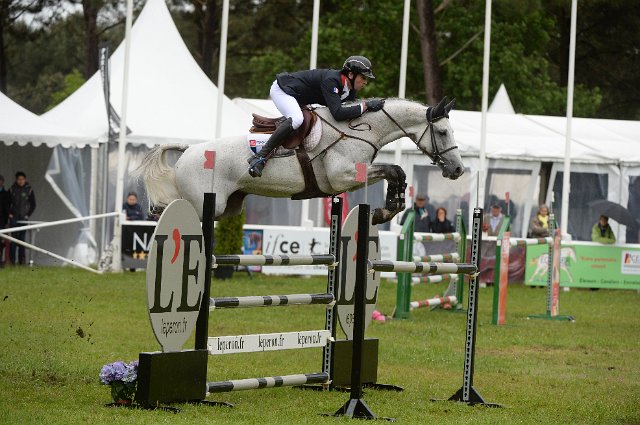 Thomas Carlile (FRA) withdrew Sirocco Du Gers, fourth after cross country, before show jumping, but he still had Upsilon in the running. The 8-year-old Anglo Arabian had bumped up from third after dressage to second with a clear and fast cross country round. The grey stallion absolutely jumped out of his skin today, practically clearing the standards and giving a little kick of enthusiasm here and there. There was no way he was going to pull a rail and they finished on a 47.6 to secure second.

Another horse that was jumping for fun was Sultan De La Motte, a 10-year-old Selle Français gelding ridden by Arnaud Boiteau (FRA). He was so impressive, I couldn’t help but look up his pedigree, and it’s no surprise to see a who’s who of show jumping royalty. The last time Sultan pulled a rail at an FEI event was in 2012 in a young horse one-star division. He wasn’t about to break his streak today, and an impressive clear moved them up to third place. 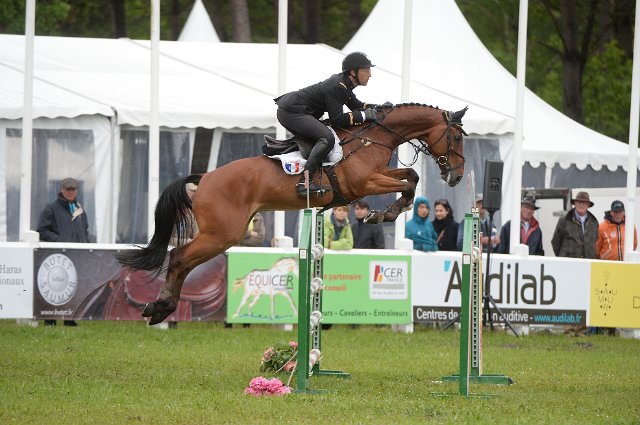 Maxime Livio was also clear with Opium De Verrieres, a 14-year-old Selle Français gelding who vaulted up the leaderboard yesterday with a quick round across the country that moved them from 22nd to seventh. They finished in fourth place today on a 57.2.