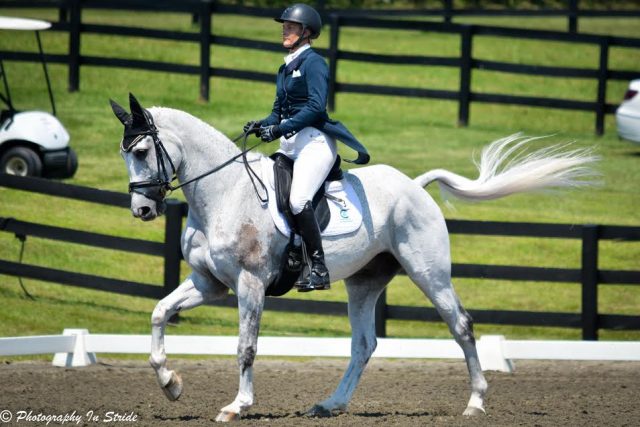 Dressage day one at Millbrook Horse Trials was full of sunshine and smiles from both competitors and spectators for a hot afternoon in New York. Half of the Advanced riders danced in the sandbox, as did the first division of Intermediate.

Taking an early lead in the Advanced is Sara Kozumplik Murphy and Rubens D’Ysieux Syndicate’s Rubens D’Ysieux. They were third in the ring and scored a 29.7 which remained untouched throughout the afternoon. They had a beautiful and accurate test and it will be interesting if anyone can top it going into tomorrow.

These two are looking strong in their preparation for the Millstreet CCI3*  later this month. (Click here to get your very own unicorn shirt to help this magical pair fundraise for their upcoming trip!) 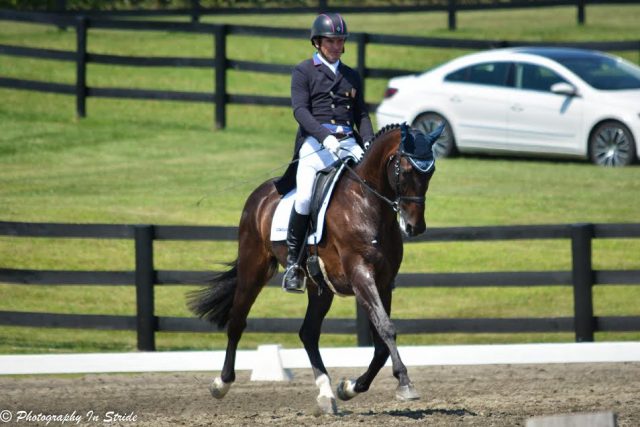 To take second is the one and only Phillip Dutton on Kristine and John Norton’s I’m Sew Ready, just missing the top spot with a 30.7. They looked fantastic as a team today and will be ones to really watch this weekend as Phillip and “Jackson” are in top form. 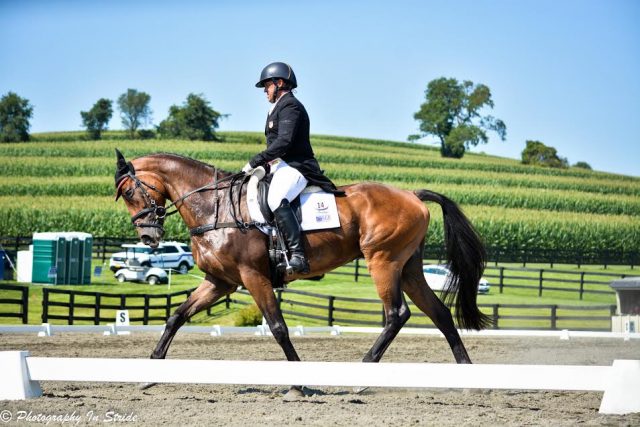 In third is Buck Davidson with Carlevo LLC’s Carlevo. They scored a 32.2 and had some very impressive moments in the ring. Buck also has the fifth place slot with Sherrie Martin and Carl Segal’s Copper Beach who scored a 33.4.

Holding onto fourth is Boyd Martin and the Long Island T Syndicate’s Long Island T, just .2 away from Buck with a 32.4.

The guys definitely have their hands very full this weekend with each having multiple rider across the Advanced and Intermediate divisions. 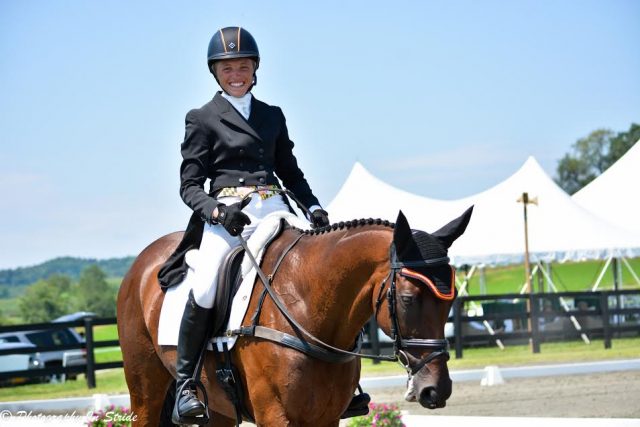 The top ten are very close with less than seven points separating them. The Advanced will definitely be interesting to see how things shake up tomorrow with the rest of the pack still to come. 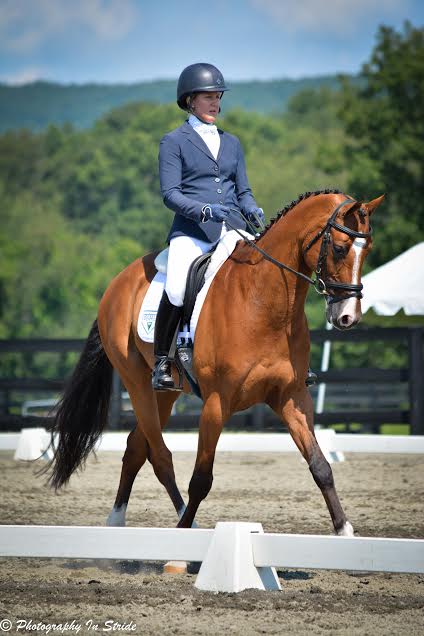 In the Intermediate, leading is Allison Springer and Lord Willing who had a stunning test to score a 29.0. After retiring her long term partner Arthur this spring, she and Lord Willing look fantastic together and it will be great to see how the weekend pans out for them.

Taking second is Boyd Martin and Denise Lahey’s SBF Cortez who scored a 31.3 to slide into second after being the last ride of the day today.

In third is Holly Payne Caravella and Shelby Godfrey’s Bruisyard Hall who are right behind Boyd on a 31.7.

The atmosphere was definitely hard to beat today, getting to some horses mid-test with a few meltdowns. Let’s hope the rain holds out for the rest of the weekend as the rest of the Advanced and Intermediate B tackle the dressage tomorrow afternoon.