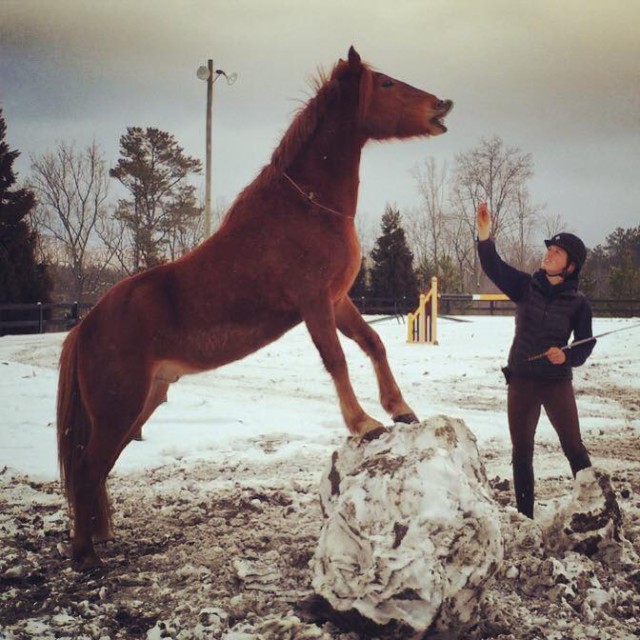 When an unusual snowstorm in Georgia covered Rock Creek Farm in a blanket of white this weekend, Elisa Wallace and her mustangs (or “Mother Nature’s all-terrain vehicles“) decided to have some fun. Elisa rolled up a couple of giant snowballs in the arena and took Hwin, Fledge and Rune out to play.

First up, Elisa hopped on Hwin, a mare she adopted after the Mustang Magic competition in January. After a cautious inspection, Hwin, who already has some eventing experience under her belt, jumped over the snowballs and practiced flying changes and rollbacks before showing off a couple of new tricks.

Then the ‘twins’ Fledge and Rune had a ball smashing the hunks of snow to bits and vying for Elisa’s attention in a hysterical game of “who has the best trick.” They had Elisa laughing, and us too! Do we see a comedy act in the future for these two?