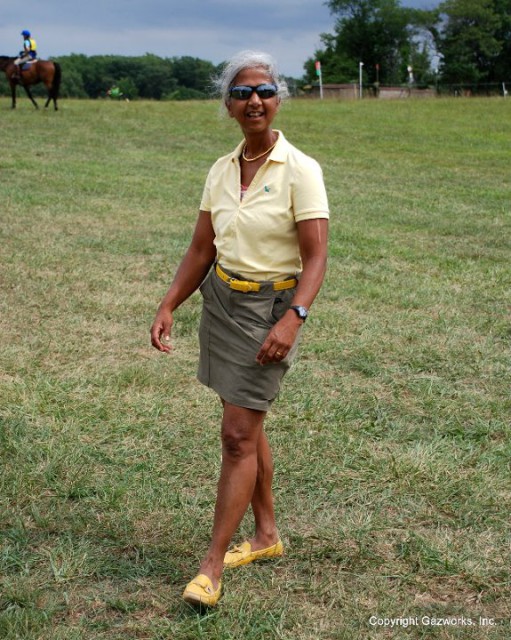 Seema Sonnad had a mission to grow volunteerism in eventing and reward volunteers for their service. Before her death in May this year, Seema developed a plan that could serve as a jumping-off point for better recognizing, organizing and educating volunteers. Though she was unable to see her plan come to fruition, Seema’s dreams for volunteerism are living on thanks to the dedication of a wonderful group of hardworking people.

The USEA Volunteer Recognition and Education Committee, on which Seema served, existed for only one year, but at this past weekend’s USEA Annual Meeting and Convention in Washington, D.C., the Board of Governors moved to form an official Volunteer Committee headed by USEA president-elect Carol Kozlowski and create a proposal to develop a Volunteer Incentive Program.

Holly Covey and Bonnie Kibbie presented to the Board Seema’s four-point program for volunteers, which includes volunteer recognition, a national database, an awards program and incentives. The ultimate goal is to create an integrated volunteer program that makes it easier for organizers to connect with and educate volunteers, as well as reward them for the many hours they donate to the sport.

“Through the USEA we can promote volunteerism, get people involved that weren’t involved previously, grow membership, help the organizers and grow volunteers,” Bonnie said. “Individual shows do great things for volunteers, but (we need to) create one top-down system to streamline things and recognize volunteers for what they do.”

The Volunteer Incentives session on Saturday afternoon at the Convention was well attended by participants from all corners of the sport, and a constructive discussion explored countless ideas for enhancing the culture of volunteerism. With a solid framework, focused goals and creative ideas from a passionate community, volunteerism is well on its way to getting the boost it needs. 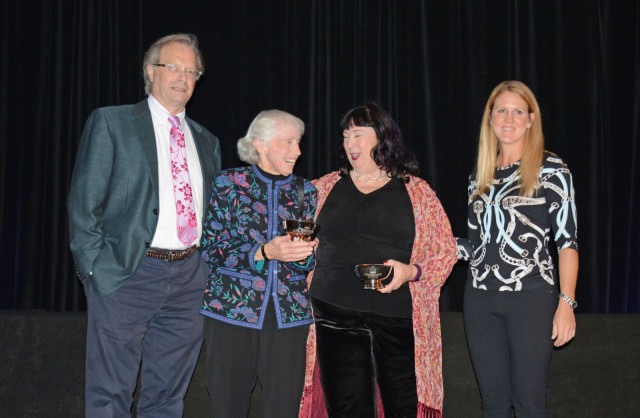 The proposed volunteer database would open up communications between organizers and volunteer coordinators. It would be free and confidential and not require USEA membership to register. Here organizers could list available opportunities for volunteers throughout the year. By viewing volunteer hours and experience, coordinators could better assign roles during the event itself.

Holly and Bonnie would like to see the USEA build a dedicated volunteer webpage, as the current one can be complicated to find and contains minimal resources. USEA CEO Rob Burk was engaged in the meeting and thinks the existing USEA Ride Share program platform could be modified to create a volunteer database. He stated that the USEA is already working on creating educational videos for volunteers.

Volunteer identification during events is an important component of the plan. A colored lanyard, armband or Seema’s proposed star system would identify volunteers as well as their level of experience during competitions. This would not only be useful for riders and spectators but would also show a level of importance for that individual. “A volunteer needs to feel that they are respected and wanted and that their time is valuable,” Holly said.

Carol would like to see more professional riders and coaches getting involved and being good models for volunteerism. More than one session attendee joked that they wouldn’t mind having Boyd Martin or Marilyn Little check their bits for dressage. “I want (professionals) out there with the common folks. Make an appearance, show us you’re willing to work shoulder to shoulder with the people who are making your competition possible,” Carol said.

Mark Hart, USEA’s Vice President of Membership and Program Development, said that volunteerism goes beyond filling a role at a competition and that serving on committees is another way to support the association. “Getting people to be on committees sometimes is really hard,” he said. “To me that’s the same spirit of volunteering to help our association grow.” 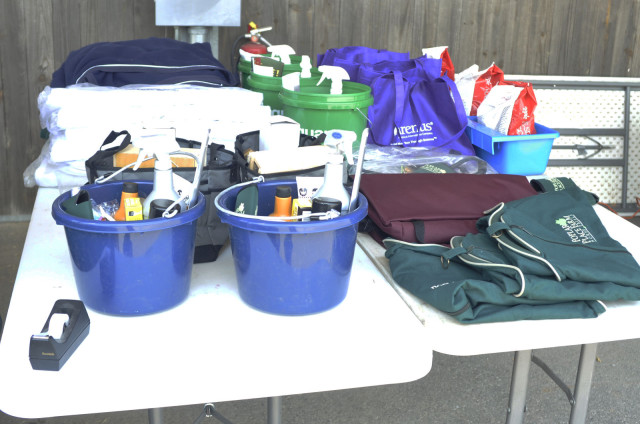 Gifts for volunteers given out at a Poplar Place Volunteer Day in 2011. These days, organizer Gary Stegman says there is an “underground black market” for their volunteer appreciation coupons. Photo by Leslie Threlkeld.

There is a consensus that volunteers should have more than just a drawer full of T-shirts to show for all the work they do. Finding, attracting and rewarding volunteers is a huge challenge, but organizers have become creative with ways to give back to the community that helps them host a successful event.

Area II Adult Rider Coordinator Donna Bottner said at the meeting that it’s important to give volunteers a stake in your horse trials and make them feel like their opinions are valued. She is involved in hosting semi-annual gatherings for volunteers, where they are rewarded for their service and have a chance for their ideas to be heard.

Four-star eventer Colleen Rutledge’s husband Brian Rutledge, who began volunteering at events this year, said that his wife doesn’t have time to volunteer at events when she has so many horses to ride, but he and his children have started volunteering, and he would like to see more incentives for volunteers who don’t necessarily ride. He shared details of the incentive program he uses through his company as an example, which involves awarding points that can be exchanged for gift cards.

One organizer said she reaches out to the local Boy Scouts and Girl Scouts troops to find out what she can do at her event to make it possible for the children to volunteer and earn a merit badge. Another organizer suggested reaching out to local universities and colleges to find out if students can earn extra credit for volunteering or if she can provide a student with an internship opportunity for school credit.

Another person explained that Sam’s Club and Walmart have a program called Volunteerism Always Pays, which rewards an employee for volunteer hours. One event’s volunteer, who is also an employee at Sam’s Club, has accumulated enough hours to make it possible for the event to get $1,500 to put towards a new Sam’s Club cross country jump.

These are all great suggestions, and there were many others proposed during the meeting and the convention as a whole. Mel Litter suggested a national points leaderboard for volunteers during Saturday’s Eventing 2016-2026 Summit, which generated a lot of excitement and buzz throughout the rest of the weekend. Certainly if there were a forum and a webpage where tips like these could be available for everyone, it would help the whole community.

Overall the Volunteer Incentives meeting was extremely constructive, and it is clear there is not only a need to improve many aspects of volunteerism, but there is a community who is willing to assist in making that happen. Seema would be so proud.