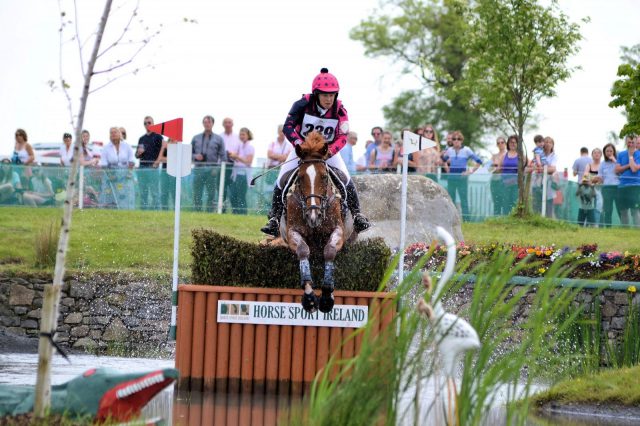 The CIC2* Senior European Eventing Championships for amateur riders takes place in Tongeren, Belgium, from 27 to 30 July, and Great Britain’s team selection has just been announced. For team debutante Sharon Polding, it is a dream come true.

“I was in a work meeting trying to be quiet and hold it together when I heard the news. I was humbled to be selected, and I feel extremely proud,” recalls Sharon, aged 45, who works as a global account manager for a telecommunications company.

“For someone like me, a mum and a hard-working amateur, to be asked to compete for your country is something you dream of as a kid, but you never expect to actually happen.”

Sharon has been selected to contest the event with her own 10-year-old mare, Findonfirecracker, having placed just outside the top 20 at Bramham International CIC3* in June, and having shown consistent form at Open Intermediate level this year.

“I bought Findonfirecracker, or Dizzy, as a foal and she was delivered to me when she was weaned, as she is half-sister to my homebred, and I wanted two foals running together,” remembers Sharon. “She is a loving, sweet-natured, sensitive horse who loves to compete, especially jump. ‘Stressage’ is not her favourite phase, but she can do a great test.”

Dizzy is Sharon’s horse of a lifetime and her best friend, she says. “I had a lifelong ambition to complete a CIC3*, and in particular at Blenheim, and she helped me achieve this in 2016 [placing 24th]. Dizzy is also the only horse to become the National Riding Club Open Individual Show Jumping and also the Horse Trials Champion in the same year [in 2013].”

Dizzy made the step up from one-star to two-star two years ago in 2015. But how did Sharon know her plucky mare was ready?

“Dizzy stepped up when she was 8-years-old, although she didn’t start eventing until she was 6, as I’d had a baby, so she had to wait!” Sharon says. “It was a natural progression, as she had completed a couple of one-star double clear and was starting to be competitive at Intermediate. She has now completed Blenheim, Burnham Market and most recently Bramham CIC3*, all double clear.” 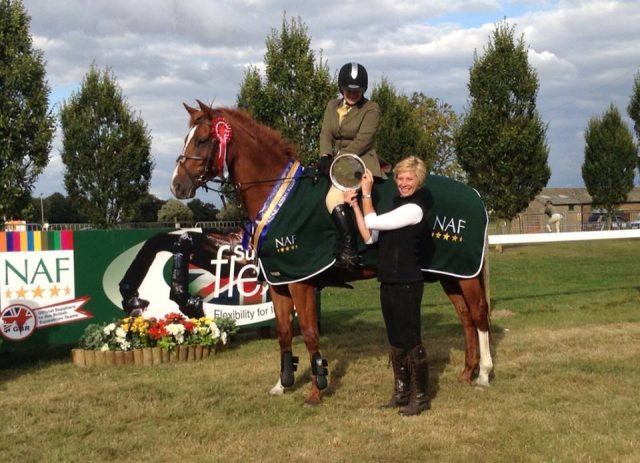 ‘I Want to Wrap Her in Cotton Wool’

Sharon admits she wants to wrap Dizzy in cotton wool and ‘bubble wrapping’ ahead of the championships, but concedes that they do need at least one more run. “We are heading to Brightling Park for the CIC2* next week, plus some show jumping and dressage thereafter to keep her brain entertained.”

The Kent-based rider has been riding all her life; Sharon hunted regularly, and competed in the UK’s Pony Club Championships in eventing and show Jumping.

“I would have loved to have been a professional rider, but did not have the backing, facilities or funding, so in 1990 I began commuting to London for work to be able to afford to keep my horse at livery and ride after work and event.”

She purchased that horse, Abbygail, as a 5-year-old from the local riding school. “She was only 15.1 hands, but had great breeding. She evented up to CCI2* and did a couple of Advanced, and became my foundation mare.” 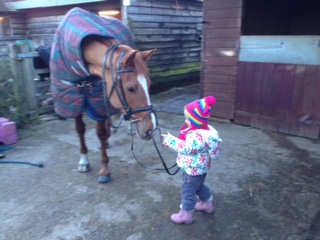 Sharon married her husband Robert in 2002; the pair thought children ‘were never going to be’ so Sharon focussed on breeding horses, considering the equines to be her ‘surrogate’ children. “Well, that was the plan,” she rues.

Then in 2011, daughter Poppy arrived, now 5 years old. “I still work full-time in a senior role and am semi-based from home, but I do travel and often work very late and long hours; but ‘needs must’ to fund the horses,” she tells us of her hectic, plate-juggling lifestyle.

With multiple time constraints upon her, Sharon made the decision a few years ago to keep just one horse to compete, Dizzy. “I have sold a number of youngsters and get immense pleasure from watching them. One of my babies is Georgisaurous; I sold him to William Fox-Pitt and he is 6 now. I watch the horse’s progress with pride.” (The pair is doing well at Novice, and recently won at Chatsworth International).

“I still have two former Advanced broodmares and am still breeding, but now not all for me; I have come to terms with the fact I can’t keep them all,” Sharon continues. 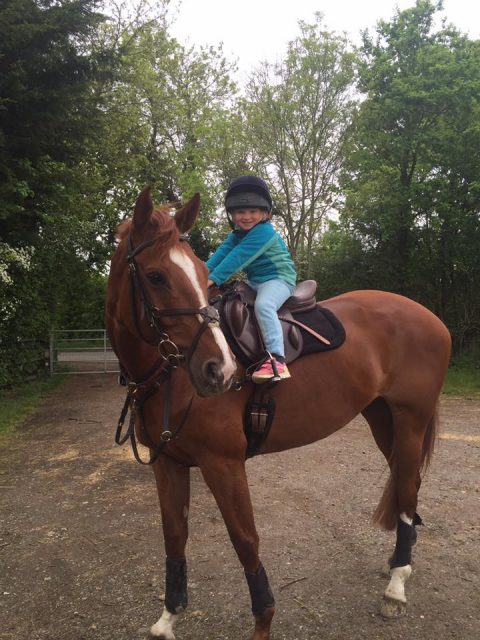 National Selection Makes It All Worthwhile

“I won’t lie, it takes hard work and very long hours to juggle the job and be a wife and mother,” Sharon tells us. “I still start the day at about 5:30 a.m. and am often out riding after I have put Poppy to bed, so I am not distracted. Luckily, Robert is a good cook! And when things like the national selection happen, it is all worth it.”

Sharon advises others chasing the dream to work hard and never give up. “Just because professionals do this for a living, it does not make them any better than us amateurs,” she tells us. “Dream big, as good things come to those that wait and who are deserving of it.”

The CIC2* Senior European Eventing Championship is a bi-annual event that provides a unique eventing format: a ‘team dressage’ test, an individual dressage test, the cross country round and finally the show jumping phase.