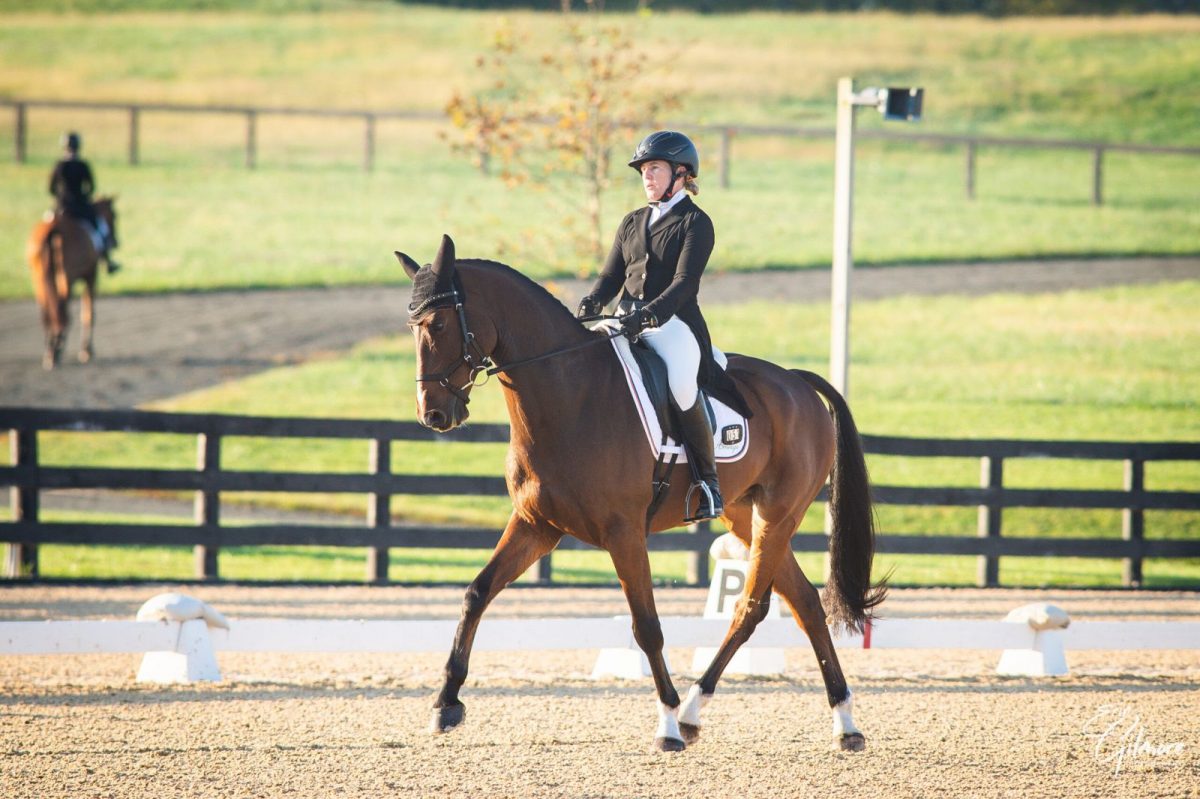 White and her 10-year-old Holsteiner gelding were the second of 25 entries to head down centerline on Friday morning, October 7, scoring a 29.0 to move to the top of the standings. The duo’s impressive performance has given them the early lead heading into Saturday’s cross-country phase.

“I will say, I didn’t see it coming that I would still be on top at the end of the division!” said White. “I was pretty pleased with that, and I am really pleased with Claus. He was very focused and with me this morning. That’s the hardest thing with him – just keeping him focused. It was an early morning for him and a little bit chilly. That’s not ideal for him, but he was just wonderful.” 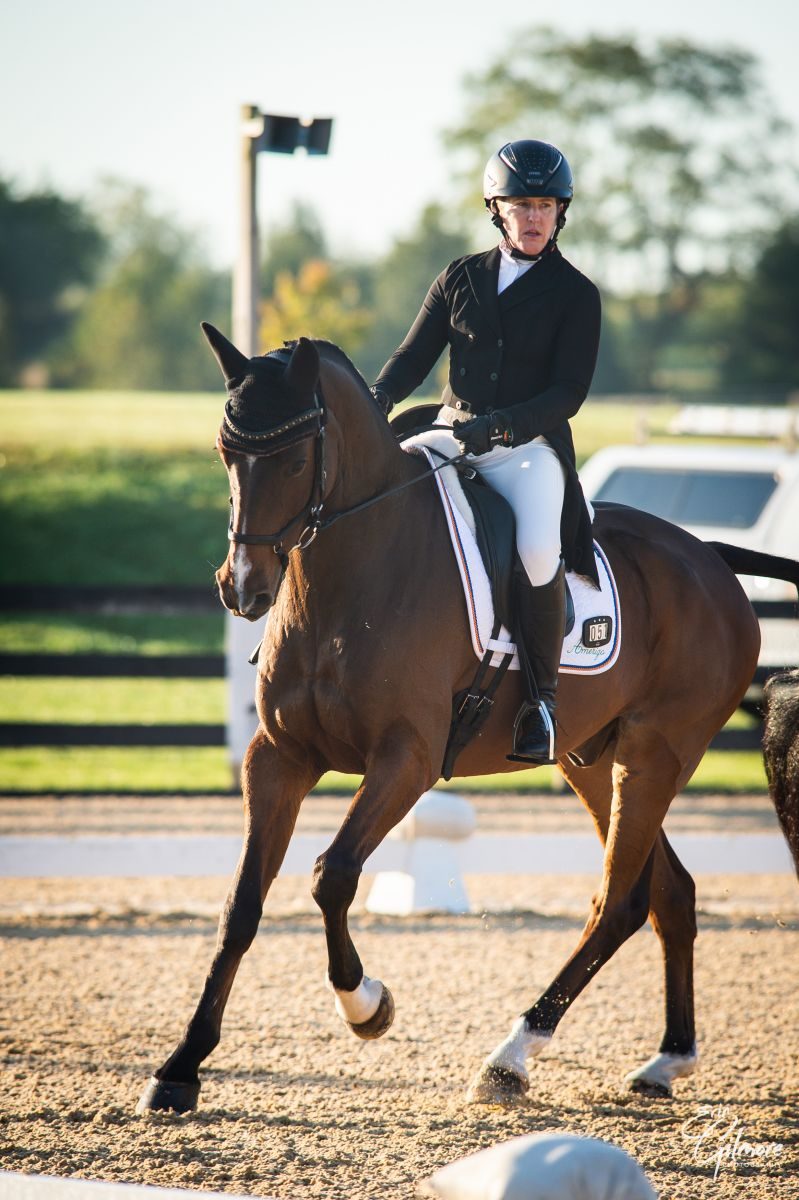 White continued, “I feel like it was just very good and steady the whole way, so I was really thrilled with that. He nailed his halt and rein back, which is always just super. That’s always nice when they do that. He’s got very good changes. I thought his first change was excellent. His second change wasn’t quite as on the mark, but for the whole, I thought he was just very consistent, which really is what I was going for with him, so I’m really thrilled with that.”

Claus 63 was initially sourced for White by Dirk Schröder of Germany, and for the past four years, White has been bringing the gelding up the ranks.

“He’s a wonderful creature,” said White. “He tries so unbelievably hard. Sometimes his mind gets a little bit overexuberant. He gets a little excited and then is shocked when things don’t actually go to plan. It’s about trying to keep him settled; that’s really the word. He gets very, very keen to go do a job. He hates making a mistake, so he’s a little bit emotional about the whole thing.” 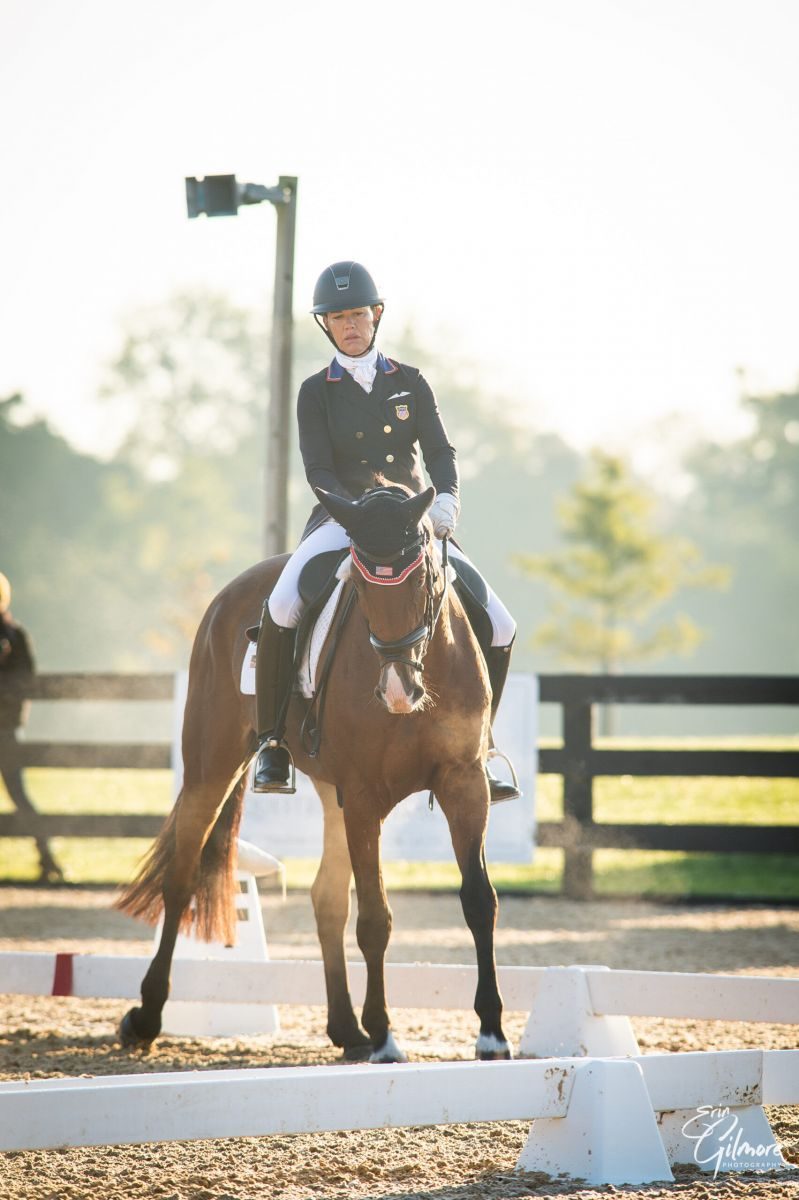 Sitting in second behind White and Claus 63 is California native and recent FEI Eventing World Championship team silver medalist Tamra Smith aboard Solaguayre California. Smith and the 11-year-old Holsteiner mare, owned by Julianne Guarliglia, earned a score of 29.3 as the first to go on Friday morning. Rounding out the top three with a score of 29.4 is Smith’s silver-medal-winning teammate, Will Coleman. He is aboard last year’s CCI4*-S winner, Chin Tonic HS, owned by Hyperion Stud, LLC.

With dressage complete, all three riders now have their sights set on Saturday’s cross-country course, built for the second year in a row by Derek di Grazia.

“I think [the course] is absolutely beautiful,” said White. “Derek is just a master of the craft of course design. With all of the rain that we’ve had, the ground is ideal. The course looks absolutely proper. There’s plenty, plenty to do. I think Morven Park has one of the best venues that we have in terms of the cross-country. The ground is special. It’s really rolling terrain and the good turf that you want. Derek’s put a very masterful course out there.”

Both Smith and Coleman echoed similar sentiments, with Smith making her inaugural visit to the venue from her home base on the West Coast.

“Seeing this venue, this is the best venue for this type of course in the country, aside from Kentucky,” said Smith. “It’s absolutely stunning with the rolling hills, and Derek I think has done a great job. It’s actually a little bit refreshing seeing some big galloping tracks after being at Pratoni! My horses are green four-star horses, but I’m looking forward to it.”

Coleman added, “I think it’s pretty beefy. It’s a nice four-star. I think it’s stout, but at the same time, I feel like everything is there to sort of be read by the horses. I don’t think [Derek’s] out to trick you or doing anything like that. It’s a typical Derek course. It sort of walks big and inviting, but you have to be thinking the whole time because he’s good at catching you out.”

The CCI4*-L competitors will tackle the cross-country course beginning at 11 a.m., running in reverse order of their current standings.

Will Faudree Finishes Show Jumping in First in CCI4*-S 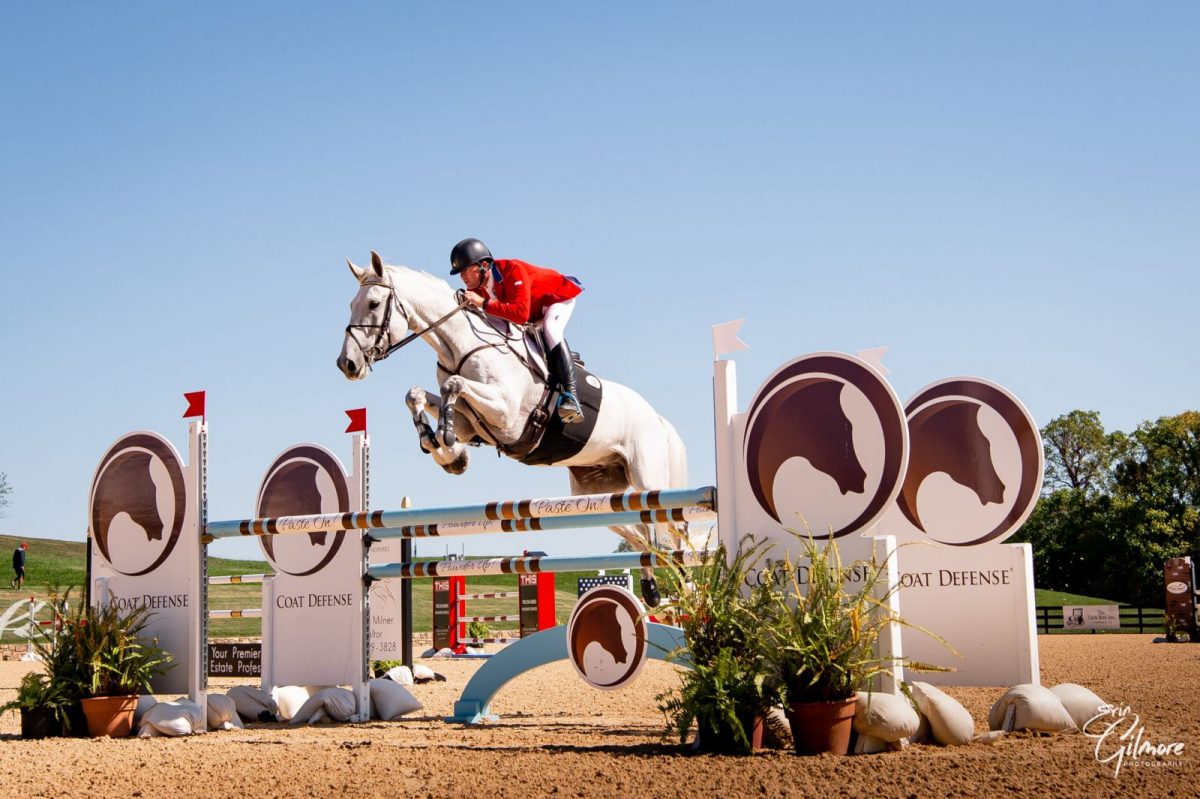 Will Faudree and Pfun. Photo by Erin Gilmore Photography.