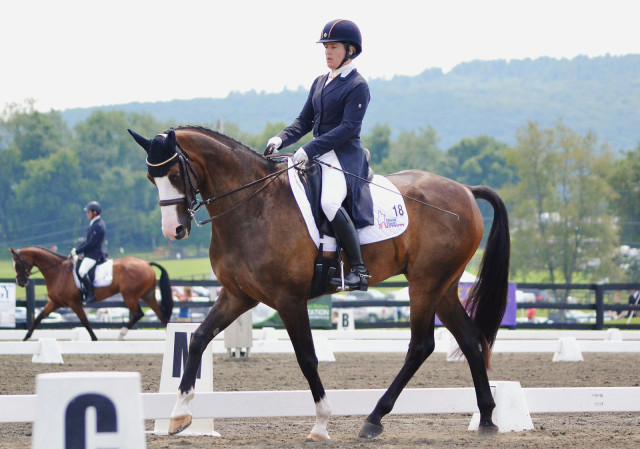 Sharon White and Wundermaske at Millbrook 2014. Photo by Jenni Autry.

Hello from beautiful Millbrook, N.Y.! Though the forecast threatened afternoon storms, the downpour that rolled through this morning quickly dried up, leaving beautiful conditions for the first day of dressage at the 14th annual Millbrook Horse Trials. The Advanced division is packed as usual, with 47 entries battling it out for the coveted title in the USEA Adequan Gold Cup and PRO Tour Series.

With the first half of the division complete, Sharon White and Wundermaske just edged reigning champions Laine Ashker and Anthony Patch to hold the overnight lead on 25.3. After forgoing her fall European tour last year, Sharon is looking to take Patch to across the pond this year, along with her other ride in the division, Under Suspection, who received a grant to contest Boekelo CCIO3*. After his meltdown in the dressage at Rolex, Patch was all business today and looking very relaxed, and judge Sue Smithson liked what she saw. 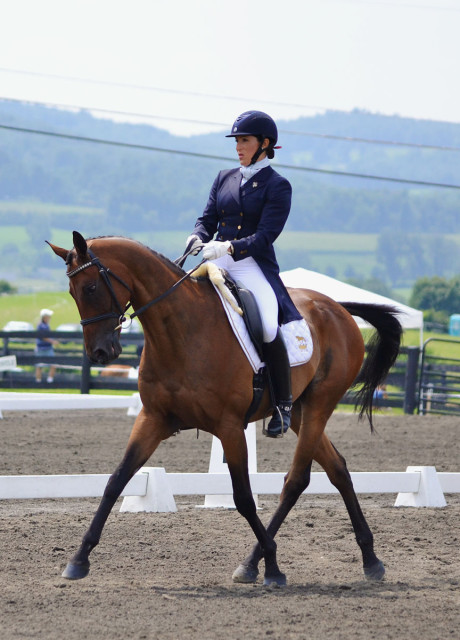 Anthony Patch, who is usually pretty quiet in his tests, was very much on his toes today, and he got away from Laine in the extended trot from M to F — not an uncommon occurrence across the division. It was fun to see him so pepped up — perhaps he realizes that he’s here this weekend to defend his title? This is one of Laine and Al’s prep runs before the American Eventing Championships in September, where they’ll also be defending their USEA Gold Cup title. Laine and Al scored 26.6 for second place.

Phillip Dutton and Fernhill Fugitive were first out this morning, scoring 27.8 to hold the lead for much of the day. Had the test come later in the day, they likely would have received higher marks; the same goes for Buck Davidson and The Apprentice — both had excellent, mistake-free tests. But that’s the rub when your test comes early in the day. That said, Sue Smithson kindly overlooked some of the exuberant displays of fitness that cropped up during otherwise lovely tests across the board, as it was chilly and overcast for much of the morning. 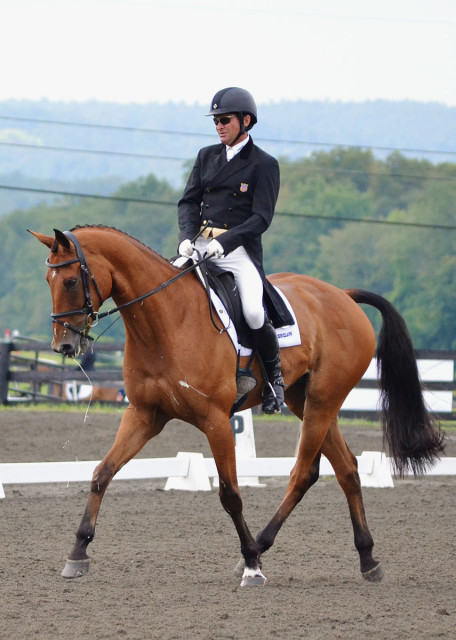 This was one of the nicest tests we’ve seen recently from The Apprentice, and Buck seemed thrilled with the effort, which scored 28.1 to tie for equal fourth with Wiley Post, his second ride in the division. That score also ties them with Boyd Martin and Steady Eddie, a little Australian Thoroughbred who is really starting to come along nicely. He’s still green to this level and working on building the strength he needs to put a little more wow into some of the movements, but this was a really nice effort from them.

It’s worth noting here that the horses and riders in this division are doing USEA Advanced Test A, which is the harder of the two new Advanced tests released earlier this year. Considering it’s a national level test, there are a lot of really challenging movements, like the shoulder-in down centerline from D to X and the flying change off the counter canter. We saw a lot of horses and riders trying their hearts out today. 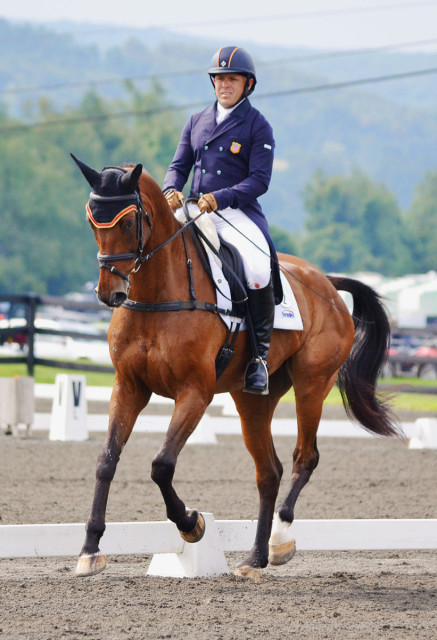 Buck Davidson and The Apprentice. Photo by Jenni Autry.

Colleen Rutledge and Covert Rights put in a very nice test in the horse’s first event back at this level since Pine Top Advanced in February, with just one little mistake when CR got away from Colleen in that extended trot from M to F. CR’s trot work has only improved in the time off, and while the canter is still coming along, he’s seriously impressive to watch. Colleen and CR scored 28.8 to sit in equal seventh with Boyd and Pancho Villa, who rode an accurate test. Boyd still has one more ride to come tomorrow with Master Frisky, tying Buck and Phillip for most rides in the division.

Hometown favorite Booli Selmayr received the loudest cheer of the day with Castle Diamond, scoring 32.5 for ninth place. Booli will also be riding in the PRO Four Bar on Sunday in pursuit of $1,000 in prize money. Phillip Dutton and Atlas and Liz Riley and It’s The Truth sit tied for equal 10th place on scores of 32.8. This is Atlas’ first time back at the Advanced level since Red Hills, when Phillip decided to drop him back to Intermediate to boost his confidence after a series of stops on cross country. Liz Riley looked absolutely over the moon after her test, which earned one of their best scores in Advanced to date. 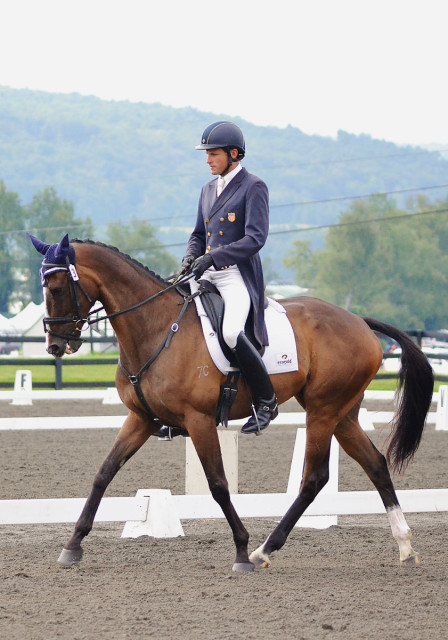 It’s been a wonderful start to the weekend at Millbrook, and I have to say thank you to the organizers and volunteers. Everyone has been incredibly friendly, and hospitality chairman Debra Flanigan insisted on giving me a meal ticket and ride to the lunch tent after Advanced dressage ended. Debra has been been volunteering at Millbrook for 14 years, and without people like her, events like this wouldn’t exist. Stay tuned for much more, and be sure to check out EN’s Instagram for Chinch’s latest exploits. He was last seen running wild in stabling. 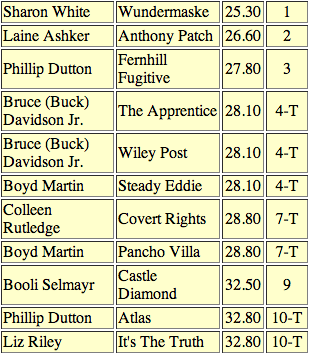