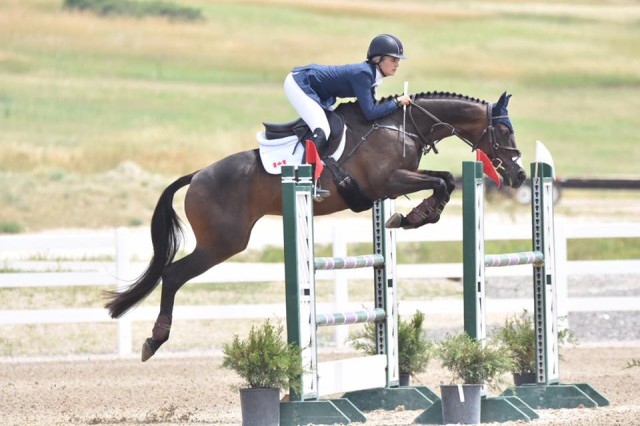 The 2016 Adequan FEI North American Junior and Young Riders Championship, presented by Gotham North, wrapped up today at the Colorado Horse Park. All horses presented for the CH-J* and CICY2* final horse inspection were accepted this morning, and Chris Barnard’s show jumping course later proved to be influential in the final standings.

Shelby Brost, 18, and her 13-year-old Thoroughbred mare Crimson were the CH-J* individual bronze medal winners last year. They returned to NAJYRC representing Canada once again this year at the two-star level and had a perfect weekend. They scored a 50.2 in dressage with family there to support them. They were double clear on cross country and today produced one of only four double clear show jumping rounds in the CICY2*.

Shelby and Crimson were the only horse and rider pair in the division to finish on their dressage score to win individual gold. Shelby also earned a team silver medal alongside her Ontario/Alberta teammates April Simmonds and Impressively Done, Jamie Kellock and Don’t Blink and Emma Green and Raniki.

The individual silver medal went to Clara Cargile and Nancy and John Cargile’s 16-year-old Irish Sport Horse White Indian, who dropped a rail and picked up two time penalties for a final score of 55.5. Clara will also have two medals to take home, as her Area V/IX team held on to its overnight lead to finish on the top tier of the podium on a combined score of 198.7, well ahead of Ontario/Alberta team on 218.0. Clara’s teammates Madeline Backus and P.S. Arianna and Alyssa Phillips and Bliss III both jumped double clear. 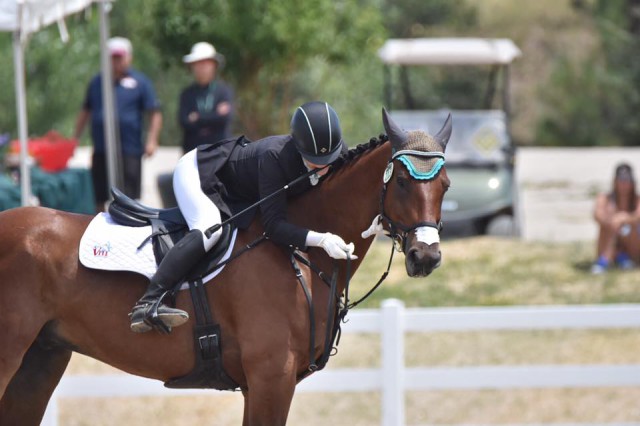 Area VI/VIII moved from second to third place in the team competition after an unfortunate tack malfunction led to a few too many penalties. Chelsea Kolman’s reins broke mid-round and as they only had a three-person team at this point, she had to figure out how to finish, so she pulled up and tied her reins back together before continuing on with Dauntless Courage. Great job getting it done for the team, Chelsea! 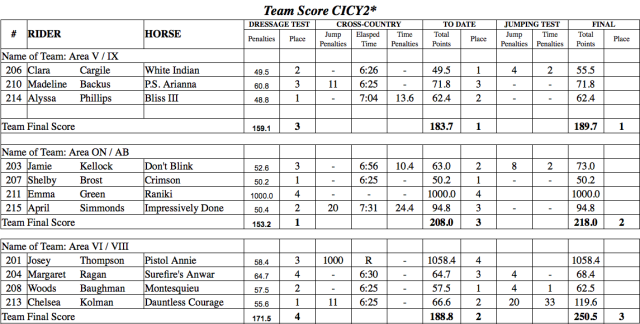 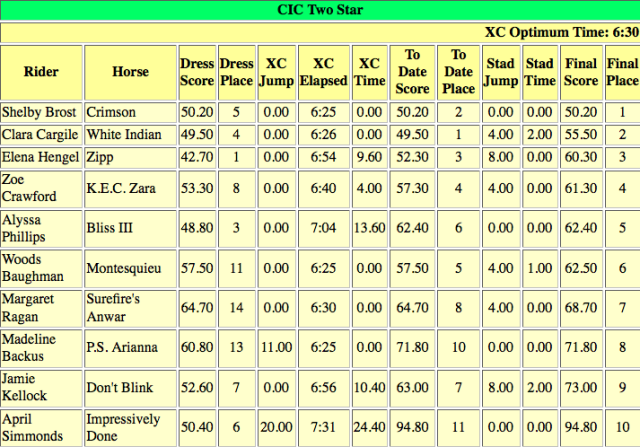 Area I went into show jumping today without the benefit of a drop score and with only one fence in hand over Area III. Cornelia Dorr and Sir Patico MH jumped double clear as did Katie Lichten and RF Luminati, and Erica Jarrell and Uni Sprite dropped their spare rail to win gold for Area I in the 2016 NAJYRC CH-J*.

Area III impressed everyone with four double-clear cross country rounds over yesterday’s tough course to move up from sixth to second. Today they added only eight penalties between their top three scores and the team of Mikensey Johansen and Grey Prince, Carson Richards and Fernhill Mr. Cool, Parker Miller and What Law, and Haley Curry and Resolute Protector secure their well earned silver medal.

The Area 3 1* Team became Silver Medalist’s this afternoon!! We are so proud of how hard these girls worked to earn…

Area VI was the best show jumping team of the day, as all three of their riders were double-clear. Delaney Vaden and Redrox Jazzman, Kelsey Holmes and NZB The Chosen One, Mia Farley and Fernhill Fine Diamond, and Megan Traynham and Lord Lombardi moved up from fourth place to finish on the podium wearing bronze.

The scores were very close on the individual leaderboard and there wasn’t a bit of breathing room at the top. The top ten riders occupied final scores between 45.9 and 49.9 and a tie breaker determined the ultimate winner.

Carmen Holmes-Smith, Haley Rosenberg and Haley Curry were in a three-way tie for third place individually on 45.9 after yesterday’s cross country. Clear rounds today from Carmen and Haley put them in a tie for the top spot, but due to her excellent timing on cross country (finishing two seconds under optimum) Carmen, 18, and Ali Holmes-Smith 11-year-old Spartacus ultimately won gold for Canada.

Haley and Sandra Holden’s 13-year-old Holsteiner gelding Evil Munchkin finished in the silver medal position, and Cornelia Dorr and her 10-year-old Zweibrucker gelding Sir Patico MH moved up from sixth to win the bronze medal with a double clear round and a final score of 46.6.

Congratulations to all the riders! Check back for more photos and interviews from NAJYRC 2016. 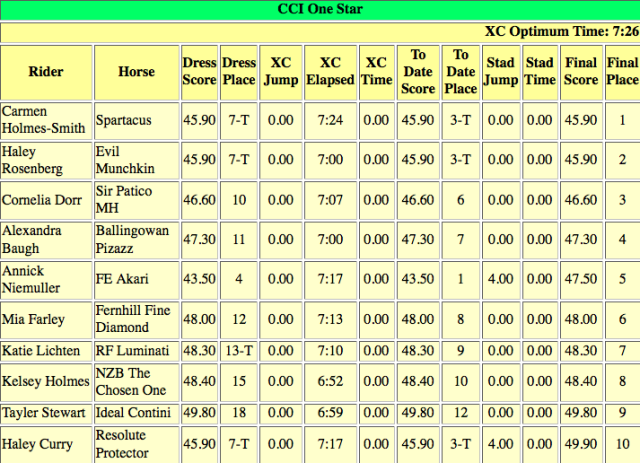