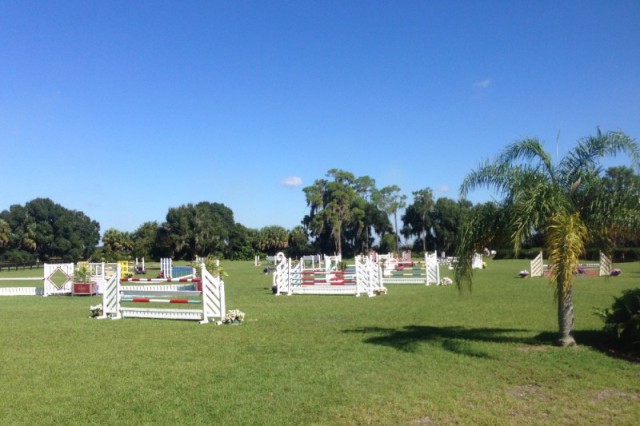 The phrase “every horse owner’s nightmare” is bandied about perhaps too readily in equine media, describing everything from three-legged lameness to colic to someone leaving the gate open. Steve and Debbie Stephens of Centennial Farm in Palmetto, Florida, however, are living a true nightmare as they struggle to piece together what happened to their newly-imported Grand Prix prospect, Phedras De Blondel.

The horse, a twelve-year-old Selle Francais gelding, was trained and campaigned by Christian Hermon in France and then sold to Debbie Stephens, an international Grand Prix champion, on October 18, 2015. Debbie continues to train and compete, while her husband Steve is a well-known course designer as well as a former show jumping champion in his own right. Phedras De Blondel shipped to the United States, passed quarantine, and arrived at the Stephens’ farm on Friday, October 23, 2015.

Here is Phedras De Blondel in his last performance in September in France with Christian Hermon in the irons:

On Sunday morning around 7:00 AM, October 25, when barn staff began the morning feed, the horse’s stall was empty. Staff searched the property, hoping to find Phedras De Blondel running loose. They discovered instead the grisly sight of the horse’s remains lying in a small paddock: his head, neck and ribcage, with the meat gone. The horse had been removed from the barn some time in the night and brought down to this paddock to be slaughtered.

As Steve Stephens reported to ABC Action News, he believes that the killers came to the farm intentionally to butcher a horse, but that Phedras De Blondel was not targeted specifically. A Manatee County Sheriff’s Department spokesman believes the same. This eerie story comes right on the heels of raids on three illegal horse slaughter facilities in Wellington, Florida, which were believed to have been in operation for years. The Stephens believe that the horse meat was sold on the black market, possibly in direct relation to the closing of those three illegal slaughter facilities. As a large, well-muscled horse, Phedras De Blondel would have been appealing as a meat animal.

The Stephens’ house is attached to the barn at Centennial Farm, and a security camera does run in the stabling area. Footage is being reviewed for any evidence, and security will be amped up around the farm. Other farms in the area are on high alert as well, fearful that something similar could happen to them next.

Our thoughts go to Debbie and Steve Stephens and all of Phedras De Blondel’s connections.