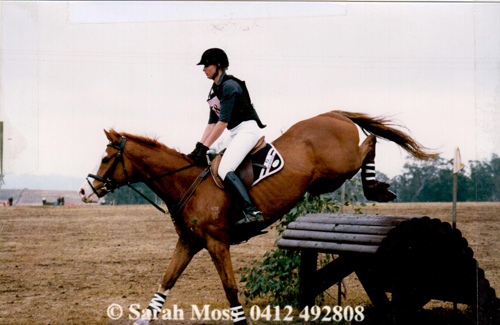 I have had the pleasure of knowing Boyd and Silva Martin for a long time, but I have to say that I never expected to read what I did on their blog this morning.  It’s all the rage these days for equestrians to switch disciplines.  From eventers such as Dough Payne spending time fine tuning their show jumping skills in the world of grand prix jumping to the high profile emergence of Marilyn Little-Meredith in the upper levels of eventing, crossing over into disciplines has been shown to not only work but work in a big way both from a publicity and competition results standpoint.  But the very real possibility of Silva switching to eventing and taking over the ride on Neville is both incredibly exciting and a real stretch.

In some sense, the conversion would make perfect sense.  Silva has competed Neville at the lower levels before, and she rode Boyd’s Adelaide 4* horse Brady Bunch around a two-star in 2005 after just two prep runs.  Silva obviously has incredible dressage skills so it would be a perfect combination to pair her with one of the most consistent eventing jumpers of all time.

There’s no doubt that Silva taking over Neville’s ride is a risk for US high performance eventing, but everything I have seen and heard about Otis suggests that he is already rivaling his stable mate for a team spot and of course Boyd also has Remington.  The timing is precarious and of course the word right now is “we’ll take it competition by competition and see how it goes.”  But reportedly the pair has received special permission to compete at the Fork and, with an advanced run, a CIC3* at Jersey, and the Bromont CCI3*, who knows if London might be possible.  Don’t worry folks, Silva received US citizenship a couple of years ago and Boyd tells me she will definitely be riding for the red, white, and blue.  We all know that Neville is a cross-country machine and the real question is what could he do sitting on a 21 going into the weekend?