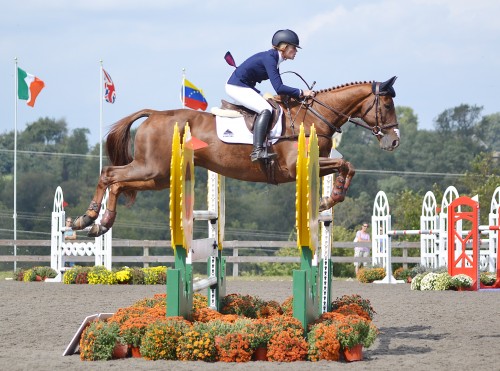 Sinead Halpin and Manoir De Carneville jumped a beautiful double clear round to hold their lead in the CIC3* on a score of 37.8 after the conclusion of show jumping at Plantation Field. Tate jumped beautifully today, and their recent work on the show jumping in the 1.20-meter jumpers at Devon clearly paid off. Jennie Brannigan and Cambalda also jumped double clear to remain in second place on 46.2, and Boyd Martin and Trading Aces moved into the top three with one rail down; they’re sitting on a score of 51.7. Marc Donovan’s show jumping courses always prove to be influential, and today was no different, with numerous rails falling throughout the afternoon. Twenty-two pairs pulled two or more rails, and the 10 pairs that managed double clear rounds were rewarded with big moves up the leader board. 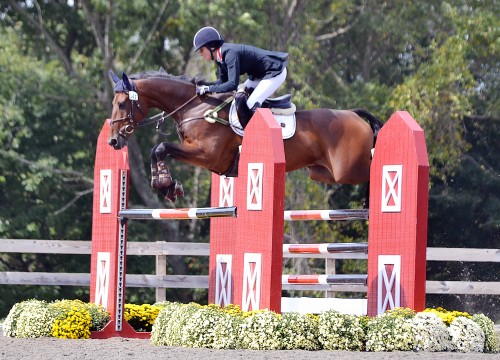 Having the show jumping before the cross country under the new FEI format helps some pairs and hinder others. Toward the end of the season when these horses are fighting fit — with many of them preparing to run a CCI3* before the end of the year — I imagine holding the show jumping before cross country hurt more than it helped. No Boundaries looked very feisty when Erin Sylvester entered the ring for her round, but Erin challenged his energy and delivered a beautiful clear round to move from ninth up to fourth place on a 52.2. Doug Payne and Crown Talisman were also rewarded handsomely for their double clear round, and they moved from 10th into the top five on a 53.1. This horse is incredibly powerful off the ground; every time I see him, I like him more and more, and I’m excited to see how this partnership continues to grow. 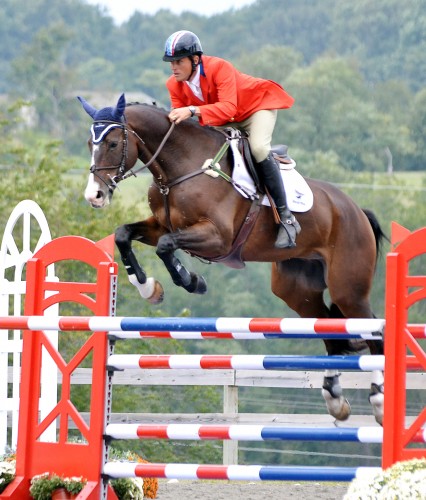 Marc offered two different lines for fences four, five and six, and riders seemed to choose both options about equally. One option took riders over a red plank at fence five to a black vertical at fence six and then a max USET oxer at fence seven. The second option started with a red and blue oxer at fence five, a black and gold vertical at fence six and ended with a red plank vertical at fence seven. Rails fail throughout the course, with no one jump playing spoiler. The first and second fences fell frequently; if riders managed to leave the first up, the second fence — a parallel oxer with butterfly standards — required a forward ride. The triple combination toward the end of the course also claimed multiple victims, with the middle element falling most often. 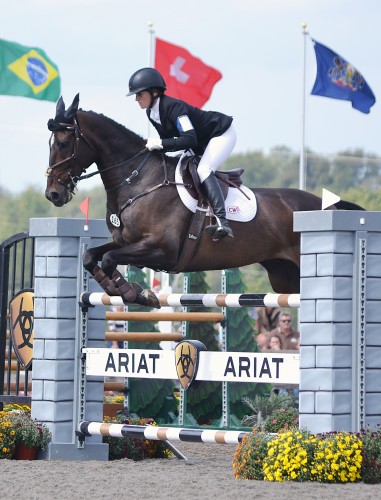 The Advanced division has already wrapped up, with the cross country running immediately after the show jumping and the CIC3* show jumping starting immediately after that, which made it impossible for me to bring you extensive coverage of the conclusion of the Advanced. But I’ll be uploading photos from the division to our Facebook page later this afternoon. Lauren Kieffer and Veronica snuck in to win, with Allison Springer and Copycat Chloe taking second, and Hannah Sue Burnett and Harbour Pilot finishing in third. CIC3* cross country starts at 12:24 p.m. tomorrow afternoon. I walked Tremaine Cooper’s course this morning with Kate, and there are definitely some interesting questions for the horses and riders to tackle. Stay tuned for the full course preview and much more from Plantation Field. Go eventing! 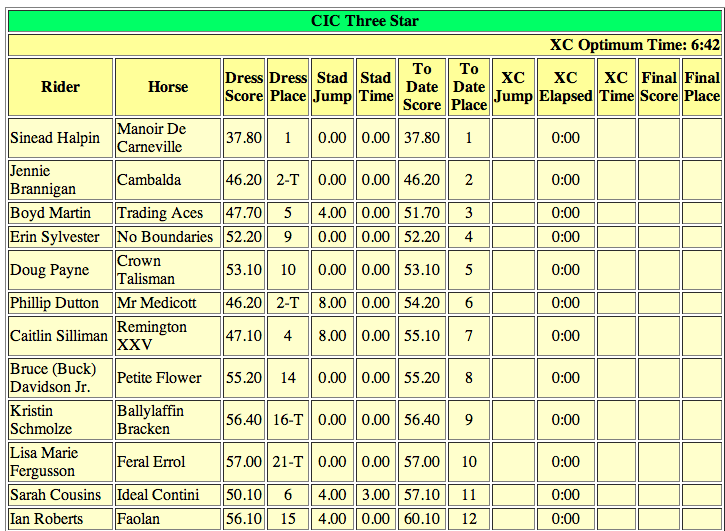