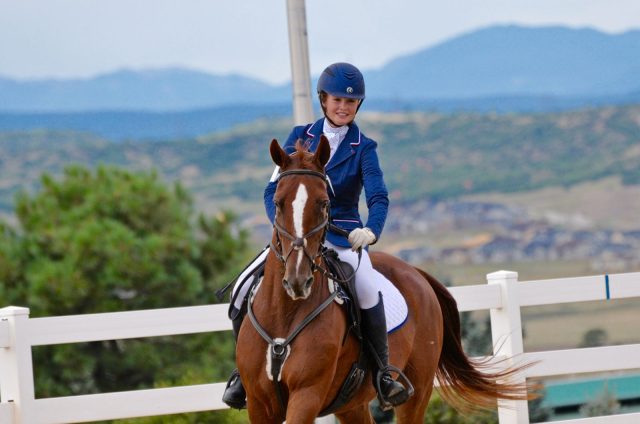 Eventers traveled from all across the country this past weekend to compete at the 2018 USEA American Eventing Championships. Skyler Norris and her Thoroughbred x Hanoverian mare Elegance (“Ella”) had a particularly interesting journey from their hometown of Cocoa, Florida, to the Colorado Horse Park.

This year marked Skyler’s third AEC and her second aboard Ella. Skyler came by the beautiful chestnut mare through a volunteer working at the Thoroughbred rescue her mother runs, Hidden Acres Rescue for Thoroughbreds (HART). Ella’s background was mainly in dressage when Skyler took the reins, and their 2017 season presented problems for the pair on cross country. “We were starting off at the top of the leaderboards, then dropping down due to some cross country jump penalties,” says Skyler.

The pair has worked tirelessly over the past year to perfect their cross country performance, and their hard work paid off when Skyler and Ella qualified for the AEC in the Junior Training division. 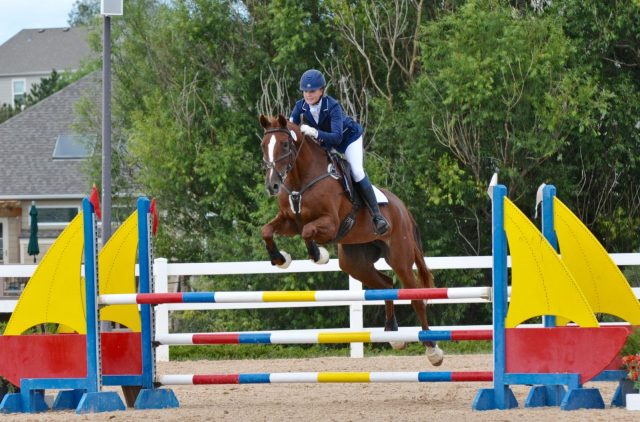 Skyler and her mare have a unique relationship. “The moment I saw Ella I knew she was special,” says Skyler. “Ella really tries her heart out for me, even if she’s really nervous.” Much like your typical redheaded mare, Ella requires a tactful rider to show off her talent and Skyler is just the girl for the job as the pair “can both be a little spicy at times.” Their 2018 show season ended with a bang when Skyler and Ella earned second place in the Training division at the Rocking Horse Spring H.T. 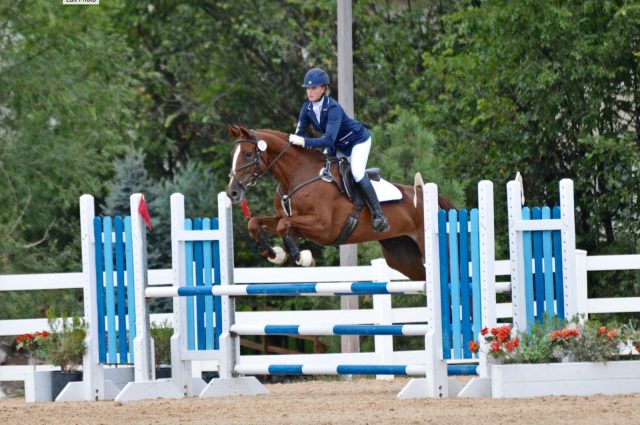 With an overnight stop in Houston, Texas, and two ponies to deliver to Corpus Christi, Texas, along the way, Skyler and her mother Suzee drove over 2,000 miles to Parker, Colorado, for this year’s AEC.

The journey wasn’t without its hiccups. Dark and early on the second day of their trip, Skyler and her mother were headed to the barn to pick up the horses. At 4:30 a.m. they were slowing down to turn into the barn when they felt a huge bump. Skyler’s initial thought was that they had hit a deer or they had turned into a ditch. Looking out the back window Skyler saw chunks of their trailer lying in the road and something that resembled a car. In nothing short of a miracle, the driver of the car that had collided with their trailer got out of the driver’s side door without a scratch on him. When it was confirmed that everyone was safe and unhurt, Skyler and Suzee’s attention immediately turned to making it the rest of the way to the AEC. 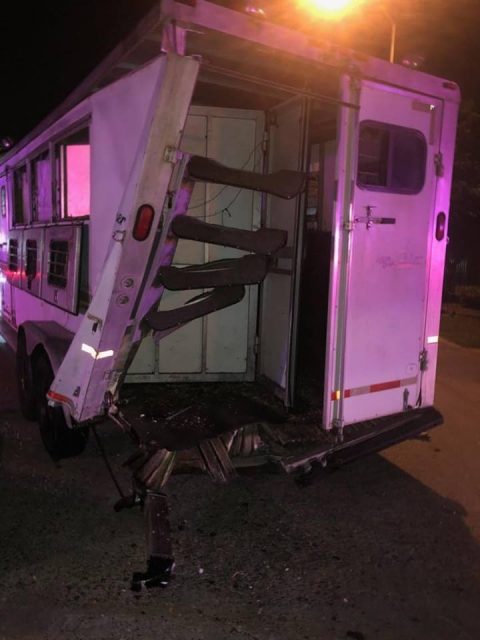 Thankfully the trailer was empty and no one was hurt! Photo courtesy of Skyler Norris.

When Skyler’s mother posted of their predicament on Facebook, the phone began to ring and didn’t stop for the next six hours. “We got calls from friends of friends of friends,” recalls Skyler. “Calls from people all over the country. It felt like everyone was trying to help us!”

One such friend of a friend was Sandee Slatery, owner and trainer at Limerick Stables. Limerick Stables is located in San Antonio, Texas, and offered the perfect spot to stop for an extra night on the road after the ordeal. Suzee was able to rent a three-horse bumper pull trailer and took the ponies to their destination in Corpus Christi, and then Skyler, Suzee and Ella pointed their wheels towards San Antonio. With everyone loaded into the borrowed rig and after a well-deserved nights rest at Limerick Stables, the trio finished their journey and made it to the Colorado Horse Park at 1 a.m. Monday morning.

The experience had a great impact on Skyler. “Having strangers assisting us really showed us how awesome the eventing world is,” says Skyler. “It didn’t matter that we were miles from home, people were putting so much effort into helping us!” 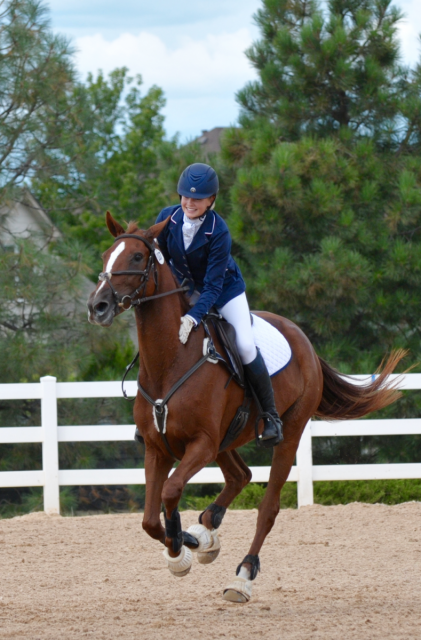 A big pat for Ella at the finish! Photo by Leslie Wylie.

Skyler and Ella finished 13th in the very competitive Junior Training Division. Skyler and Ella had a blast on the cross country course and really enjoyed the challenge it presented. “Just being able to compete at the AEC is a privilege and I can’t wait for next year,” she said.

The best part, however, was the true sense of community felt from all the eventers that joined together to get the pair to the AEC. “My mom has always taught me to help out whenever I can, and this time it was awesome seeing the help come our way!”

Catch up on all of EN’s 2018 American Eventing Championships coverage here.