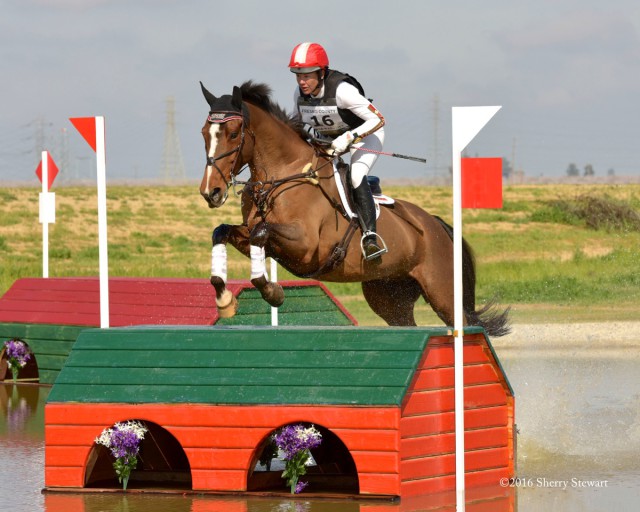 Saturday wrapped up the CIC2*, CIC* and inaugural Advanced divisions at John Marshall’s Fresno County Horse Park. It was a beautiful weekend to celebrate the success of the second longest running event in the nation and its continued expansion.

Tamie Smith, who is currently ranked 40th on the FEI rider rankings and the sixth ranked American, added to her total today with a win in the CIC 2* with Graceland Equestrian’s Lagos Star. Graceland Equestrian is the home of Chuck and Peggy Moore, who breed horses and purchased “Lego of my Ego” as a three year old. Now 9, this Oldenburg gelding is really starting to come into his own.

Tamie reflected on her winning weekend with Lego saying, “It has been a good winter getting to know him and developing a partnership. He’s truly been a diamond in the rough and I feel like he really trusts me now.” 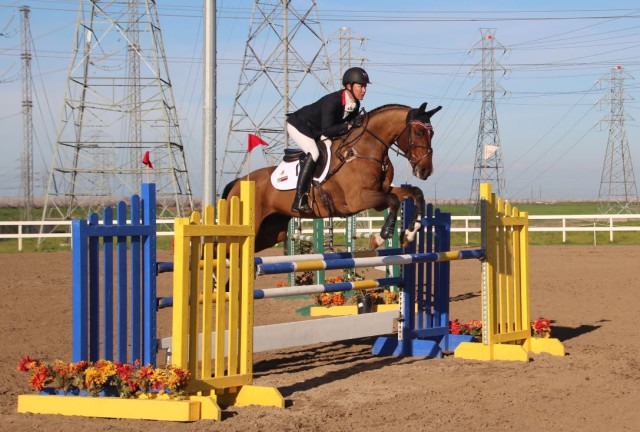 Tamie Smith and the Dempsey Syndicate’s Dempsey in the CIC2*. Photo by Sarah Moseley.

Tamie also completed the CIC2* in seventh place with the Dempsey Syndicate’s Dempsey – a horse that has a sort of cult following (meet him and you’ll understand). While they had time today cross country, it was all part of Tamie’s plan. “Dempsey had uncharacteristic rails yesterday so I worked on his gallop and rideability today. The two-star is starting to be very easy for him.”

That’s certainly a testament to the horse, because cross country proved it wasn’t a dressage test. Only two pairs went clear inside the time: Tamie and Lagos Star, and Robyn Fisher and the lovely 7-year-old mare, Betawave, who finished fourth in their first two-star.

Time put overnight leader Lauren Billys and the Purdy Syndicate’s Castle Larchfield Purdy in second. “I didn’t even wear a watch. I knew I would go for time if I wore one and I want to save him for later in the season.”

When asked about the weekend as a whole, Lauren was quite pleased with Purdy’s performance. “We’ve been working really hard and haven’t had a lot of outings with him so it was nice to get this kind of affirmation. One of his owners was here this weekend, and she’s from Fresno, so that was really kind of like a homecoming for me.” (Lauren also went to college in Fresno.) 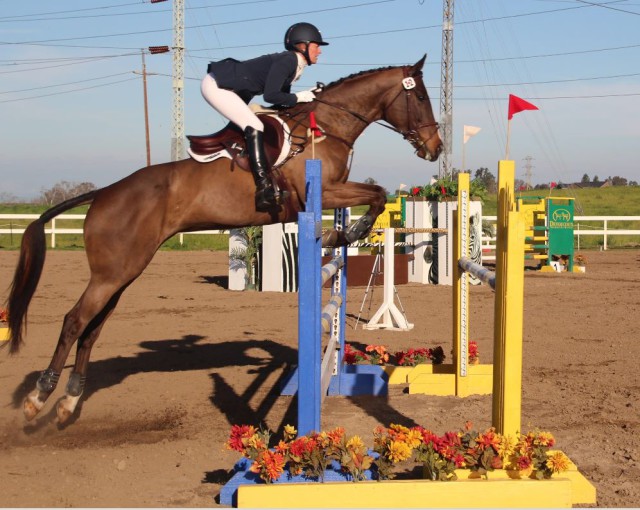 Andrea Baxter and her long time partner Indy 500 have been polishing their dressage skills and had a bit of a breakout season last year at the three-star level. Sitting fifth after dressage, Andy and her mare were foot perfect in show jumping and cross country, adding just 0.8 time to their score.

In the CIC*, it was a brilliant performance by the top three, all ending on their dressage score, but it was Hawley Bennett-Awad and Jan and Jerry Hawthorne’s OTTB High Duty who led from start to finish. 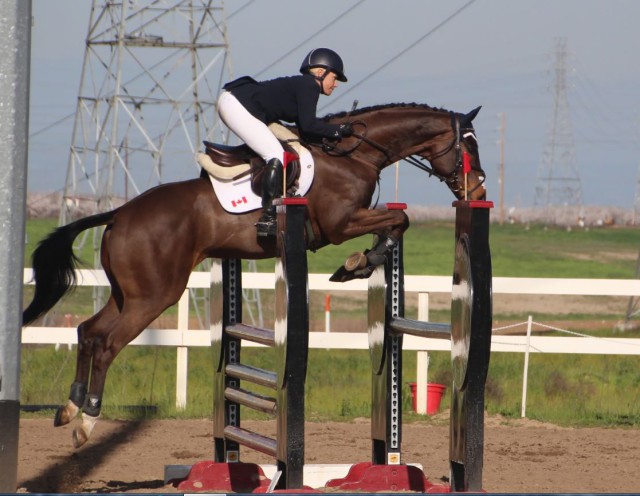 Hawley Bennett-Awad and High Duty were foot perfect in the CIC*. Photo by Sarah Moseley.

Hawley has believed strongly in this young gelding since the beginning and that faith is beginning to be seen on scoreboard. When asked to think about how HD had grown this weekend, Hawley responded enthusiastically. “HD learned a lot last fall at the one star at Galway. I had some great lessons this spring with Buck, and Ian Stark gave me some pointers to help with my show jumping. I am so lucky to have the chance to ride with the best coaches in the world. A huge thank you to Robyn Fisher and Nikki Hall who have supported and helped me so much with my dressage over the last few years.”

Kelly Pugh and David Garrett’s Corazon continued their success, despite a partnership of less than a year, and will be at Twin Rivers next. Bringing home third was Kelsey Holmes and her own Heart of Gold SE. “Sofia” is apparently feeling better than ever, which means she’s one to look out for as the 2016 season progresses. Not only did Kelly come in third, but fifth as well on her “squid,” NZB The Chosen One. 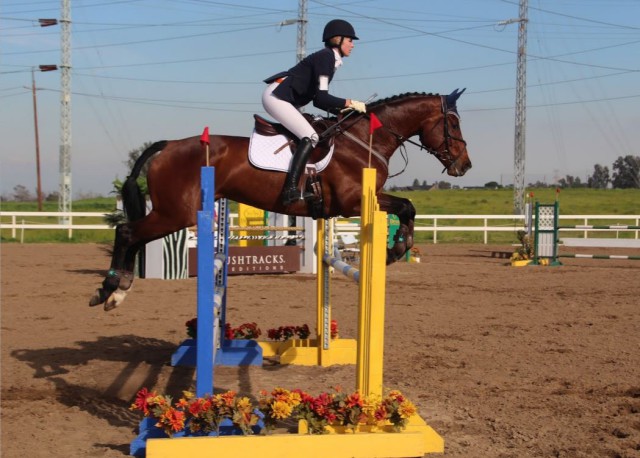 Kelsey Holmes and her own Heart of Gold SE had a perfect weekend to finish in third on their dressage score. Photo by Sarah Moseley.

Hawley was equally thrilled for two of her friends and students in the Advanced division. “And I am beyond excited for my students, especially Jen (McFall) for her first win in Advanced and Nikki (Ayers) completing her first Advanced!!”

Winner of the Advanced division, Jennifer McFall and her talented Holsteiner gelding, High Times, was full of praise for the new course. “John Marshall and his crew have obviously put a lot of blood, sweat and tears into developing FCHP and the results are impressive! I’m so happy to be part of his inaugural Advanced competition, and I am sure this event will continue to grow to match John’s enthusiasm.” 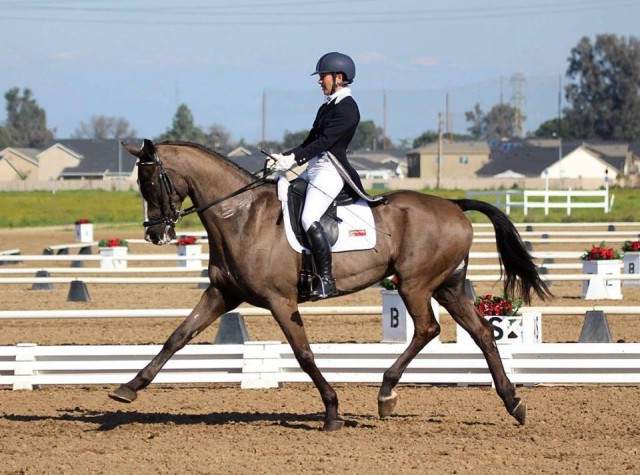 Winners of the inaugural Advanced division at FCHP, Jennifer McFall and her Holsteiner gelding, High Times, strutting their stuff in the sandbox. Photo by Gina Pearson.

Billy and Jen managed to keep the lid on their test despite a loose horse deciding to bounce around during their walk pirouette! From there, their hard work in the off season in show jumping paid off when they left all the rails up. Billy was full of enthusiasm on cross country, with his signature uphill canter making easy work of the new Advanced track.

Then came the Canadians! Sara Sellmer and her own TF Kreisler moved from sixth to second after a clear trip cross country. This was their first completed Advanced and their highest placing since a first place finish at Aspen Farms in June 2015.

Nikki Ayers and Andree Stow’s Rubicon also moved up from fourth to third after some time added cross country. While Nikki and Rubix had a miscommunication at the first fence in show jumping (Nikki reports that Rubix was right, of course), they put everything together to end their current trip to Area VI by becoming one of Canada’s newest Advanced pairs. 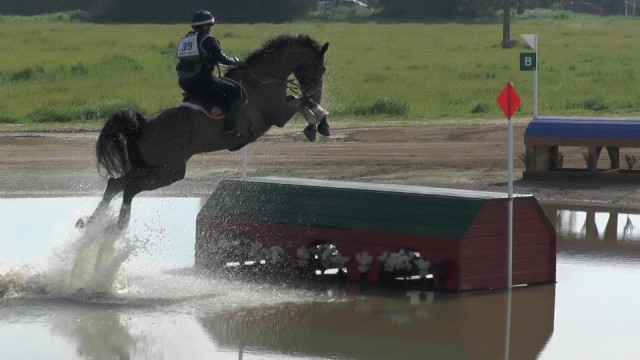 Gina Economou and Calidore decide that the new Advanced table could really be a little bit  higher and wider. Photo courtesy Ride On Video.

We’ll end with words from Hawley Bennett-Awad that we’ve heard echoed all weekend: “John Marshall has upped his game with the FCHP venue. The courses were fantastic and the footing was perfect. I know it takes a village to make this work, so from myself and all the competitors thank you and your team! The hard work has not gone unnoticed. We will be back!”

Thanks to Sherry Stewart for sending in these great shots from cross country! 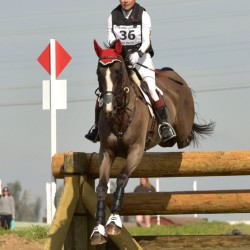 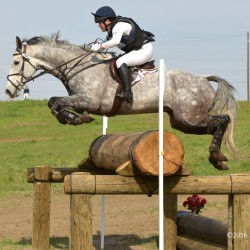 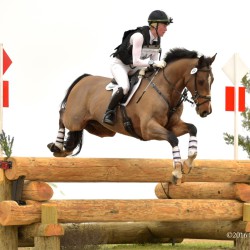 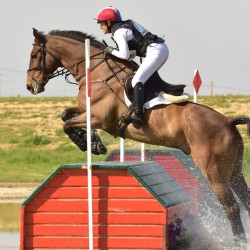 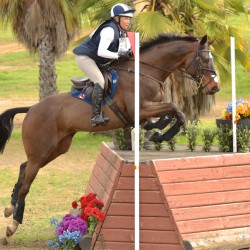 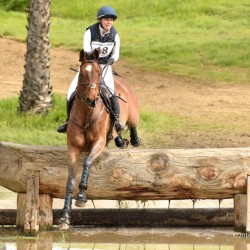 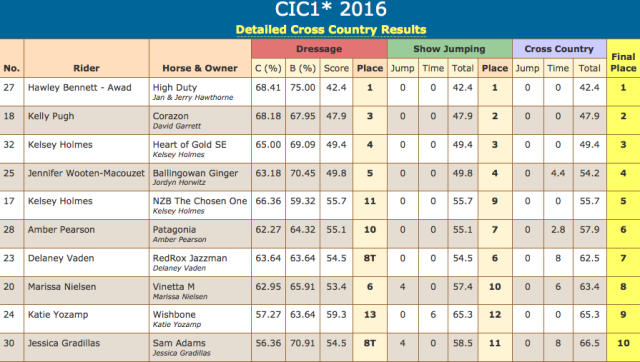