The Fork Horse Trials will take place at its new home at the Tryon International Equestrian Center for the first time April 5-9, 2017. Mark Bellissimo of Tryon Equestrian Partners and his team have been busy converting the neighboring White Oak golf course into a world class Advanced and CIC3* cross country course. EN was invited for an exclusive sneak peek at the new track last week and to learn more about the vision for the course. Thanks to TIEC for the tour and thanks for reading. Go Eventing.

The view from “spectator’s hill.” Photo by Leslie Threlkeld.

“I’ve played golf once in my life, but every time I see a golf course I want to gallop down the middle of the fairway,” Tremaine Cooper said. For the Advanced and CIC3* competitors at The Fork Horse Trials coming up April 5-9 at the Tryon International Equestrian Center, they’ll get the chance to do just that.

Tremaine has co-designed all The Fork’s cross country courses with Captain Mark Phillips, but the highlight of this event will be the new Advanced and CIC3* track built on neighboring land that was once the Arnold Palmer-designed White Oak golf course. As TIEC is the host site for the 2018 World Equestrian Games, the course’s debut next month will give us a preliminary look at what’s to come for WEG.

While the course seems to have a natural flow, transforming a golf course into a top level cross country track was no easy feat. “The best courses design themselves,” Tremaine told EN. “There are beautiful gallops on the fairways, but connecting them all was the challenge. It was a little tricky with the river down the middle, but they widened all the bridges and they were reengineered so they have a nice line through them.”

Some of the existing terrain lends itself to certain types of jumping questions, but in other areas sand traps had to be filled in and tee boxes knocked out. “There isn’t as nice of turf on those areas, but they’re putting down their special footing mix on the newer ground. In the future it will be gorgeous.” 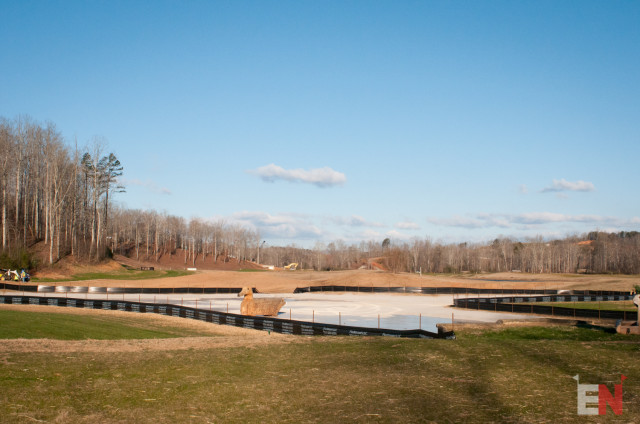 One benefit to the golf course’s infrastructure is the built-in irrigation system that will be extremely valuable for maintaining the footing over time. During the event, you may notice the seemingly random placement of potted plants and other decorations. These may be covering sprinkler heads, drains and other irrigation equipment.

Besides the pressure of getting ready for WEG, The Fork has long been a critical prep event for Rolex-bound competitors. “It’s our responsibility to give them a good run before Rolex, and that was definitely in our minds when putting everything together. Hopefully we’ve accomplished that.”

The cross country course is just one of many projects taking place at TIEC in the lead up to WEG, but it’s clear that no expense has been spared to develop a proper track for the eventers.

“The team as a whole at Tryon, including Mark Bellissimo, they’re such long term visionaries,” said The Fork Organizer Shelley Page (who was an absolute trooper to give me a tour on a freezing, windy morning last week). “They don’t just look at the here and the now, they’ve already moved years down the road and are building at the far end of the vision. It’s really exciting to be involved in that kind of positive forward thinking.” 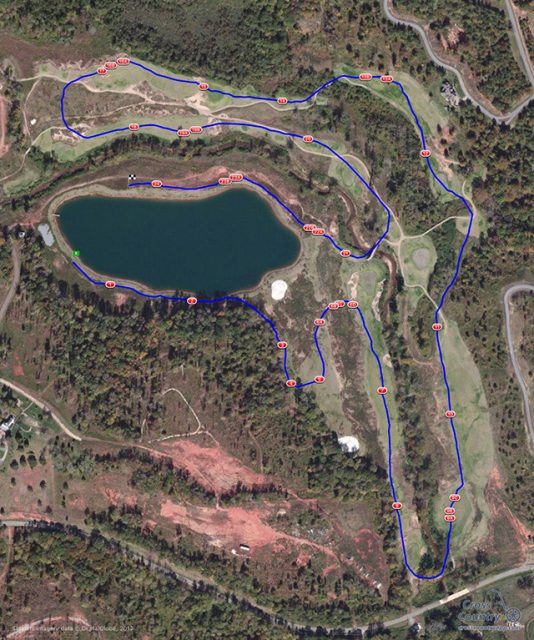 On cross country days, hospitality areas open to the public will be set up on multiple sections of both courses with convenient walking paths connecting them. On the new Advanced/CIC3* course, old golf cart paths are conducive to easy touring of the whole track, and a large hill by the lake has been cleared for spectators, where they can see much of the course from one location. TIEC always welcomes spectators free of charge, and with plenty of restaurants, shopping and kid friendly activities, The Fork will be a great outing for the whole family.

The Fork is utilizing the USEA’s new Volunteer Incentive Program website to organize the small army of volunteers necessary to pull off an event like this one. Anyone interested in signing up to help out can get more information at this link.

EN will be on the ground at The Fork to bring you all the news you need to know from the event. 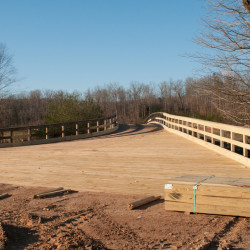 Specially engineered bridges connect different areas of the course. They will be covered with all-weather footing for the event. Photo by Leslie Threlkeld. 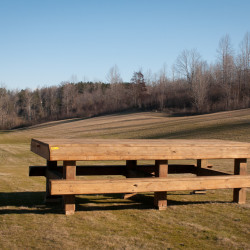 Wide open galloping tracks are a key feature on the new course. Photo by Leslie Threlkeld. 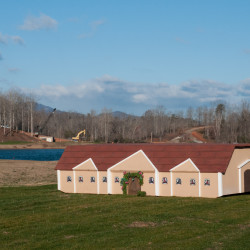 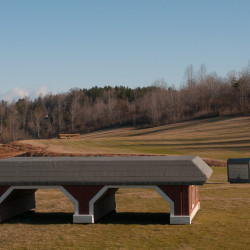 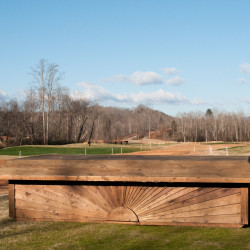 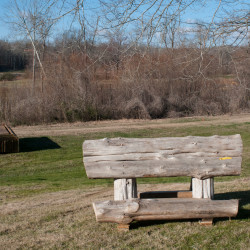 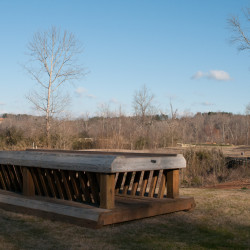 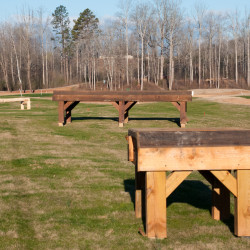 Horses will approach this series of jumps the opposite way of what is shown here. The morning light was all wrong to show it the correct way. Photo by Leslie Threlkeld. 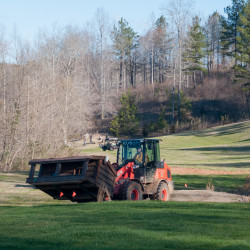 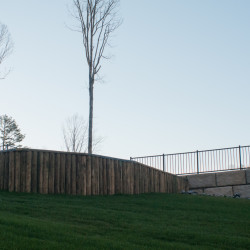 A drop bank built right next to a spectator viewing and hospitality area and leading down into The Glades. Photo by Leslie Threlkeld. 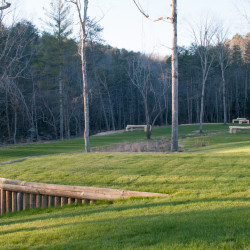 The Glades. This area was used for the upper levels at the AEC and has been revamped for The Fork. However, it is not on the golf course side so will not be negotiated by the CIC3* and Advanced competitors. Photo by Leslie Threlkeld. 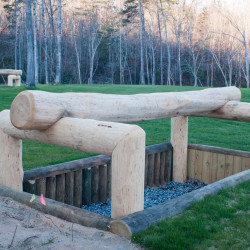 A turning question in The Glades. Photo by Leslie Threlkeld.