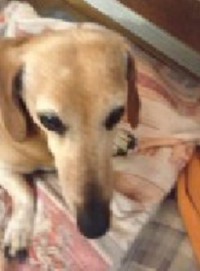 The term “social media” has become a big part of our contemporary vernacular, and it strikes me as an especially dumb expression. Facebook, twitter, instagram, flickr and others that seem to have popped up overnight in many ways are cool, but there are also some negative sides to their existence. A wise friend once observed that despite all the amazing ways we have to communicate today, communication is no better than it was back in the pen-and-ink and face-to-face conversation days — and in fact, perhaps isn’t even as good.

The positive is that these methods of communication are great for keeping in touch with individuals that one otherwise would lose track of completely. From complicated marks on stones, drawings on cave walls, weird symbols on papyrus, formalized writing with pen and ink on paper, to typing, word processing, faxing, emailing, texting, and now facebooking and self-limiting quick notes via one or more of the above named platforms, we’ve evolved. It’s become a game of brevity, bad spelling, and increasing ease of function. All positive so far (except for the bad spelling). Calling a gathering together, asking for event volunteers, getting a quick message out to a selected audience, checking in on Granny. Good. Describing in excruciatingly graphic detail one’s day, one’s flu symptoms, or one’s daily caloric intake. Not bad, but definitely leaning strongly toward the tedious.

Where I take exception is when these instant access methods are used in an effort to be the first to know something. and to be seen as an insider to news whether accurate or not. (I won’t delve into the especially odious misuse in the form of bullying, sexual predatory behavior, etc. I’ll let the authorities deal with that!)

I first became aware of the “being the first to know via social media” syndrome several years ago at the event I ran. A horse tragically died in the dressage arena during a CIC Two Star test. Before order had been restored and the event restarted, something that took exactly eleven minutes start to finish, a report of the incident had appeared on the Chronicle Forum. It turned out that one of the volunteers submitted a not very accurate description of the incident via her smart phone. Really, really tacky. Not the way such things should be revealed. It’s gossiping over the back fence on steroids – and the sad thing is, absolutely nothing can be done to stop this. Watch the evening news if you can stomach it. People beating other people, traffic accidents, scenes from disasters – all grainy, jerky. out of context “true story” depictions via cell phone videos.

My other personal pet peeve is when social media use evolves from being an interesting personal report of happenings into blatant self promotion. It becomes a plunge from “Enjoy this moment through my eyes,” to “Look at me. Look at me. I am unbelievably talented and wonderful and deserve your adulation and support.” I can understand why an individual would want exposure in the public eye. Financial gain, potential political advantage. I’m just not sure this is the way to do it.

Speaking personally, (and bear in mind that writing a blog, by its very nature. is nothing more than an excuse to express personal opinion), I am much more impressed by what a person does than what he/she says he/she is going to do or has done. The phrase “Let the record speak for itself” applies here. I am also mindful of the Sports Illustrated hex. Many athletes who have appeared on a cover of this magazine have been jinxed by it and suffered a streak of bad luck. Alas, pride often does goeth before a fall. Ditto boastful comments.

Maximally effective manipulation of social media is a delicate balancing act. Use it judiciously, but don’t over use it.

Thanks for letting me prattle. Enjoy the day!