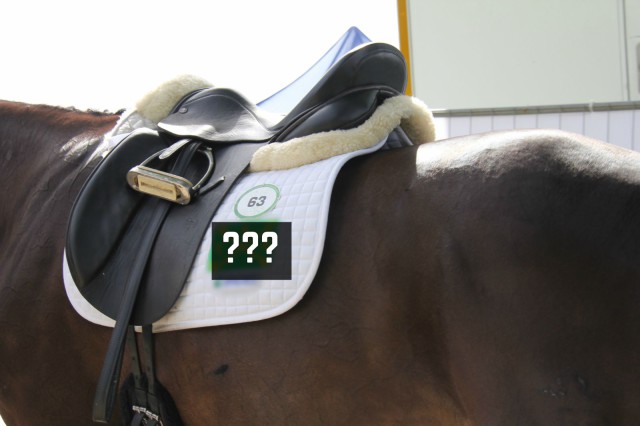 If a sponsorship offer comes your way that smells fishy or seems too good to be true, think twice before buying in. Photo by Leslie Wylie.

Many of us look with envy at those riders who have sponsorships — after all, they are getting free (or discounted) horse products. Who wouldn’t want that? The following is a warning about a certain company that has been conducting a large outreach under the guise of a “partnership.”

I will be writing a second article within the next few days to go over the “boring” rules if you want to be sure not to get penalized and fined by horse sport governing body for having the wrong classification. But I wanted first and foremost to issue this warning to people to be careful of what they agree to, as there has been one company that has been conducting a huge outreach to boost their sales while perhaps behaving somewhat unethically in terms of how they are phrasing it and conducting their marketing.

It still is a fine product that is very well-known over in Europe. I just have personal issues with how they are conducting their marketing and getting people to buy their product. So by all means you can still accept their offer. I just wanted to offer a word of warning that they are doing this with MANY, many people and that it might not be all it seems cracked up to be.

I won’t name any names, but they have not only personally conned me into buying their product at a discounted price under the guise of a “partial sponsorship,” but they have also reached out to at least four of my friends on Facebook within the past few months as well, three in the past couple days. I wouldn’t be surprised if many of you reading this have been targeted as well.

I was contacted by this company on Facebook a few months ago with a “partial sponsorship,” which was a discount off of their merchandise in exchange for promoting the product, putting stickers on my truck and trailer, etc. I thought, great! Sponsorships aren’t easy to come by, so anything that gets my name out there more in order to get more would be great.

However, the alarms should’ve been going off that it was very strange that a company reaches out to you with a sponsorship. That doesn’t normally happen; I won’t say it never happens, but usually you have to at least have some sort of relationship with the company. More alarms should’ve been going off when they said they found me on the FEI ranking lists, where I actually only have one point, so I’m essentially tied for dead-last.

Why would they reach out to someone based on that? Well, as you will see, it wasn’t the “sponsorship” deal that they told me and we initially agreed to.

They waited until I had received my order to contact me to tell me not to tell anyone that I have a sponsorship with them. They wanted me to keep it secret that I was getting incentivized to promote their product, under the weak claim that their distributors were getting upset that the manufacturer was doing this promotion. I absolutely did not like how sneaky and underhanded that seemed, so I told them no, I would not do that, and that our relationship is over.

I place great value on honesty and promoting quality products and companies. But I also value transparency, if I’m getting incentivized by someone, you should know that so you can take that into account. I’m currently sponsored by Nutrena and Prestige Saddlery, both quality products that I’ve been using for many years prior, but there should also be an asterisk if I talk about horse feeds or saddles. That’s just what ethical standard that we, as people being incentivized by a company, should uphold.

I was very disappointed and upset for two reasons. One, they tricked me into buying their product. They knew that just having a “sale” wouldn’t get them many customers, so they personally reached out to people via ranking lists to make it seem more personal and more of a partnership. I wouldn’t have bought the product if it wasn’t a sponsorship.

I was also disappointed and upset that they are CONTINUING to do this, offering people partnerships (or whatever phrase they are terming it now) by personally contacting them through Facebook (maybe other channels too, I’m not sure) when at the same time they are telling them not to tell anyone about it. So they’re sponsoring people, even if they aren’t “calling” it that. They are giving discounts on their products in exchange for promotion of the product.

This is still going on after they claimed they did not want me calling it a sponsorship anymore because their distributors were upset. Yet they continue with it anyway. It was someone from the family who contacted me (had the same last name as the company), although now I’ve noticed that he had to create a NEW Facebook page that he’s been using to contact people recently. Everything about it is just shady, in my opinion.

So take this as a warning: If you receive any message or request from a person representing a company offering you a “deal” or “partnership opportunity” or whatever they are choosing to call it now, be wary. As I will explain in the next article, you are entering dangerous territory in terms of being classified as a Professional. If you still want to take the discount and buy the product, then that is your choice.

I just wanted to send out this warning to my friends in the eventing community (and beyond) that this company is engaging in very shady behavior. While nothing they are doing is illegal, it’s very ethically and morally compromising, definitely in a gray area of being not forthright.